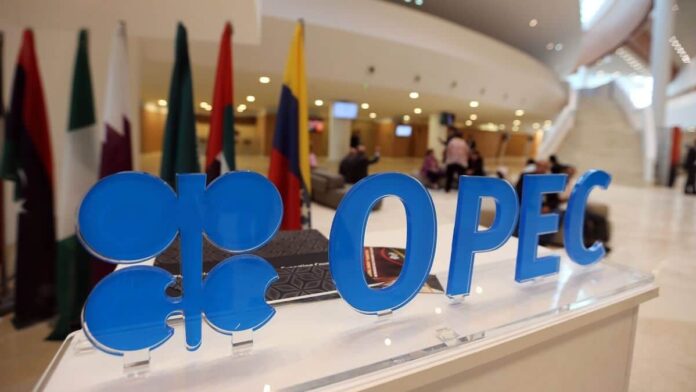 The Organisation of Petroleum Exporting Countries (OPEC) and allies (OPEC+) has agreed to gradually boost oil output in May 2021 by 350 kiloliters barrel per day (kb/d), in June 2021 by 350 kb/d and in July 2021 by 441 kb/d. In addition, Saudi Arabia will reduce voluntary outputs cuts of one million per day that started in February 2021.

In March 2021, the OPEC+ agreed to a continuation of the production levels of March 2021 – when the production cut reached 8.05 million barrel per day (mb/d) – in April 2021 for most member countries. However, it was noted that Russia and Kazakhstan were allowed to increase their crude oil production by 130 kb/d and 20 kb/d, respectively.

The two countries had been already authorised to raise their output by a combined 75 kb/d in February 2021 and a further 75 kb/d in March 2021. In total, for next two months, OPEC+ Raised Output By 1,141Kb/d.

The 15th meeting of OPEC and non-OPEC Ministers that took place via videoconference on Thursday, 1 April 2021, under the Chairmanship of HRH Prince Abdul Aziz bin Salman, Saudi Arabia’s Minister of Energy, and Co-Chair HE Alexander Novak, Deputy Prime Minister of the Russian Federation.

According to statement released by OPEC, the meeting emphasized the ongoing positive contributions of the Declaration of Cooperation (DoC) in supporting a rebalancing of the global oil market.

These outcomes are in line with the historic decisions taken at the 10th (Extraordinary) OPEC and non-OPEC Ministerial Meeting on 12 April 2020 to adjust downwards overall crude oil production, and subsequent decisions.

The Ministers noted, with gratitude, the value of the prudent policy approach by Saudi Arabia of maintaining its additional voluntary adjustments of 1 mb/d in April 2021 for the third month in a row.

The Meeting approved the adjustment of the production levels for May, June and July 2021, while continuing to adhere to the mechanism agreed upon in the 12th OPEC and non-OPEC Ministerial Meeting (December 2020) to hold monthly OPEC and non-OPEC Ministerial Meetings to assess market conditions and decide on production level adjustments for the following month, with every adjustment being no more than 0.5 mb/d.

Thus, the Ministers reviewed the monthly report prepared by the Joint Technical Committee (JTC), including the crude oil production data for February.

They recognized the improvements in the market supported by global vaccination programmes and stimulus packages in key economies but noted that the volatility observed in recent weeks warrants a continued cautious and vigilant approach in monitoring market developments.

The Meeting observed that in February, oil stocks in Organisation for Economic Cooperation and Development (OECD) countries fell for the seventh consecutive month, but still remained above the 2015-2019 average.

The Ministers noted that since the April 2020 meeting, OPEC and non-OPEC participating countries in the DoC had contributed to adjusting downward global oil supply by 2.6 billion barrels of oil by the end of February 2021, which has accelerated the rebalancing of the oil market.

OPEC+ expressed their thanks to those countries that have submitted plans for previous compensation shortfalls and continue to work towards compensating for overproduced volumes. They urged all participants to achieve full conformity to reach the objective of market rebalancing and avoid undue delay in the process.

In this regard, the Ministers agreed to the request by several countries that have not yet completed their compensation for an extension of the compensation period until the end of September 2021.

The oil and gas industry can be part of the solution to climate change. OPEC possesses critical resources and expertise that can help meet the challenge of reducing global greenhouse gas emissions.

The group said it will explore ways to enhance collaboration in this important area, saying G20 leaders have already endorsed the strategy advanced by Saudi Arabia to deal with climate change – the Circular Carbon Economy and its 4Rs – reduce, reuse, recycle, and remove – as an inclusive and balanced solution for dealing with greenhouse gas emissions.