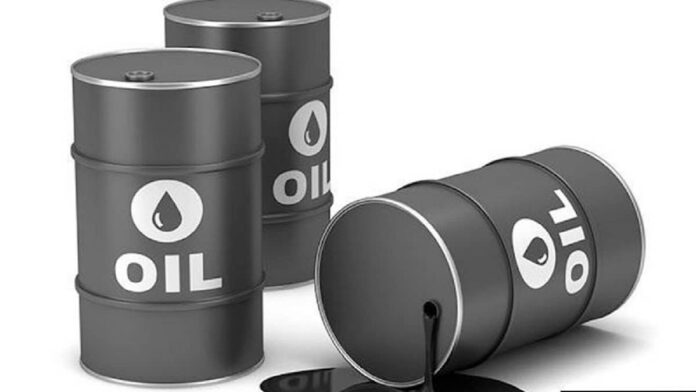 Oil Prices Rise over Signs of Economic Recovery in China

American benchmark West Texas Intermediate (WTI) was at $66.09 per barrel at the same time for a 0.73% rise after it ended the previous session at $65.61 a barrel.

Oil markets started the week on an upward trend after last week’s euphoria over US President Joe Biden’s $1.9 trillion coronavirus relief bill that was signed into law.

The bill is expected to heal the economy of the world’s largest oil-consuming country by providing $1,400 in direct payments to most Americans, expanding the child tax credit rate up to $3,600, and boosting funds for state and local governments reeling from the coronavirus pandemic.

Crude oil prices were also helped by China’s daily refinery throughput, which increased 15% in the first two months of this year compared to last year.

According to data from the National Bureau of Statistics, refinery processing in the country reached 114.24 million tonnes in January and February, indicating an improving economy.

Although the acceleration of vaccine rollouts throughout the world looks promising, vaccine safety concerns are casting doubts over oil demand recovering in the short term.

Following similar moves by other EU countries last week, the Netherlands suspended the rollout of the Oxford/AstraZeneca vaccine over fears of serious blood clots.

Ireland, Denmark, Norway, and Austria had already suspended their rollouts of the AstraZeneca vaccine.

Crude oil prices, which are indexed to the US dollar, also came under pressure with the rising value of the greenback.

The US dollar index, which measures the value of the American dollar against a basket of currencies including the Japanese yen, British pound, Canadian dollar, Swedish krona and Swiss franc, rose 0.14% to 91.81.

The price of OPEC basket of thirteen crudes stood at $68.14 a barrel on Friday, compared with $67.39 the previous day, according to OPEC Secretariat calculations.

During the week ending March 12, Oil prices slipped more than 1% as investor worries over travel restrictions because of potentially ineffective vaccines ahead of the driving season.

On Friday, international benchmark Brent crude traded at $69.46 , posting a 1.53% decrease from Monday when trade registered at $70.54 per barrel.

Recalled that oil prices started the week on bullish sentiment as the OPEC+ decision to hold production steady for another month in April tightened supply.

Nonetheless, the appetite for profit-taking diminished after the American Petroleum Institute (API) announced its estimate of a rise in US oil stocks on Tuesday.

Although, gasoline inventories recorded a surprising decline, signaling demand recovery before the start of the driving season.

However, investors are still not confident of a swift economic recovery with the questionable effectiveness of some COVID-19 vaccines and the possibility of more travel restrictions.

Health authorities in some European countries, including Denmark, Norway and Iceland, banned the COVID-19 vaccine developed by AstraZeneca and Oxford University amid reports of severe or fatal blood clots in vaccinated people.

On the other hand, US consumer prices, which measures changes in the price of goods and services from a consumer’s perspective, increased 0.4% in February.

Analysts believe this came in line with market expectations, reflecting a more positive outlook for markets and oil prices.

On an annual basis, the Consumer Price Index was up 1.7% in February from the same month in 2020, again in line with market consensus.

Positive forecasts from the EIA and OPEC for the short and long term also exerted upward oil price pressure.

The EIA said in its March Short-Term Energy Outlook that forecasts depend heavily on future production decisions by OPEC+, the responsiveness of US tight oil production to higher oil prices, and the pace of oil demand growth.

In its monthly oil report, OPEC said higher oil demand was expected in the second half of the year in line with expectations of solid economic recovery and the positive impact from vaccination rollouts.

Oil Prices Rise over Signs of Economic Recovery in China