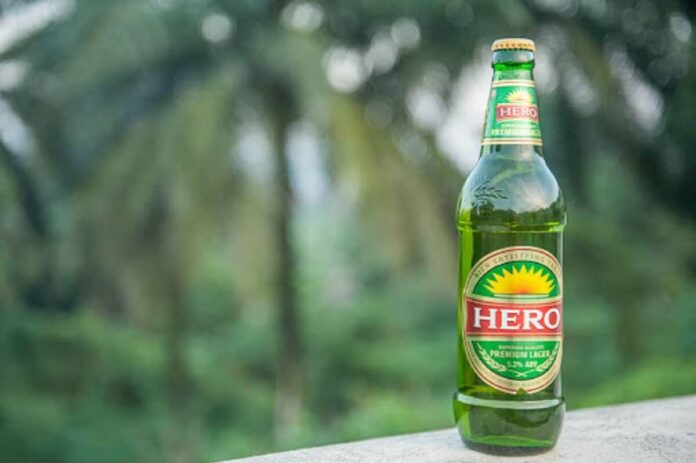 International Breweries Plc. (Ticker: IntBrew) is projected to return to profitability in 2023 at most, with possibility of making dividend payment to shareholders after cumulative losses of N44.02 billion in 3-years.

Following the warmish economic growth, Meristem Securities projected that the brewer will sustain another loss in 2021.

After closing at N5.8 per share, investors valued IntBrew at N155.799 billion on 26.862 billion shares outstanding. According to market data, IntBrew has gained 25 kobo from N5.55 in the last 7 trading session on the local bourse.

At N5.70, equity analysts at Meristem Securities think the company’s stock has 3.3% downside risk, which appears to have strengthened after closing at N5.80 on Thursday.

AB InBev Nigeria holdings BV shareholding stood at 78.44% as at the financial year end 2020, followed by 8.85% by Brauhasses International Management GMBH with N20 billion free float on NSE main board.

Effectively, two major shareholders accounted for 87.29% of shares outstanding in the company as 2020. However, there is no indication that this position has been adjusted.

In its financial year 2020 audited report, the Brewer’s earnings performance was peppered by foreign exchange loss. This is quite typical for the breweries industry due demand for foreign currency for raw material purchased.

For the fast moving consumers’ goods segment that rely heavily on foreign currency supply, there is bleak outlook for the industry performance as FX scarcity persist.

Though, international breweries that has been embroiled in market rivalry with peers in the quest to gain market share, resulting to discount pricing strategy.

While this has raise market share significantly, it has been at the expense of profitability. But as market penetration strategy, International Breweries price discount strategy has worked a great deal.

In the pandemic year, it was magical that the company was able to drive revenue growth amidst tepid economic growth performance with lean household wallets.

But recently, the company has been able to raise its big foot in the market space, thus revenue has been maintaining an uptrend though still less profitable when you compare margin.

Meristem Securities Limited said in a report that the brewer was able to sustained revenue growth in 2020 amidst pandemic-induced economic stress.

“International Breweries Plc. managed to sustain its upward revenue trajectory, after a shaky start to the 2020 financial year”, analysts said.

Specifically in 2020, the brewer reported a 3.35% year on year growth in revenue to ₦136.79 billion, overcoming a challenging first half during which revenue was down 11.68% year on year due to social restrictions and absence of on-trade sales.

Meristem believes that a gradual reopening of on-trade channels and festivity driven demand fueled the rebound in third and fourth quarter sales.

In these last quarters, International Breweries saw demand rising up 22.79% and 16.90% year on year respectively, resulted in cumulative year on year growth.

“For 2021, our expectation for revenue growth is anchored on a more robust recovery of on-trade sales – which is responsible for almost 70% of total industry sales – as vaccination efforts in the country gather momentum”, Meristem Securities projected.

Analysts believe that this should support alcohol volumes over 2021, which the firm forecasts would come in higher, due mainly to a lower base from last year.

On product pricing, Meristem said although there has been no clear guidance from Management, analysts at the firm however expect that the brewer would be less willing to increase prices -relative to its main competitors – in view of its price discount strategy.

“We however do not rule out several marginal increases over the course of the year to cope with inflationary pressure and support margins”, analysts added.

After considering all the above, analysts at Meristem Securities projected a 7.44% year on year increase in revenue to ₦146.96 billion from ₦136.79 billion.

Nevertheless, analysts smell that a combination of net FX losses of ₦14.21 billion, write-off on property, plant and equipment disposal totaling ₦4.35 billion, and impairment on financial assets of ₦1.45 billion tipped the brewer into an operating loss position.

Meristem Securities explained that finance charges proved to be one of the bright spots for the company as net finance costs crashed to ₦1.68 billion, from ₦15.18 billion in the previous year.

Analysts hinted that this development followed from the brewer’s successful rights issue through which about ₦162.78 billion was raised and applied to paying off its long-term obligations.

“We have modelled a slight increase in capital expenditure to ₦19.11 billion for 2021 – capital intensity equal to 13.00%”, analysts added.

Despite the management effort to upturn the company loss position, International Breweries still ended the year in yet another loss, buy analysts said this was better off than in the prior year.

For financial year 2021, Meristem Securities estimates imply the brewer would end the current year in a loss position, with expectations for a return to profitability – and possible resumption of dividend payments – now further out in 2023.

After adjusting for net debt of ₦59.86 billion, Meristem Securities set target price of N5.51 per share for the company on the back earnings before interest tax, depreciation and amortisation (EBITDA) projection of ₦23.37 billion and a target Enterprise Value to EBITDA of 8.90x.

“This implies a downside potential of 3.27% from its current price as at 31st March 2021, thus we recommend a HOLD”, Meristem stated in its equity report.