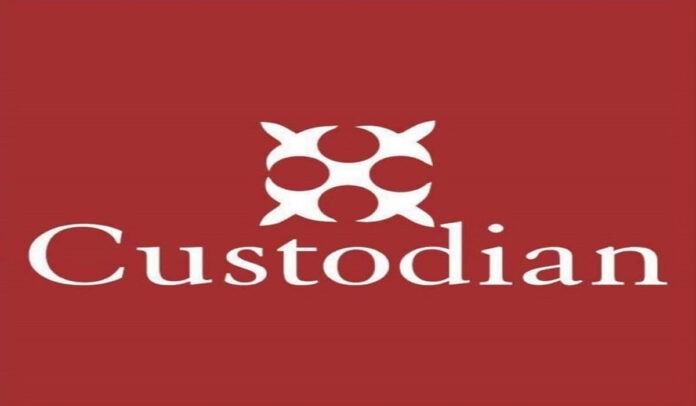 Equity analysts at Meristem Securities Limited rated the company’s stock buy having projected an earnings per share of N2.22, resulting to target price of N8.44.

This represents an upside potential of 38.34% from its current price of N6.10 at reference market day, though price has slowed down to N6.

Custodian Board of Directors proposed to pay shareholders a final dividend of 45 kobo, which means if approved, total dividend for 2020 would be 55 kobo.

For 2021, analysts are projecting an upsurge in the company’s earnings profile after stellar outturn in the year of pandemic.

The company plans to raise $15 million Naira equivalent to boost capital through a convertible loan instrument.

The company’s earnings profile strengthened after recent acquisition which helped pushed profit to 5-year high in 2020 amidst pandemic-induced economic stress.

Earnings quality improved as the investment company’s figure showed that the topline performance was supported by its core business income.

Its audited financial revealed that Custodian Investment recorded a growth of 22.22% year on year in gross revenue to N75.06 billion from N61.42 billion in 2019.

Analysts at Meristem Securities said the increase in the top line was driven by growth across all its business segments.

Analysts said the performance of the Custodian Plc.’s underwriting business was underlined by the growth in the oil & energy and the fire segments in the non-life insurance category, while the life business also improved by 18.35%.

The audited report showed the company’s topline performance was also buoyed by interest income, rising 14.56% year on year due to relatively higher volumes of investment assets (+37.83%).

Meristem Securities however noted that property sales from the recently acquired UACN Property Development Plc (UPDC), contributed N1.18 billion -representing 1.57% – to gross revenue between the date of acquisition and reporting of the company’s financials.

“In our view, a strong topline performance reinforces the growing underwriting capacity of the company and supports the quest for market share and portfolio diversification”, Meristem Securities said.

For 2021, analysts are expecting growth in gross premium income to bolster the company’s topline to N88.57 billion. This is expected to be driven majorly by its growing oil & gas and annuity businesses.

This, coupled with increase in underwriting and reinsurance expenses by 17.99% and 26.47% respectively was the major driver of operating expenses during the period.

“Going forward, we expect the uptrend in operating expenses to be sustained owing to higher claims expenses and provisioning for the life and annuity funds”, Meristem Securities said.

However, the firm anticipates a generally improved underwriting performance mostly from a significant rise in gross premium income which should offset the impact of higher operating expenses.

Analysts explained that notwithstanding the underwriting loss, profit-after-tax reached a five-year high after a growth of 112.75% to N12.79 billion from N6.01 billion in 2019.

Analysts explained that relatively higher prices of investment assets and foreign exchange (FX) revaluation were responsible for the growth in investment income.

According to Meristem Securities, this is not considered sustainable in view of falling asset prices of equities and fixed income instruments.

The audited statement indicates that the growth was driven by cash and cash equivalent, investment properties and financial assets.

Analysts explained that the combine effect of which puts the firm in a relatively strong liquidity position and allows it to deploy more float to grow financial assets.

The company’s solvency margin pegged at N53.22 billion, which implies a solvency ratio of 1.96x and exceeds the regulatory threshold for a composite business.