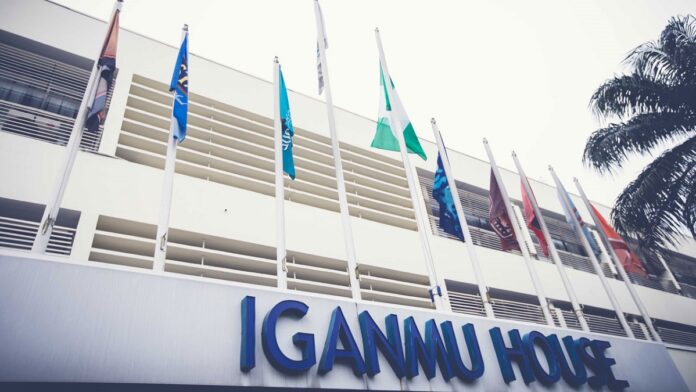 Nigerian Breweries Plc leads the gainers’ chart as the company share tuned up stock market performance with a mouth-watering 18.7% weekly gain, according to trading data from the local bourse.

At 8.22 billion outstanding shares, the leading brewer market valuation printed at N402.413 billion at N48.95 per share. Sometime in May, the company share tested N77 per share before it nosedived.

At N37.40 on November 15, which happened to be the company year’s lowest price before it re-test its current month high of N48.95 following the bonus share announcement.

MarketForces Africa reported that after obtaining approval from the shareholders, the board of directors announced one new share for every four existing shares, December 6 being the qualification date.

The bonus issue follows a directive of the Corporate Affairs Commission for companies to eliminate unissued shares from their books.

The Board has obtained the approval of a bonus scheme of 1 (one) share for every 4 (four) shares held by shareholders recorded in the Register of Members at the close of business on Tuesday, 6th December 2022.

Nigerian Breweries bonus shares are estimated at N1.03 billion, and they will be issued from the Company’s Share Premium Account, which based on the 2021 audited accounts had a balance of N77.5 billion and N84 billion as of 31st October 2022.

The company is faced with rising cost pressures which impacted its earnings performance in the third quarter of the financial year 2022. Its margin declined, reflecting the weak macroeconomic landscape amidst a more intense competitive environment.

Nigerian Breweries maintained steady sales and profit growth despite the prevailing hike in the cost of doing business. Its unaudited numbers showed that revenue grew by 27.2% year on year to N393.45 billion at the end of 9 months of the financial year 2022 from N309.28 billion.

In the third quarter standalone result, the company’s revenue moderated by 12.4% to N119.37 billion due to shrinking household disposable income; from N136.31 billion recorded in Q2-2022. Analysts note that sales are usually at its peak in the fourth quarter due to increased consumption during the yuletide season.

Amidst pressure from excise duty increases, NB recorded a loss per share of N0.49 in Q3-2022 as against EPS of N0.06 in Q3-2021, driven by 262 basis points decline in gross margin and higher operating expenses in addition to worsening finance costs

It attributed this strong increase to the implementation of more substantial pricing to mitigate the rising inflation.

However, the brewer’s premium portfolio continued its strong momentum and grew by more than one-third, led by Heineken®, Tiger, and Desperados. #NB Plc Pops 19% Amidst Plan to Issue Bonus Shares