Home News Inside Africa Namibian Economy Not Looking Too Good

The Namibian economy is not looking too good. As usual, debt is fast rising than government revenue with both inflation and unemployment rate competing for an uptrend. The country seeks additional credit flows from wherever it can come from, the borrowing plan anchored on the government’s recovery agenda following the covid-19 threat.

Also, due to lower foreign reserves buffer, like most African countries, its local currency, the Namibian Dollar (NAD) struggles in the foreign exchange market.

In line with the pattern in the African region, debt from multilateral lenders and locally raised have cumulatively lifted Namibia’s leverage following low government revenue generation in the year of pandemic.

This turns out to be a veritable alibi for government non-performance.

The country’s economic data shows that since second quarter of 2016, the Namibian government has continued to witness a steep rise in both inflation and unemployment rate that threaten the very existence of it citizen.

Meanwhile, it is noted that the country’s weak macroeconomic position reflects fiscal challenges faced by the government following weaker revenue generation, especially in 2020.

In a new report, Fitch Ratings sees a negative outlook for the country as it affirmed Namibia’s long term foreign-currency issuer default rating at ‘BB’.

This could mean that Namibia borrowing rate will increase due to creditworthiness issues and potential Eurobond capital raise would attract higher borrowing costs.

The rating agency added that its negative outlook reflects increased pressures on creditworthiness due to the continued rise in government debt, wide deficits and low growth aggravated by the prolonged pandemic.

“It also reflects challenges to fiscal consolidation in the context of a subdued growth outlook and high inequality”.

In the fiscal year 2020, the Namibian economy contracted by a record 8% following stagnation since the second quarter of 2016 (2Q16) due to the pandemic’s hit to global demand and disruptions to global travel and trade especially hitting the gem supply chains.

“We project growth of 1.5% in 2021 amid some recovery in mining and improved global demand, but an ongoing third particularly severe wave of infections poses a risk to growth given the slow vaccine rollout”.

However, medium-term growth potential is subdued at about 2%, constrained by structural factors including high transport and labour cost, lack of skilled labour and developments challenges arising from the country’s low population density.

The rating agency however said that the general government deficit rose to 11% of GDP in the fiscal year ending March 2021 (FY20/21) with Covid-19-related spending of about 3.6% of GDP in FY20/21, including wage subsidies, emergency income grants and health and education spending.

The pandemic shock on public finances in FY20/21 was partly offset by a windfall from the Southern African Customs Union (SACU) transfers, a wage freeze in the public sector for the third consecutive year and delayed capital spending.

Amidst the gloomy outlook due to weak fiscal and squeezed economic growth, Fitch analysts forecast the deficit will narrow slightly to 9.6% of GDP in FY21/22 and to 8.2% of GDP in FY22/23.

The ratings noted that FY21/22 budget did not extend the Covid-19 support measures into FY21/22 and only set aside NAD484 million (0.3% of GDP) for vaccine purchases.

However, it believes the effect of the expiry of economic relief measures on the budget balance will be offset by an about 5% of GDP drop in SACU transfers in FY21/22 and the likely effect of the third wave of the pandemic and containment measures on revenues.

The government will announce corrective fiscal measures that include potential reallocation of resources in its mid-year budget review in October. The authorities have a record of implementing fiscal consolidation as evident from the reduction in the fiscal deficit excluding SACU revenue between FY15/16 and FY18/19.

“The authorities expect the newly launched Namibia Revenue Agency to improve revenue collection and additional revenues from the ongoing tax amnesty scheme, but there is uncertainty about the gains and deeper fiscal reforms to contain spending remains at an early stage of development”, the report said.

Fitch stated that Namibia’s financing flexibility is underpinned by the well-developed NBFS with assets of about 120% of GDP combined with regulatory requirements on domestic asset allocation and Namibia’s access to South Africa’s financial market.

“The FY21/22 gross financing requirement excluding rollover of treasury bills is estimated at 16% of GDP, about 3% of GDP higher than FY20/21. The government plans to cover over 70% of funding needs by domestic borrowing.

“The authorities expect to generate NAD1.5 billion (about 0.7% of GDP) from the upcoming partial listing of the telecom operator MTC expected in October 2021”, it added.

Gross financing needs would gradually decline but remain large in FY22/23 and FY23/24.

Namibia government is expected to redeem the USD500 million Eurobond due in November 2021 by withdrawing about USD100 million from its US dollar sinking fund and the proceeds of NAD6 billion (about USD400 million) debt issuance to the Government Institutions Pension Fund.

The US dollar sinking fund will be depleted after the bond redemption and the settlement of Air Namibia leases, Fitch said.

Meanwhile, the Namibian government plans to replenish cash reserves to cover the upcoming Johannesburg Stock Exchange-listed bond maturing in November 2022, which is about USD111 million equivalent and the USD750 million Eurobond maturing in 2025.

The debt increase was contained by the Namibian dollar appreciation, as 70% of debt is denominated in local currency.

It was noted that contingent liabilities arise for Namibia from about 7% of GDP government-guaranteed state-owned enterprises’ (SOE) debt at end-FY20/21.

Although the pandemic has aggravated the risks of state-owned enterprise-related contingent liabilities, the government has made some progress in reforming the sector.

The liquidation of Air Namibia was approved in February 2021 and cost the government NAD2 billion in lease settlement charges.

In 2020, the country’s current account registered a surplus of 1.9% of GDP as a SACU windfall and import compression offset the fall in exports.

“We expect the current account to be close to balance in 2021 and deficits to emerge in 2022 and 2023, as SACU transfers decline and domestic demand bottoms out”, Fitch analysts stated.

Also, the ratings expect international reserves to moderately declining to USD2.3 billion or about 2

five months of current account payments by the end of 2021 after the Eurobond repayment, partly balanced by the IMF’s new special drawing rights allocation of about USD260 million.

“We expect international reserve coverage to remain consistent with the sustainability of the peg of the Namibian dollar to the South African rand”.

The challenging macroeconomic environment since 2016 has been driving the trend rise in the banking sector’s non-performing loans (NPL) and the pandemic shock has dampened the banks’ profitability and asset quality.

The NPL ratio climbed to 6.4% at end-2020 from 4.5% at end-2019. Risks for macroeconomic stability stem from strong balance-sheet interconnections between the banking sector and the NBFS, and the financial sector’s exposure to the South African equity market and domestic real estate.

When Will Namibia Economy Takes a Breather? 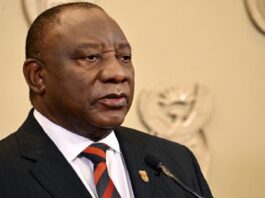 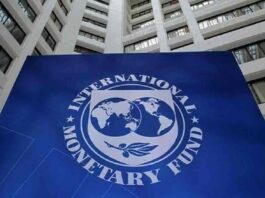 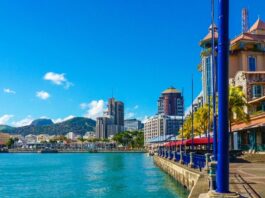