Home Investments Gold: Opportunities and Risks in the Second Half of 2021 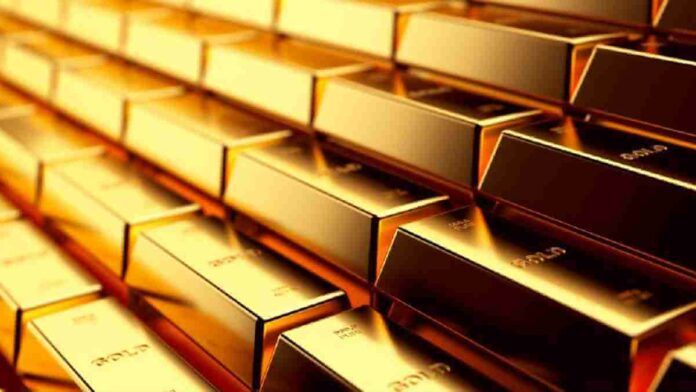 Gold: Opportunities and Risks in the Second Half of 2021

The performance of gold in the first two quarters of 2021 was mainly shaped by rising bond yields and the Fed’s signalling expectations of key interest rate increases by the end of 2023.

As the first half-year came to an end, the gold price was below its January levels across almost all currencies except the Japanese yen and Turkish lira, despite rising inflation rates.

The World Gold Council’s recently published study ‘Gold Mid-Year Outlook 2021’ examines possible drivers and obstacles for the gold price in the near future.

Five macroeconomic scenarios for the next six months

The study, based on research results of the economic research company Oxford Economics, assumed five possible imminent developments and assigned corresponding gold performance levels to each.

One scenario for the gold price could be a faster-than-expected global economic recovery, which hypothetically could lead to an annual performance of 6.4 per cent. A more cautious recovery could cause gold to gain 7.71 per cent.

The precious metal would perform strongest, again hypothetically, with a gain of 11.45 per cent if new COVID variants severely hamper the recovery of the global economy in the coming months.

If fast-growing interest rates more than compensate for inflation rates, a plus of 4.71 per cent at the end of the year would still be conceivable for gold; a boom driven purely by private consumption could boost gold by 1.04 per cent.

Today’s risks could give rise to future opportunities

The study emphasises the improbability of strong key interest rate growth and an early end to the cheap money policy.

It also points out that the effects of the loose monetary policy pursued by many central banks to support their economies, combined with massive government spending to overcome the pandemic, go beyond fuelling inflation fears, which tend to drive demand for gold as a store of value.

Many institutional and private investors’ concerns regarding a potential currency devaluation and increased market volatility as a consequence of a higher global money supply could also give gold greater importance in investor portfolios in the future.

Gold: Opportunities and Risks in the Second Half of 2021