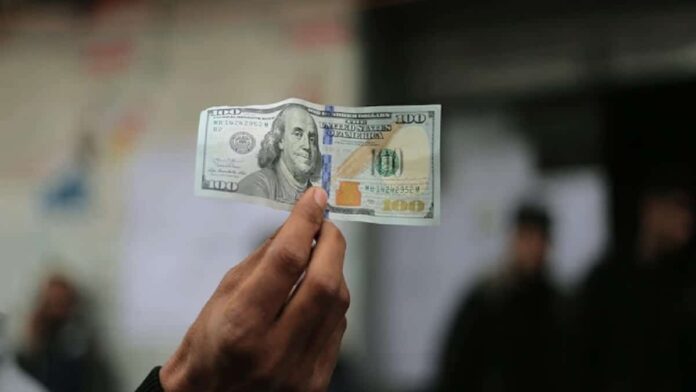 FOREX: The United States dollar (USD) posted gains against major currencies on Wednesday in anticipation of stronger US data over the next few days, particularly an expected jump in the Fed’s favored personal consumption expenditure (PCE) price measures on Friday.

The updated first-quarter GDP report, weekly initial claims, durable goods new orders, and the pending homes index will be released Thursday, followed by the personal income and consumption data and the Chicago PMI releases on Friday.

Short covering ahead of the busy release schedule, much of which is expected to be favorable and will renew discussions about the Fed’s tapering schedule, supported the dollar on Wednesday.

EUR-USD failed to trade above Tuesday’s four-plus month high of 1.2266, peaking at 1.2263 overnight, and has since been weighed down to 1.2189 lows after the London close.

Profit-taking has been the driver of the modest downdraft, though positioning ahead of key US data later in the week was also at play. Treasury yields have moved lower but could bump up if the PCE price data comes in well ahead of expectations.

GBP-USD dropped from two-day highs to 1.4113 after the London close, while EUR-GBP rallied to a 15-day high at 0.8672, reflecting strong business climate data out of Germany. The outlook for GBP-USD remains to the upside, though stronger US data over the next few days, and concerns about the way the Fed may react, adds some uncertainty.

USD-JPY edged above its 50-day moving average at 109.10, up modestly from opening lows near 108.90, overnight lows of 108.73, topping at 109.18 in afternoon trade. Broad dollar strength has provided support on Wednesday, despite fading Treasury yields. The possibility of stronger US data over the next few days and continued COVID concerns in Japan lends some support to USD-JPY for the near future.

USD-CAD headed to one-week highs, topping at 1.2124 in early US trading, and up from overnight lows of 1.2044. Modest US dollar gains, along with a downtick in oil and commodity prices that correlate with the Canadian dollar, supported the pairing.