Federal Government has accessed a total sum of N3.25 trillion from the beginning of the year till date in the Nigerian debt capital market, analysts at FSDH group hinted in a new report posted on its website.

The nation’s total public profile has been projected to rise following a $6.2 billion foreign currency loan recently approved by the Nigerian lawmakers along with the 2021 supplementary budget.

In the first quarter of 2021, total public debt printed at N33.107 trillion, analysts expectation remains that the nation’s exposure could cross N34 trillion by the end of 2021 as CBN seeks multilateral loans to augment declining external reserves.

Analysts said the uptrend was a further increase from 4.13% recorded at the end of the first quarter of 2021 but the latter part of Q2 witnessed a slowdown.

FSDH analysts see the increased yields as a direct fallout from the liquidity management strategies of the CBN in the form of open market operations (OMO) Auctions, the introduction of CBN Special Bill, intermittent debit on banks’ cash balance and government debt programs.

Though, the inflation rate has remained stubbornly high driven majorly by the food price index. However, the headline inflation rate has started to moderate, thus reducing pressure on Central Bank to hike benchmark interest rates in order to attract portfolio investment into the fixed income market.

The rate repricing in the second quarter of 2021 slowdown. However, FSDH analysts’ expectation remains that yield in the Treasury bill market will continue to rise in the face of rising inflation and increasing appetite for debt.

Federal Government is expected to ramp up debt in the second half of 2021 as Nigeria seeks to finance her budget deficit of about N6 trillion.

The fixed income market continues to rebound as the impact of the CBN’s open market operations regulation fades out, analysts said in the report.  Hence, yields are increasing across segments of the market.

FSDH said rising yields are driven by the numerous liquidity management strategies of the CBN to stabilize the market which includes the introduction of the CBN Special Bill, weekly OMO auctions and direct debit on banks’ cash balance.

The investment firm also highlighted the expanded government’s debt programme for the year as having an influence on interest rates movement.

Year to date, the government has borrowed a total of N1.42 trillion, a substantial part of which could have gone into repayment of past debts, FSDH analysts said in the review.

Stating expectations for the fixed income market, analysts explained that the 2021 budget of the federal government was heavy on borrowing with a deficit of N5.6 trillion.

Recall the Federal Executive Council (FEC) has approved a draft supplementary budget of N895 billion, part of which will be funded by borrowing.

In addition, analysts said the huge gap between actual and targeted revenue in the first five months of the year means that government debt will increase further in the year.

The investment firm said the existence of the CBN Special Bill will continue to support the OMO auctions in managing the liquidity in the system.

“As such, we do not expect any shock of liquidity surge despite an estimated N2 trillion in maturities of FGN Bond, NT-Bill and OMO to come in 3Q of 2021. Hence, we anticipate yields to settle at double digit towards the end of the year”.

FSDH analysts, however, highlighted that falling reserves raises the possibility of the issuance of dollar denominated bond in the second half of 2021.

In a report, Meristem Securities said the FG’s new Debt Management Strategy points to a renewed focus on the domestic debt market. While we expect yields to rise less steeply in the second half, the need to fund the budget deficit has the potential to drive yields even higher.

This could redirect the flow of funds into the equity market, analysts maintained. 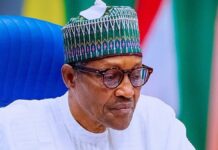 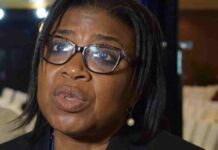