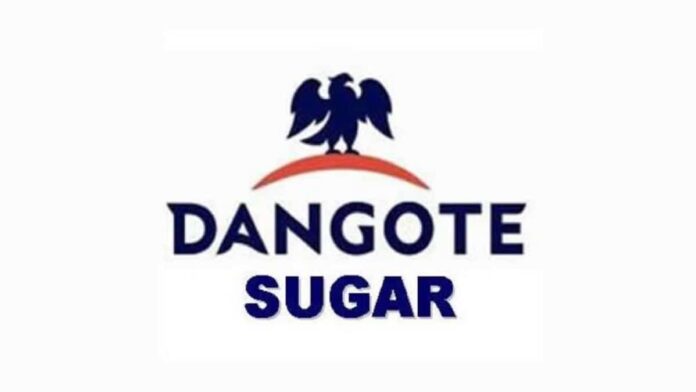 This was revealed in the company’s audited result released on the floor of the Nigerian Stock Exchange.

Despite pressure from the coronavirus pandemic, the company reported an uptrend in top and bottom lines.

Specifically, profit after tax jerked up 33.2 per cent when compared with N22.36 billion recorded in the corresponding period of 2019.

Management attributed this to its unrelenting objective to deliver consistent shareholder value.

In spite of the disruptions in the economy due to coronavirus pandemic, Dangote Sugar Refinery recorded an increase in production.

The management attributed the performance to operations optimisation strategy despite momentary disruption caused by civil unrest in the last quarter of the year.

It also noted that the growth continued to benefit from sustained efforts to drive the expansion of customer base and several trade initiatives and investments.

Commenting on the result, the company’s Group Managing Director/Chief Executive, Mr Ravindra Singhvi, said despite the socio-economic uncertainties occasioned by the COVID-19 pandemic during the year under review, the sugar group continued on the growth path with commitments to improve on performance and generate value for all stakeholders.

“2020 was indeed very eventful for our company ranging from the weak macroeconomic fundamentals caused by the underlying impact of COVID-19 pandemic.

“This saw to the steady rise in foreign rate, high inflation and the significant rise in our cost of production, to the worsening traffic gridlock on the Apapa Wharf road which led to delays and at times disruption of the distribution and deliveries to customers,” he said.

Singhvi added that the company activated its Business Continuity Management System during the lockdown due to the COVID-19 pandemic and disruptions caused by EndSARS protests.

He said this helped to minimise the adverse impact the situation had on businesses in the country.

He noted that one of the key highlights of the year was the successful completion of the Scheme of Arrangement – merger of DSR and Savannah Sugar Company Ltd. with effect from Sept. 1, 2020 to operate under one unified entity.

“We are confident the merger will enable us to achieve operational, administrative and governance efficiencies resulting in increased shareholder value.

“We will continue to pursue our Backward Integration Projects, and other key initiatives to grow our sales volumes, market share, optimise cost and operational efficiencies,” he added.