Home Entrepreneurs ‘8 Years Ago, I Got Fired as President and Co-Founder’ 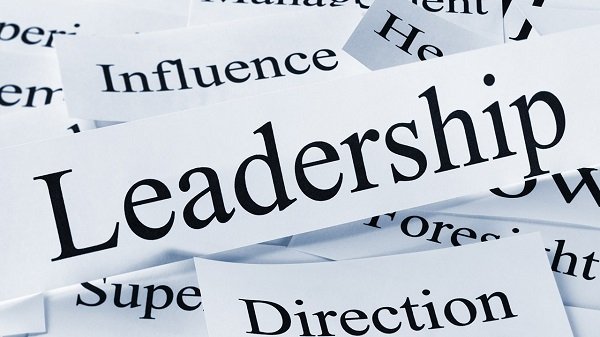 ‘8 Years Ago, I Got Fired as President and Co-Founder‘: American Entrepreneur and former Co-founder at Udemy, Gagan Biyani tells his story on startup issues and leadership on twitter.

Here are what he said:

“8 years ago, I got fired as President and co-founder of @Udemy, a now-$2 billion unicorn”, he tweeted.

“This is a tough story to share, and I’ll try my best to be honest”, Biyani stated.

He tweeted: “Fortunately this story ends on a positive note & I hope it’ll be useful to anyone who’s been laid off or fired”.

“I was just 21 when I met @erenbali [email protected]

“I was a nobody, my family was broke, and I had never run a startup. They, too, weren’t hot shots.

“Fresh off the boat from Turkey and still proving themselves. They took a chance on me, and I on them.

“Lucky for us, it worked out”, he explained.

He said @erenbali’s vision was spot on and slowly we raised some money and built out a team.

“My first year as a manager went well enough—I had a dozen interns and two direct reports.

“As a young child of divorced parents, I had a past of being “abrasive” and “confrontational,” but Eren and Oktay accepted it.

“I thought: hmm, maybe I can do this management thing after all”, Biyani stated in the tweet.

However, the problems started. We were growing fast and I could feel the pressure, he narrated.

He said: “the pressure to perform. To prove that I was worthy of the job. To build the greatest company I could”.

“Eren and I clashed a bit. We had gotten along well <15 employees, but as the team grew, we grew apart.

“I questioned his ability to lead the team and he questioned my intensity retrospectively, challenging his authority was a stupid decision.

“He was a more mature leader and CEO. I started projecting my own stress on the team.

“I was a taskmaster: hyper-direct and critical without finesse. I’d practically yell at people when frustrated.

“I thought that was acceptable, because that’s what my idols did—Gates, Jobs, Zuckerberg”, he stated in the tweet.

What I thought was a “healthy” amount of pressure was unbearable for some, he added.

“As my team grew to eight people, a few got fed up. They went to Eren and lodged a complaint.

“Eren was blindsided. He confronted me about it and relayed the feedback.

However, he said: “My team had been too scared to share it directly. It was devastating.

“I had no intention of making people feel small or hurt, and I didn’t realize the effects my words were having.

“He was visibly disappointed in me. We agreed that I would get an executive coach”, he said in the tweet.

Then, Biyani said: “I found one I liked and things started to improve. I learned how my childhood had led me to be comfortable with confrontation and insensitive to those with less power.

“It came across as mean-spirited and condescending.

“Still, if you ask my former team about this time, most of them would tell you they never expected it to end this way.

“They were simply hoping that as a young manager I would improve. I was well-intentioned, but could definitely go too far at times.

“Just as things were improving, a member of my team rage-quit”, he explained.

Ironically, they quit over something that didn’t directly relate to me, but it didn’t matter, he stated in the tweet.

Biyani said: “It happened within my team. Eren and I had a serious chat that Friday. I defended myself, which only made matters worse.

“That Monday, I got a text message early in the morning. The text said: “Meet me at 21st Amendment before going into work. I need to talk to you.”

“There was a massive pit in my stomach. This was extremely atypical.

“By the time I arrived at the restaurant, I was shaking nervously. I could barely keep it together.

“As soon as I saw his face, I knew. I was fired. Effective immediately – 4 years of blood, sweat + tears finished”.

I’d watch the rest of this movie from the sidelines, he said in the tweet.

Biyani said: “Today, @erenbali and I are friends. We did not let our egos get in the way.

“We talk regularly, even as he’s been busy saving the world from COVID-19.

“My explanation will be biased, but I’ll try to share what I think happened since it is more nuanced than it appears

“Eren and I were both “CEO” types. We had strong opinions + were natural leaders.

“I was the salesperson, Eren the visionary. I pitched investors, employees and instructors. He hired the engineers and ran product.

“We co-ran marketing. It was a healthy split, but created tension.

“I was “President” and I completely managed all external communications. I ran board meetings”.

“Eren was faced with a tough choice: either let me stay and hope I improve, or raise a Series B and perhaps lose control of the company”, he said.

“Eren made his choice,.

“He thought it possible that I would continue to have trouble as a manager and it could reflect poorly on his company.

“After all, I was certainly a controversial figure. He had known that for years. Being CEO is tough and I respected his call”, he said.

Unfortunately, there were some unintended consequences, Biyani explained.

“The board insisted he hire a replacement for me – a Chief Operating Officer.

“In hindsight, I’m grateful. I vested most of my stock and Udemy became a unicorn regardless.

“The wake up call helped me dig deep and learn to be more compassionate.

“I’ve led teams since relatively good reviews. I’ve learned the art of “Radical Candor.”, he said in the tweet.

Biyani then give few lessons:

Meanwhile, if you were laid off, fired or rejected, he said ask yourself: “what did I do to contribute to this situation? What can I do better next time”?

He said: “Don’t change who you are, but evolve and be willing to see opportunities for improvement.

“You will get another bite at the apple”.

‘8 Years Ago, I Got Fired as President and Co-Founder’

the former #President and Co-founder at Udemy tweet was monitored by MarketForces.

Who Wants to Raise Capital for Start-Up, Small Business?

How to File Taxes as Startups, Small Business Owner in Nigeria