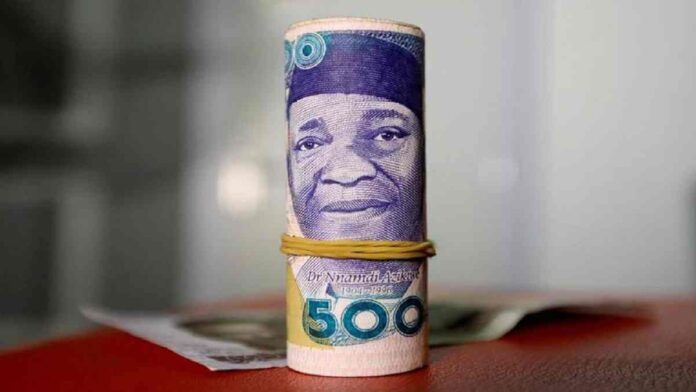 Rates on fixed income securities stay flat on Tuesday across the market as Naira appreciates in the investors and exporters window amidst weak external reserves. Investors’ returns on fixed securities assets have been negative due to high inflation rate readings.

Amidst expectation for yields repricing, the Central Bank sustained its dovish stance at the policy committee meeting in the second quarter.

Since then, yields repricing became slow down as projected by analysts at Atlass Portfolio Limited in a recent report. Treasury bill, bond and open market operations recorded a quiet outturn today while liquidity pressure surfaced in the financial system.

Amid the N15 billion open market operations maturity inflow which hit the system today, funding pressure returned, with the financial system liquidity opening in a deficit position at N75.34 billion, from a surplus of N75.53 billion previously.

The impact of this drove a slight expansion in funding rates, analysts at Chapel Hill Denham said in a report. Notably, the overnight lending and open buy back (OBB) rates rose by 25 basis points apiece to 18.75% and 19.25%, respectively.

“With no maturity insight, we expect system liquidity to remain tight through the rest of the week”, Chapel Hill Denham stated.

As with the previous session, activities in the fixed income market were quiet with the Nigerian Treasury Bill and open market operations benchmark curves closing flat at 6.14% and 9.24%, respectively.

This week, the Debt Management Office is expected to offer up to N180 billion across three maturities, split evenly between the MAR 2027, MAR 2035, and Mar 2050 reopening.

In the currency market, Naira gained some ground against the dollar in the Investors and Exporters window, appreciating by 41bps or N1.67, but closed flat at N500 in the parallel market. Reserves declined by 9bps to N33.76bn on 18th June.

In a related development, United States 10-year treasury yields dip on Tuesday after briefly popping above 1.5% as rising inflation expectations steepened the yield curve for the first time since June 15.

The yield curve – a measure of future inflation expectations – had been narrowing since mid-May as investors bet the Federal Reserve will act to clamp down on inflation as the global economy rebounds from the coronavirus pandemic.

The central bank surprised some market participants with its hawkish turn at its policy meeting last week.

Fed Chairman Jerome Powell is due to speak before Congress on Tuesday afternoon, which investors will be watching for further clues into when the central bank will begin withdrawing its support of the economy and how persistent it believes inflation will be following the reopening of the economy.