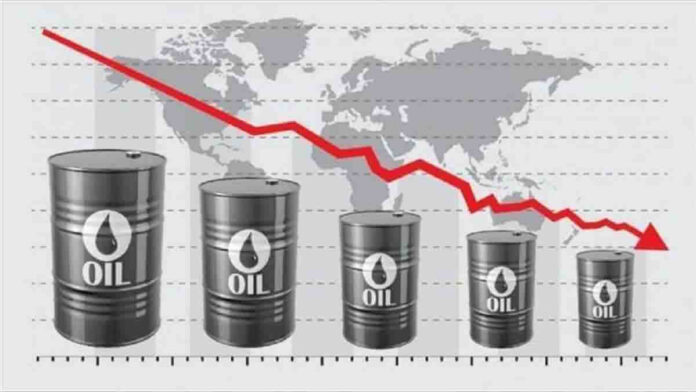 Oil prices fell on Monday over fears that the record surge in coronavirus cases in the world’s third-largest oil importer, India, will further curtail fuel demand in the country.

Due to weak outlook, international benchmark Brent crude was trading at $66.56 per barrel in the afternoon, having dropped by 0.29% after closing Friday at $66.76 a barrel.

American benchmark West Texas Intermediate (WTI) was at $63.41 per barrel at the same time for a 0.26% drop after it ended the previous session at $63.58 a barrel.

Last week’s euphoria over an oil demand recovery in the second half of the year has been overshadowed by demand fears in India as the country’s caseload reached 19.9 million.

India registered 368,147 infections in the past 24 hours while recording 3,417 new deaths. The fatalities in the country have risen to 218,959, according to the Indian health ministry.

Limiting further price declines, vaccination campaigns are speeding up, raising expectations of an oil demand rebound especially in the third quarter of the year, when the summer driving season is at its busiest.

On the supply side, oil output from oil producers of the Organization of Petroleum Exporting Countries (OPEC) and non-OPEC nations eased by 600,000 barrels per day (bpd) as of May 1, which includes 350,000 bpd from the OPEC+ members and 250,000 bpd from Saudi Arabia.

Although these oil majors projected a better oil market in the second half of the year, falling demand due to virus cases in India and elsewhere is not consistent with the group’s positive forecast and the group’s returning output at such a time is negatively impacting oil prices.

To add more to supply concerns, Iran and the US are holding talks on a nuclear agreement that could lead to the lifting of US sanctions, allowing Iran to increase oil exports.