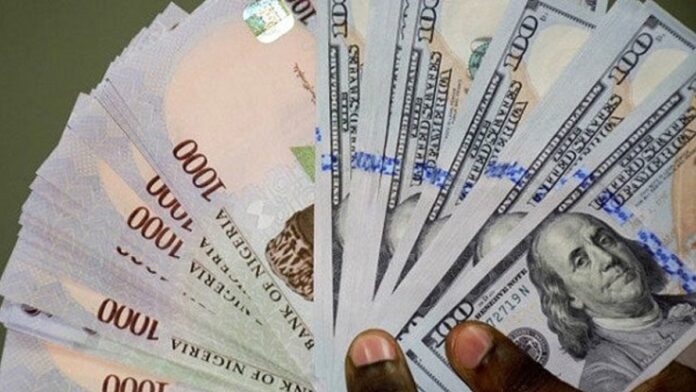 The Nigerian local currency, Naira, gained marginally against the United States dollar at the investors’ window on Tuesday.

The local currency traded at ₦385.5 to a dollar, stronger when compare against ₦386 traded on Monday.

The naira sustained losses at the parallel market in Lagos as it closed at ₦483, from ₦482 traded on Monday.

The Pound Sterling and the Euro closed at ₦620 and ₦570, respectively.

At the Bureau De Change (BDC) subsector, the naira was sold at ₦386 to a dollar, while the Pound Sterling and the Euro traded at ₦620 and ₦572, respectively.

However, trading at the Central Bank of Nigeria’s official window saw the naira closing at ₦379 to a dollar.

Meanwhile, the CBN had warned of using the parallel market rate to push for a further devaluation of the naira.

Speaking at the end of the Monetary Policy Committee (MPC) meeting, the CBN Governor, Mr. Godwin Emefiele, noted that the naira had been devalued already this year.