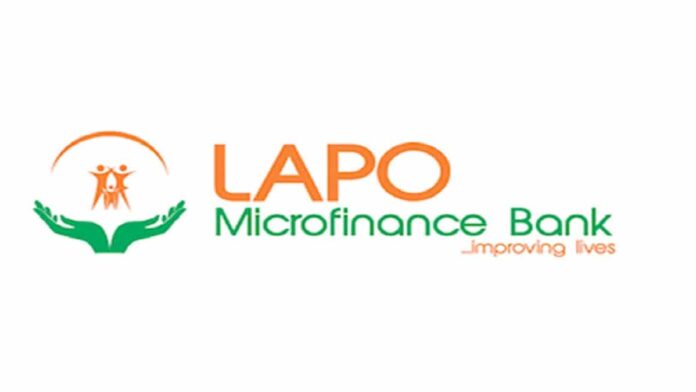 Mr. Oluremi Akande, the Head, Corporate Communications and Branding of the bank, made this known in an interview with the agency news on Friday in Abuja.

Recalled that LAPO MFB was recently awarded as the Best Supporting Bank in the 2020 Agricultural Credit Guarantee Scheme Fund (ACGSF).

Akande said that the award had recognition of LAPO’s contribution to promoting Nigeria’s agriculture sector.

He said that the bank would increase its financial support to farmers from N3 billion in 2020 to N10 billion this year.

He further said that the bank had expended N27 billion in support to farmers since 2012.

“We have been doing the ACGSF since 2012, and the award is in recognition of our contribution towards promoting the agriculture sector in Nigeria, and the impact we have made.

“It also brings to fore that beyond savings; LAPO is also bridging the social gap and reducing huger.

“Hunger and food deprivation are indices of poverty, and when we have food security poverty will be defeated.

“We have disbursed over N27 billion as at today. We disbursed N3 billion in 2020 but we intend to quadruple that this year by disbursing N10billion to farmers and other agro-allied processors.’’

Akande said that the bank’s agriculture support initiatives covered 31 states of the country, adding that it intends to cover the remaining states in 2021.

Profile: LAPO Microfinance Bank is a pro-poor financial institution committed to the social and economic empowerment of low-income households.

Over the years, LAPO MfB has emerged as a leading institution delivering a range of financial services to millions of people in and outside Nigeria.