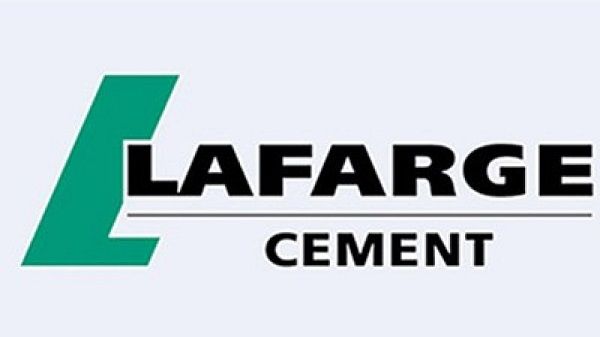 After coronavirus, it might take nothing less than 2 years for the global economy to heal. It could take twice of that for African countries the region economy goes down the tube.

The construction segment is the last to experience bullish trend in activities. This explains why equity analysts are becoming bearish to cement producers stocks.

Valuations has been affected, and stock prices have dropped significantly. What this means for investors is to finding equilibrium point between greed and fear.

Analysts have projected that cement industry will shrink due to weak economic performance.

At target price of ₦19.06 placed on the stock by Cardinalstone, the stock gives upside potential for investors.

Today, lower investment sentiment in Lafarge has knocked off more than 26% from the 2019 opening value of the stock.

Lafarge has a start price of ₦15.30, though it peaked at ₦17.60 in the year, data available from Cashcraft portal shows.

The profit recorded was not due to increased sales volume or declining cost of sales but for improve finance strategy.

Meanwhile, the cement company reduced finance cost by more down half. Analysts said this is because Lafarge paid off some foreign debts.

It however made more money from interest yielding investment outside its business as finance income jerked up.

But unlike tax credit advantage the group enjoyed in 2018, its tax obligation become positive in 2019.

This decline was driven by more than ₦4 billion reduction in other assets line from ₦10.594 billion to ₦6.302 billion.

The composition of the other assets line include prepayment for gas, advance payment to transporters, suppliers and others related contracts.

Lafarge is projected to suffer weak performance up till financial year 2021 (FY’21).

Analysts at Cardinalstone is now afraid to ramp up Lafarge shares into their stock picks for now. There is weak fundamentals to push the stock to go vertical in the short term.

Especially now when the sentiment in the market has been cornered by banking stocks – largely.

Based on Cardinalstone analysts’ projection, the investment firm cuts its target price for the WAPCO stock by 18.89%.

The investment firm thinks that Lafarge cement would underperform in terms of sales in 2020 due to lower demand and rivalry.

Coronavirus has set stage for increase rivalry among the Cement warlords. BUA Cement is bring extra capacity, Dangote is expanding base and improving logistics Ashaka cement is raising internal capability and Lafarge is struggling to transform.

Unfortunately, demand is facing pressure due to low capacity to spend in the market. This, couple with the fact that capital expenditure of government would be suspended.

Cardinalstone partners believe that the transformational story of Lafarge Africa Plc (WAPCO) was largely about its handling of endogenous challenges.

Specifically, as analysts pointed out, the firm is seeking resolutions to the margin-dilutive South African operation and a huge FX debt in FY’19.

This means a further devaluation of Naira would pressure Lafarge balance sheet.

“With the spread of coronavirus in Nigeria, the business faces a test of its resistance to exogenous shocks in the current year”, analysts noted.

Cardinalstone explained that the shocks are likely to rein in demand for cement and harm cash flows in 2020.

“Thus, even if we retain a bullish medium-to-long term view on the company, we reduce our Target Price to ₦19.06 as against ₦23.50 previously to reflect potential difficulties in FY’20 and FY’21.

Along with the sector, the business is likely to fully recover from the current impasse in, at least, two years.

All roads may lead to a plunge in volume in FY’20, analysts stated.

Cardinalstone explained that it has noted in an earlier report, its base case expectation is that the Nigerian cement sector would decline by 16.0% to 18.2MT in FY’20.

“We expect Lafarge to slightly underperform the sector with a 17.6% contraction in cement output to c.4.1MT”, analysts remarked.

This projection was made owing to the intensifying competition from BUA Cement across Lafarge’s support hubs in the Northern and Southern zones of the country.

More concerning for us, however, is whether competitors would respond with price actions to prevent a free fall of output in the current year, analysts noted.

The consensus among industry analysts is that price would reduce the industry’s profitability. But now, with developments in the economy, it is more likely operators would slash cement prices.

Cardinalstone review pointed at the fact that a possible Lafarge reaction to such price actions, amidst growing competition, is likely to adversely affect revenue in FY’20.

On expectation that local cement prices remain flat, Lafarge’s FY’20 revenue is likely to decline by 17.6% to ₦175.5 billion.

The cement company is also estimated to drop further 4.3% to ₦168.0 billion in FY’21 estimates.

“We expect a resurgence afterwards in line with the cyclicality of the company, with revenue likely to grow by an average of 8.8% between FY’22 and FY’24”, analysts held.

The investment firm stated that cost savings strategy couldn’t have come at a better time.

Following the implementation of cost cutting measures across power; energy; and general administrative expenses, the company reported 21.9% plunge in operating expenses in FY’19.

In FY’20, analysts believe this cost-saving measures could slightly taper the potentially huge impact of lower cement volumes on margins.

Analysts note that the ongoing crisis is likely to delay the commissioning of Ashaka’s captive power plant project, which was expected to reduce cost in the North East.

Also, it reduced finance expense and acquisition of additional debt for new CAPEX, if needed.

Analysts recalled that the firm settled its erstwhile foreign denominated loan of $338.3 million in 2019.

This comprises $315 million principal repayment and $23.3 million accrued interest at the time.

The decision on the forex obligation may have yielded as it protects the firm from the FX losses that would have arisen from the recent naira devaluation.

Analysts explained that the knock-on effect of weaker top-line is likely to drive earnings lower by 11.8% to ₦13.7 billion.

This comes despite a low effective tax rate expectation of 13.3%.

Lafarge Africa cash flow will be negatively impacted by the projected contraction in operating performance and forecast weakness in working capital, analysts said.

Analysts said the firm’s working capital weakness is likely to be driven by inventory buildup due to crisis-induced demand slowdown.

However, in view of the expected pressures, analysts forecast a 56.4% decline in cash flow to ₦35 billion for FY’20.

“Ultimately, closing cash balance is likely to contract by ₦10.8 billion in FY’20, despite expectations of lower CAPEX spend during the year”, analysts reckoned.

Analysts at Cardinalstone stated that notwithstanding the current shock, the firm believes Lafarge remains a compelling proposition in the medium-to-long term.

This is due to its recent restructurings. Notably, the company’s cash flow position is likely to recover strongly in FY’22 alongside expected pick up in domestic macro.

Point and Kill Investing Hurts, Things to Consider Before Opening Your Wallet