Home Analysis Lafarge Africa Gets its Groove Back after SA Divestment 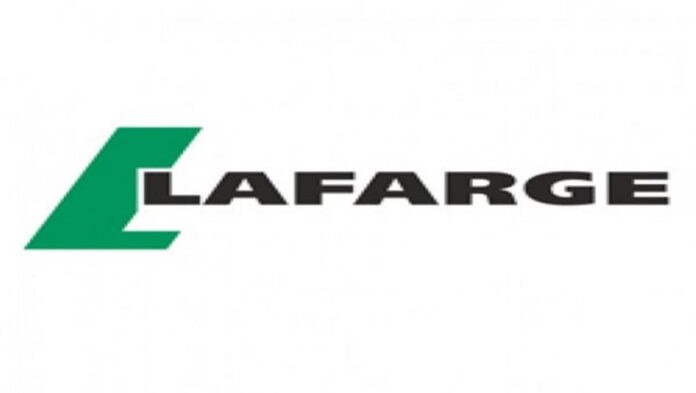 Lafarge Africa Gets its Groove Back after SA Divestment

In its audited statement, the company double down its profit margin alongside return on equity and average asset, spelling out improved earnings capability. This was supported by the divestment of its South Africa (SA) subsidiary.

In fact, the cement company recorded about 99% increase in profit after tax, a clear deviation from loss making streaks when margin-dilutive South Africa subsidiary was part of the group.

Lafarge WAPCO was able to deleverage its balance sheet having paid off sizeable amount of debt on its book with the divested entity proceeds. The attractive earnings, which appears to be consistent earn the company equity analysts buy ratings.

Across distribution channels, the company’s brand is also receiving attention. Despite price adjustment, volume growth was positively impacted in 2020. In their separate reports, equity analysts appear to be betting large on WAPCO stock due to expectation of a better performance.

In an equity report, Vetiva Capital said the outturn was an impressive one, though the cement company underperformed analysts forecast. In its valuation, equity analysts at Vetiva Capital valued WAPCO at N28.18 per share and place buy rating on the ticker.

In a related development, analysts at Chapel Hill Denham also retained buy rating on Lafarge with a 12-month target price of N34.22. In 2020 audited financials, Lafarge Africa reported a 99% year on year jump in profit after tax to ₦30.8 billion.

Whereas the lockdowns and subsequent social distancing measures meant to help slow the spread of the virus went a long way in dampening cement demand in Q2-2020, rapid capital expenditure disbursement from the government as well as a mini-resurgence in commercial and residential real estate supply supported a rebound in cement demand in the second half of the year.

Analysts said the miss was actually driven by a slower-than-expected Q4-2020 volume rollout at 1.1 million MT as against 1.2 million MT in Q4-2019 and Vetiva estimate of 1.4 million MT), amidst manufacturing issues at the Ewekoro and Mfamosing plants in Q4 as well as the total shut down of Ewekoro Line 1 for upgrades at the end of September.

With public cement demand expected to remain healthy in 2020 amidst continued spend on transport infrastructure, we forecast a 7% year on year jump in volume rollout to 5.5 million MT.

This outlook is supported by the expected reopening of Ewekoro Line 1 in second half of 2021 and the potential completion of debottlenecking at Ashaka (a potential 0.25 million MT capacity boost).

“After accounting for the 2020 actuals, we have made a number of changes to our 2021 forecasts.

First, even as 2020 delivered a 9-year high earnings before interest tax depreciation and amortisation (EBITDA) margin at 32.7%, analysts remain cautious of 2021 margins, given rising energy costs as well as general inflationary pressures.

That said, Vetiva’s analysts expect the improved scale and efficiency from the reopening of Ewekoro line 1 and the Ashaka debottlenecking to feed through to margins, driving a 28.8% 2021 EBITDA margin and taking absolute EBITDA mildly 4% lower to ₦72.2 billion.

Even as the debt balance is expected to fall in 2021, as analyst noted that about ₦34.1 billion bond matures in the year, analysts expect rising interest rates to overcompensate for this fall and drive the higher finance charges.

On that noted, after adjusting for a 23% effective tax rate assumption, analysts arrive at a profit after tax of ₦26.4 billion for 2021.

In its equity note, Chapel Hill Denham said relative to its forecasts, the underlying gross margin surprised positively. The financial year 2020 earnings per share (EPS), however, surprised negatively, as revenue underperformed forecast, together with more than a two-fold expansion in tax charges.

Analysts said while Lafarge delivered another profit on Q4-2020 standalone basis, the fourth consecutive quarterly profit dipped by 45.6% sequentially. To underscore the scale of things, analysts said the N2.4 billion reported in Q4-2020 is the lowest quarterly profit in 2020, a quarter that was supposed to be its strongest.

Lafarge Africa the board has proposed a final dividend of N1.00/share, translating to a payout ratio of 52% and a dividend yield of 4.8% on reference day’s closing price (N20.90/share), a tad lower when compared to DANGCEM’s yield of 7.3% in the same period.

Despite the slight increase of 1.5% in revenue, cost of goods sold moderated significantly by 12.6% year on year. While revenue breakdown is yet to be provided, analysts express view that revenue growth was price-led.

Chapel Hill Denham had stated that cost pressures stemming from the blend of naira weaknesses and double-digit inflation will further tempt management to adjust prices upward.

Evidently, channel checks suggest that Q4-2020 prices were ahead of Q4-2019 levels. In fact, Chapel Hill Denham recalled that management had raised prices by 29% in 9M-2020, a development that must have influenced revenue in Q4-2020.

After massive debt obligation settlement, Lafarge continues to benefit from what now appears to be a deleveraged balance sheet. Notably, gross borrowings declined by 22.5% in 2020, paving the way for 51.9% and 39.7% decline in finance charges in full year and Q4-2020 respectively.

Analysts said the positive pass-through impact of deleveraged balance sheet is a 98.8% growth in EPS in 2020.But then, Lafarge Africa’s net operating cash flow dipped, falling by more than 20.6% year on year.

Chapel Hill Denham said this was driven by the high base from the previous year where the company recorded N99 billion in gains from the discontinued operations.

“When we strip out the gains from assets disposal, net operating cash flow in 2019 would have been negative as against positive N64 billion 2020”, analysts said.

However, analysts explained that Lafarge’s working capital management in was stronger, with the group reporting a 4.1% and a 38.6% decline in inventory and trade receivables, both of which underpinned cash generation during the period as cash balance grew by 97%.

“We found the quarter on quarter revenue decline disappointing, especially since the fourth quarter has historically been its strongest”, analysts said.

Analysts explained that the year on year growth in revenue was driven by growth in Cement Sales which jerked up 9.1% to N226.2 billion, thus  offset weakness in sale of Aggregates & Concrete (down 25.5% y/y to N4.3bn).

“We believe the recovery in private sector consumption as well as absence of covid-19 induced pressures on construction activities that characterized H1-2020 aided Revenue growth in H2-2020”, CSL Stockbrokers said.

Operating Expenses (adjusted for depreciation) was well controlled as it fell marginally by 2.1% to N21.4 billion in from N21.9 billion in 2019.

Lafarge Africa Gets its Groove Back after SA Divestment