After meeting with the the Federal Government, the International Monetary Fund, raised concerns over steep inflation and unemployment condition as well as subsidy return.

With the currency inflation in relation to the United States dollar, the local currency, Naira has lost steam as store of value with weak purchasing power amidst stagflation condition in the country. Compare with 6 years ago, households are paying more for less despite the pro-people stance of the All Progressives Alliance mantra.

“Things have not being the same. Naira is weak, there is joblessness, and inflation is rising even foreign investors are not finding Nigeria attractive”, sources told MarketForces Africa.

In June, headline inflation could ease further, as base effects come to play, said Vetiva Capital analysts in a projection while noting that blockage of foods supply to the South is a downward risk for inflation rate expectation.

Also, analysts said they note possible headwinds from the adoption of Nigerian autonomous foreign exchange (NAFEX) rate as the official exchange rate and the consequent impact in the parallel market.

Having adjusted expectation for the outer months, analysts said they now anticipate an average inflation reading of 17.34% year on year for 2021, from 13.25% in 2020.

“While food inflation has moderated, onions producer and marketers association of Nigeria mulling over stripping southern region of access to onions.

“Though this shock is not broad based, the resurgence of a food blockade across other key food items could have dire consequences for food inflation, especially if such threat re-emerge close to the harvest season.”, analysts explained.

Meanwhile, the investment firm expects prompt intervention to subdue this risk, noting that high base effects could influence further decline in food inflation to 21.79% year on year in June.

“Going forward, we note headwinds from the proposed addition of wheat and sugar to the restriction list and tailwinds from the reopening of the borders.  Thus, we expect an average food inflation of 21.11% year on year in 2021 from 16.11% in 2020”, Vetiva Capital stated.

Vetiva Capital analysts added that with new foreign exchange pressures on the scene, core prices could remain elevated in the near term as Naira slips below N500 for a dollar in the parallel market.

Recalled that the nation’s headline inflation moderated for the second time in a row to 17.93% year on year in May, as against 18.85% projected by analysts.

It was however noted that on a month-on-month basis, headline inflation rose at a faster pace by 1.01% compare with 0.97% reading in April, 2021.

Overall, food prices rise but at a slower pace compare with what market had witnessed in the previous 19 months uptrend before consumers price index tempered.

NBS report shows that the major driver of food inflation remains the food and non-alcoholic beverage segment, which is mostly affected by insecurity, adverse weather conditions, and higher pump prices.

Amid the reduction in food inflation, imported food inflation sustained its upward momentum to 16.97% year on year in May from 16.91% April, reflecting the pass through effects of a weaker Naira and foreign exchange (FX) restrictions on food imports.

Naira devaluation has made more Nigerians becoming poorer while level of joblessness which stands at sky-high level of 33.3% peppered the citizen finances further.

This is evident in May’s core inflation outcome of 13.15% year on year against Vetiva’s projection of 12.78%. While health and transport inflation lead the pack, analysts said they witnessed a moderation in both health (-5bps) and (-2bps) inflation for the first time since the pandemic struck.

“We also attribute this to base effects, given the absence of severe waves of virus, reduction of petroleum motor spirit prices in April, 2020 and relatively flat PMS price this year. 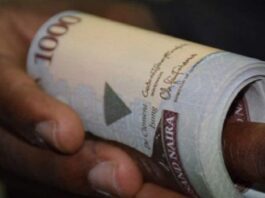 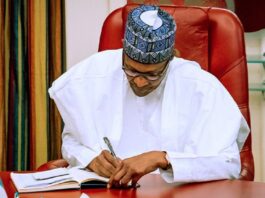 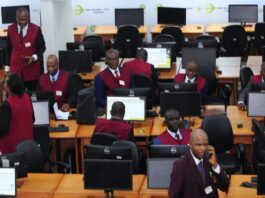