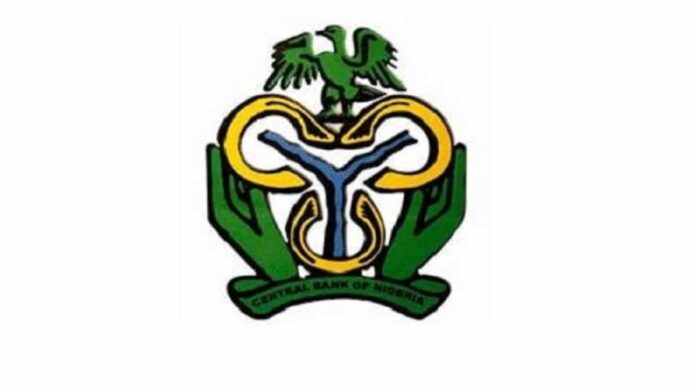 Foreign exchange (FX) rates is expected to converge at the point when the Central Bank of Nigeria (CBN) begins full intervention in the market, analysts hinted in a report.

The nation’s external reserve used by the monetary policy authority as war chest to defend Naira was pierced due to weak foreign inflow.

Meanwhile, Nigeria is expected to pay down $500 million Eurobond secured at 6.75% on January 28, 2021 according to data from Fitch Ratings.

Analysts think the local debt market would be a go to place for Government to raise fund due to lower interest rate compare to Eurobond market.

In its 2021 macroeconomic report, United Capital project potential convergence of rates when the Central Bank of Nigeria (CBN) begins full intervention at the investors and exporters foreign exchange (FX) window.

The firm highlighted that Covid-19 took its toll on the Nigerian economy in 2020, after the Federal Government imposed widespread nationwide lockdowns in Q2-2020 to contain the virus.

It said oil market collapse wiped out export earnings and 50.0% of government revenue, even as domestic economic activities were ground to a halt in the country’s largest commercial hubs.

Analysts stated that the CBN devalued the Naira on its official and I&E windows in the face of the pandemic.

The apex bank then launched a series of intervention programs, slashed the monetary policy rate and kept the system inundated with liquidity.

Similarly, amid pressure on both oil and non-oil revenue, the FGN was forced to take bold actions.

Explaining the action, United Capital stated that the pump price of petrol was somewhat deregulated, electricity tariffs were hiked, and the closure of the land borders was reviewed.

Despite the concerted efforts, analysts said the Nigerian economy slipped into another recession as GDP contracted in Q2 and Q3-2020.

Meanwhile, inflation galloped to a 33-month high of 14.89% year on year in November 2020, amid sharp food price increases and the currency market crisis.

Also, the CBN imposed administrative measures to curb the depletion of the external reserves, which slid to $35.4 billion (down $3.2 billion year to date) in December 2020.

“In 2021, we expect GDP growth to rebound by 1.7% to 2.0%, buoyed by increased economic activity and some improvements in the oil market”, United Capital stated.

The firm stated that although the reopening of the borders in Q4-2020 should ease pressures on food prices, other structural factors such as FX market illiquidity, potential increases in petrol price, etc. may keep general prices elevated.

As a result, analysts said they expect the headline inflation rate to peak at around 16.0% before pulling back, if no further policy adjustment is made.

Again, the high base effect of the headline inflation spike in Q3 and Q4 2020 should moderate further increases in price levels, United Capital stated.

In response to rising inflation and in a bid to attract FPI inflows to the market, analysts imagine that the CBN would begin to tighten its monetary policy stance at some point in Q2-Q3 2021.

“On the exchange rate, we expect a potential convergence of rates when the CBN begins full intervention at the I&E window.

“As such, we anticipate that the parallel market will appreciate from N470/$ towards the National Autonomous Foreign Exchange (NAFEX) rate which has now been adjusted to N410/$”, United Capital stated.

Analysts stated that the CBN through its heterodox policy actions, following restrictions on OMO bills in late 2019, arguably remained the conductor of the orchestra, setting the tempo for capital flows.

It was noted that matured bills issued in 2019 flooded the financial markets, overloading the system with liquidity in 2020.

Accordingly, the equity market surged 50.0% in 2020 – its best performance in over a decade and well above its global peers – as local investors shifted from risk-free to riskier assets.

Similarly, it was noted that Nigerian sovereign bonds outperformed EM peers with the S&P/FMDQ Sovereign Bond Index returning a record 42.3% in December 2020 compared to 3.2% on the JPM EM Government Bond Index.

Driven by buoyant system liquidity and an extremely low yield environment, the firm stated that corporate and non-sovereign issues increased significantly in 2020.

In 2021, analysts believe that sentiment for stocks will depend on the direction of monetary policy, particularly in relation to the yield environment.

United Capital said a sharp reversal of rates is likely to trigger a sell-off in the equities market considering that the current average market price-to-earnings (P/E) valuation multiple (15.2x) is considerably higher than the 5-year historical average (11.9x).

“While we predict that the rate reversal, which appeared to have been triggered in Dec2020, will become more apparent from Q2-2020, the yield environment may not reverse to double digits until late 2021 or later”, analysts stated.

Accordingly, United Capital’s prognosis for the Nigerian stock market in 2021 is that domestic interest, fueled by dividend expectations, is likely to sustain the market rally in Q1-2021.

“However, in the absence of foreign demand, we see a short-term bear market from Q2 to Q3-2021”, the firm stated.