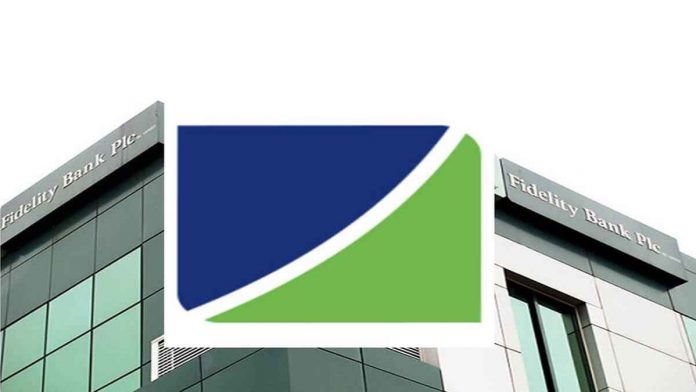 Fidelity Bank Plc. records sky-high earnings jump in the first quarter (Q1) of 2021 amidst gradual economic recovery in Nigeria market as analysts project a better outturn in profitability for the year.

According to financial statement submitted to the Nigerian Exchange, the bank Q1 pretax profit jumped 53.9% to N10.134 billion from N6.583 billion in the comparable period in 2020.

Jumped at about 29%, the bank total asset printed at N2.893 trillion from N2.246 trillion in the comparable period in 2020 as a result of increased loans and advances to customers which surged to N1.426 trillion from N1.165 trillion.

It would be recalled that Fidelity Bank total asset printed at N2.758 trillion as at financial year 2020.

Commenting on the performance, Fidelity Bank Chief Executive Nneka Onyeali-Ikpe said, “We commenced the year showing impressive double-digit growth in profitability and improved performance across key efficiency indices whilst ensuring our business model continued to deliver strong positive results in line with our guidance for the 2021 financial year.

“Net interest margin remained unchanged at 6.3 per cent compared to 2020 full year as the drop in average funding cost offset the decline in average yields on earning assets,” she said.

According to her, average funding cost dropped to 2.5 per cent from 3.6 per cent in 2020 due to a combination of improved deposit mix and a slight moderation in average borrowing cost.

The bank CEO hinted that if the increase in regulatory charges is excluded, total operating expenses would have dropped by 13.8 per cent to N18.6 billion from N21.6 billion in Q1 2020.

Onyeali-Ikpe added that retail banking continued to deliver impressive results for the bank as savings deposits increased by 4.1 per cent year-to-date to N441.6 billion, saying the bank is on course to achieving the ninth consecutive year of double-digit growth in savings deposits.

Other regulatory ratios remained above the required thresholds with liquidity ratio at 33.9 per cent and capital adequacy ratio at 18.4 per cent from 18.2 per cent in 2020.

“We are committed to sustaining our growth trajectory and achieving the long-term strategic aspirations of the bank as we look forward to delivering another set of good results in the next quarter,” Fidelity Bank CEO said.