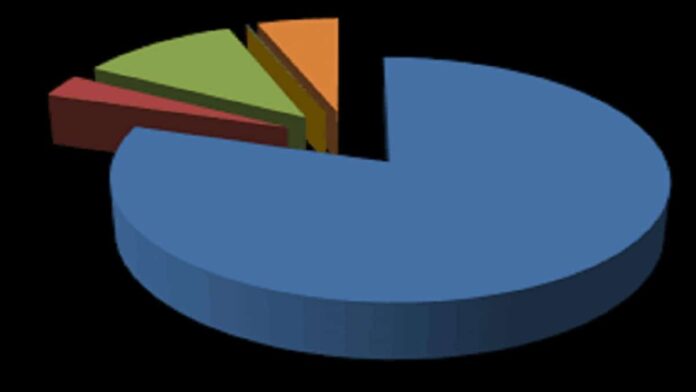 Despite the recent improvement recorded in the third quarter of 2020, analysts have maintained that the Nigeria’s external condition remains fragile as current account deficit moderated to -$3.3 billion.

Macroeconomic data shows that Nigeria has maintained negative current account balances for nine straight quarters, but trend reversed in the third quarter of 2020.

In a macroeconomic note, Afrinvest, a leading investment firm headquartered in Lagos call the development worst trend on record.

According to the firm, remittances remain significantly below 10-year historical average of $5.3 billion.

This was due to the continued disruptions from COVID-19 in economic regions with huge Nigerian diaspora flows such as Europe and America.

This was due to continued weakness in demand for international travel and tourism amid a second wave of COVID-19 as other business services deficit fell to $878.8 million from $1.9 billion in Q2:2020.

Afrinvest stated that these were driven by fewer Nigerian residents earning income abroad as analysts maintain that the historically surplus component of the current account remains under pressure.

Goods trade deficit came at -$4.9 billion from -$4.1 billion in Q2:2020 reached the highest level on record based on quarterly data.

This occurred despite the 27.3% quarter on quarter increase in exports during the quarter relative to imports growth of 24.3%.

This, according to Afrinvest, suggests there was an increase in trade activities following the reopening of economies.

Driven by 15.6% growth recovery in oil prices to $45/barrel during the quarter, there was a notable increase in the value of oil & gas export up 40.6% quarter on quarter to $7.4 billion.

Meanwhile, the non-oil export component remains weak as it sloped down 35.5% in the third quarter to $651.7 million.

Afrinvest stated that the recent recovery in oil prices to an average of $45.7/b and $54.7/b in Q4:2020 and January 2021 respectively is a positive development, supported by agreed extra production cuts of 1 million barrel per day by Saudi Arabia.

“However, oil demand outlook remains weak on the back of a slow paced recovery following renewed lockdowns in major economies such as Europe to contain the virus.

“With the OPEC+ cut agreement in place, the recovery in oil prices alone is insufficient to correct Nigeria’s weak external position.

“Due to gradual increase in the mass-distribution of C-19 vaccines, we expect an uptick in international travels and demand for imports which suggests that the trade deficit would remain large.

“While the reversal of the CBN’s policy on diaspora remittances in December 2020 may encourage marginal increase in inflows, we expect remittances to remain weak as Nigerians abroad continue to adjust to the post-COVID environment implying bleak outlook for the Naira”, Afrinvest stated.