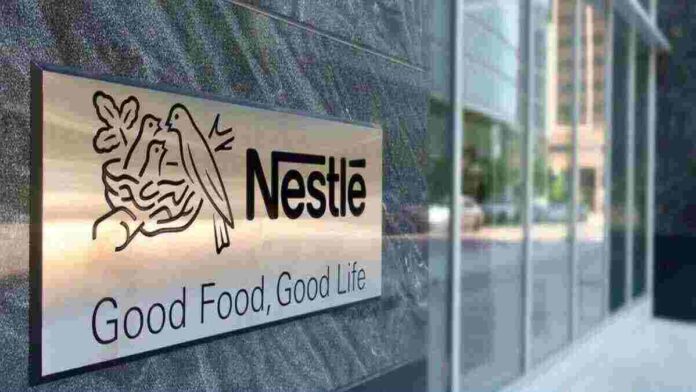 A pricey stock, Nestlé’ Nigeria has a strong history of dividend payment as Nigerian Exchange currently value the company for N1.109 trillion.

For a 7-day trading session, the stock market has pegged Nestlé Nigeria price at N1,400 and analysts feel investors should offload their holdings to take advantage of the upside.

For the ticker, some stockbrokers believe there is so much to like about Nestlé’s performance scorecard as the company braces for a better outturn in 2021.

In a recent equity report, investment analysts at Vetiva Capital set N1,416.86 as the price target for the stock, upon which the firm intends to take profit for its investing clients.

It does appear that the fact that the stock has not moved for a while signal possible decline in stock market price as equities index swing both ways for the most part of May 2021.

Vetiva Capital explained that Nestlé’s revenue growth came from a combined 37% upsurge in revenue from beverages (to ₦34.9 billion) and a 15% year on year growth in food revenue to ₦52.4 billion.

“Although impressive, we are unsurprised by the growth in the beverage segment, as it had shown a consistent growth trend in the past year even while the company’s total revenue was declining.

“What stands out for us, however, is the growth in Revenue from Food as we had observed consistent declines in revenue from this segment in the past year.

“We believe the turnaround in food revenue growth has come from an increase in prices as well as an improvement in demand for seasoning cubes as restaurants and food service companies are now seeing a remarkable rebound in traffic”, Vetiva Capital said.

Despite the competition from Unilever’s Knorr, Promasidor’s Onga and other smaller brands, Vetiva analysts said they expect that revenue from the food segment will maintain this growth trajectory, given the paced increase in economic activities, and its position as a moderately-priced seasoning cube.

“Based on this and the impressive outperformance of our initial forecast, we revise our full year revenue estimate to ₦322.1 billion from ₦296.3 billion”, Vetiva said.

On the other hand, it was noted that cost of sales jumped 41% year on year to ₦49.3 billion, majorly due to a 38% increase in the price of raw sugar per metric Tonne, which analysts considered as a faster increase when compared with the growth in refined sugar prices.

Despite this, the company’s gross margin stayed flat year on year at 27%, suggesting that it has become more efficient, cost-wise. Furthermore, despite accounting for a 13% increase in operating expenses, the company’s operating margin improved 1 percentage point to 24%.

“Given that we may see sugar enter the list of items restricted from access to FX at the CBN official window, we believe the company’s cost of Sales may surge in line with parallel market volatilities”, Vetiva Capital analysts stated.