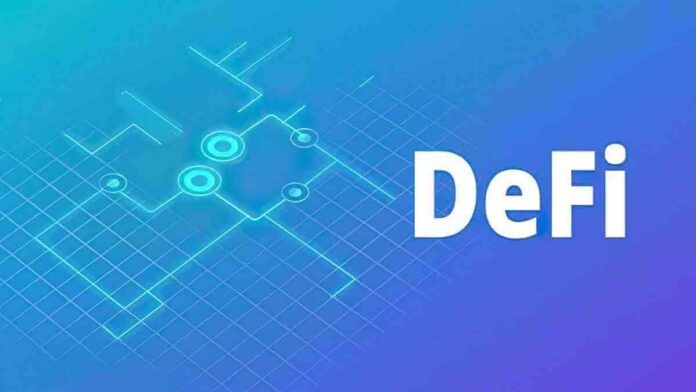 After an impressive growth between January and May, the market cap of the decentralized finance or DeFi market dropped down significantly in the last month and a half. According to data presented by BlockArabia.com, the DeFi market size stood at below $48bn at the end of last week, a massive 45% plunge compared to May figures.

A Sharp Fall after Record Levels in May

Decentralized finance offers various benefits compared to traditional financial services. Most DeFi apps run on the Ethereum blockchain, and they operate without a central control service over the entire system.

Through DeFi lending, users can lend out cryptocurrency, as a traditional bank does with an official currency and earn interest as a lender. Interest rates are typically more attractive than traditional banks, while the barrier to entry to borrow is significantly lower compared to a traditional system.

In June 2020, the DeFi market size, as measured by the amount of cryptocurrency locked, stood at $1.85bn, revealed the Defipulse data.

By the end of the year, this figure jumped to over $16bn. However, after an impressive growth throughout the last year, the DeFi market exploded in 2021, reaching $46bn value in February. Over the next two months, the amount of cryptocurrency locked in the DeFi market surged to $64bn, a staggering 300% increase since the beginning of the year.

In May, the DeFi market hit an all-time high, with the total amount of cryptocurrency locked surging to $87 billion on May 12.

However, July brought a sharp fall, with DeFi market size plunging by nearly $40 billion in a month and a half. This could have been caused by significant changes in the price of almost 100 different cryptocurrencies, which may have led to investors pulling out. Another factor was the growing transaction fees of Ethereum, the main cryptocurrency of use within DeFi.

Uniswap and Wrapped Bitcoin Increased Their Market Cap in 2021, Chainlink Down by 10% year to date.

As the world’s leading DeFi token, the market cap of Uniswap increased significantly this year. After peaking at $22.1bn in May, Uniswap`s market cap dropped to around $9bn last week, still a massive 310% increase since the beginning of the year.

As the second-largest DeFi token, Chainlink witnessed a different trend, with its market cap falling by 10% year to date to $7.3 billion.

The market capitalization of Wrapped Bitcoin, as the third-largest DeFi token globally, grew by 50% in this period, rising from $4bn in January to $6bn last week.

Although it was never intended to have any financial value, the price of the YFI DeFi token skyrocketed to over $38,500 in January, only six months after it was listed.

The CoinMarketCap data show this figure soared to more than $77,000 in May, with its market cap reaching $3.2bn last month. YFI has a limited supply of only 36,000 coins, which is why its price quickly reached that of Bitcoin.

However, after the crypto price crash in May, the market cap of the YFI token plunged to just over $1bn last week, a modest 10% increase since the beginning of the year.