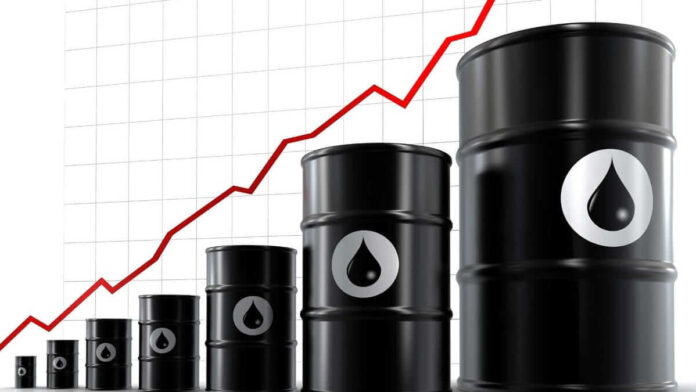 Crude oil prices rise on Wednesday ahead of the Organisation of Petroleum Exporting Countries and allies (OPEC+) meeting scheduled for April 1, 2021. Crude oil investors hope that major oil producers of OPEC+ will keep production levels unchanged for May despite estimates of a build in US inventories.

International benchmark Brent crude was trading at $64.52 per barrel, rising 0.54% increase after closing Tuesday at $64.17 a barrel. American benchmark West Texas Intermediate (WTI) was at $60.89 per barrel at the same time for a 0.56% rise after it ended the previous session at $60.55 a barrel.

The upward movement in oil prices was mainly driven by optimism that OPEC and non-OPEC countries, known as OPEC+, would maintain the current production quotas in line with the market expectation. At the scheduled meeting, the oil producing group will likely maintain status quo on supply cuts or ease them further after April.

Barkindo warned that while last month saw many positive developments, it also witnessed reminders of the ongoing uncertainties and fragility caused by the COVID-19 pandemic.

OPEC and non-OPEC producers are currently cutting 7.9 million barrels per day (bpd) under the existing deal, with Saudi Arabia making an additional voluntary reduction of 1 million bpd. The price hike came despite an estimated rise in US crude oil inventories.

Recalled the American Petroleum Institute (API) announced its estimate of a rise of over 3.9 million barrels in US crude oil inventories relative to the market expectation of a 400,000-barrel increase.

If crude stocks increase in line with the API’s expectations, it signals that crude demand is falling in the US, the world’s largest oil consumer, to negatively affect oil prices.

In the global market, demand has not really picked up due to uncertainties around covid-19 vaccines, Europe lockdown and tepid global economic performance. Oil analysts however said the rollover of the current production levels for at least two months will be most supportive of price stability.

JMMC Convenes ahead of OPEC+ Meeting

Oil prices plunge early Tuesday as Joint Ministerial Monitoring Committee (JMMC) convenes. Ministers of the world’s major oil-producing countries convene Wednesday for the JMMC during which recommendations will be made for the following day’s 15th Ministerial Meeting of Organization of Petroleum Exporting Countries (OPEC) and its allies, known as OPEC+.

Oil-producing countries are expected to determine whether to prolong or ease production cuts to balance the market that is still grappling with low oil demand amid rising virus cases in Europe.

International benchmark Brent crude was trading at $64.88 per barrel early on Tuesday after falling 0.06% from $64.92 a barrel on Monday.

American benchmark West Texas Intermediate (WTI) was at $61.52 per barrel at the same time for a 0.06 % drop after it ended the previous session at $61.56 a barrel.

Having recorded 13-month-highs by hitting over $71 a barrel when major oil producers agreed to maintain the production levels in April, oil prices have seen a declining trend in the last two weeks due to renewed coronavirus cases in European countries.

This was followed by more restrictions and/or lockdowns.

Investors are cautious before a decision is taken at the key two-day meeting of OPEC and non-OPEC oil-producing nations, like Russia, a grouping dubbed OPEC+, on their production cut strategy for May.

The market expectation is a further extension of production cuts into May in keeping with the oil cartel’s cautious strategy to balance the market. The OPEC+ group is currently reducing production to 7.9 million barrels per day.

The freeing of the 400-meter-long ship (1,312-foot), Ever Given, in the Suez Canal, which blocked almost 30 oil tankers from making transit, initially increased oil prices but prices retreated and concerns were outweighed about the stuck ship over low oil demand from increasing coronavirus cases.

JMMC will also monitor the conformity levels to the voluntary production adjustments adopted at the previous OPEC and non-OPEC Ministerial Meeting, and review global oil market conditions and prospects.

However, the JMMC’s technical think-tank, the Joint Technical Committee (JTC) is scheduled to convene later on Tuesday via videoconference. On March 4, OPEC+ members rolled over existing production quotas until April.

However, Kazakhstan and Russia were excluded and allowed marginal production increases by 130,000 and 20,000 bpd, respectively due to ongoing seasonal consumption patterns. Saudi Arabia also decided to keep its voluntary cut of 1 million barrels per day (bpd).