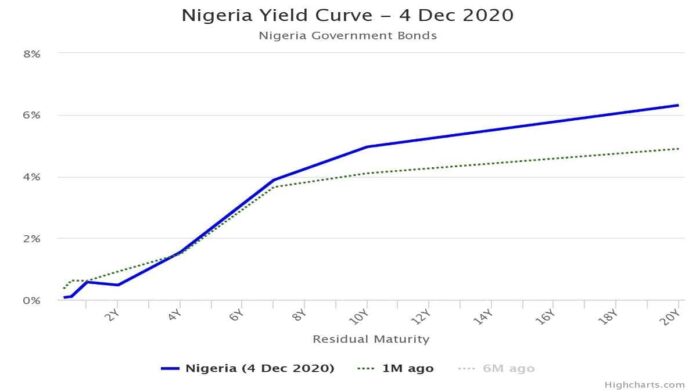 The financial system liquidity opened at N662 billion from N554 billion in the previous session.

Meanwhile, at the close of the market, the interbank money market rates bucked the decelerating trend witnessed since the start of the week.

“For us, the provisioning for the bi-weekly retail FX auction by the CBN comes to mind as the key driver of the uptick in funding rates”, Chapel Hill Denham said.

The firm however stated that similar pattern is expected to play out next week, where rates will start the week benign, due to supportive liquidity, before expanding on Friday, on the back of the provisioning for retail FX auction.

Meanwhile, activities were mostly quiet in the secondary open market operations (OMO) segment as discount rates on the benchmark instruments closed flat at 0.28%.

Elsewhere, in the bond segment, the market traded slightly mixed, albeit with a bullish bias as investors accumulated long-duration bonds.

In FX market, exchange rates were unchanged at N379.00, N380.69, N395.00 at the official, secondary market intervention sales and the I&E Window, respectively.

Elsewhere in the parallel market, pressures resumed on the local currency as Naira depreciate N5.00 or 1.05% against the US dollars to close at N475.00.

Point and Kill Investing Hurts, Things to Consider Before Opening Your Wallet