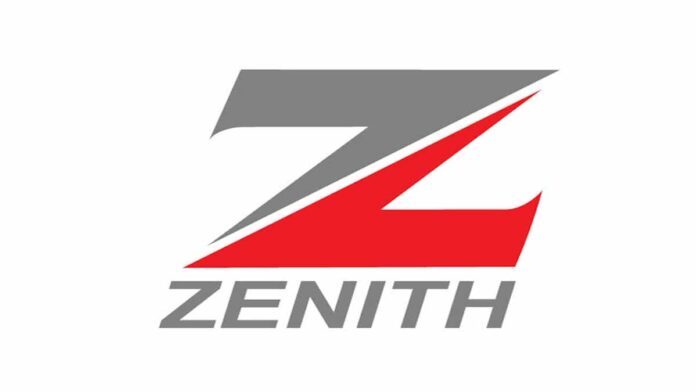 After a better-than-expected earnings performance for financial year 2020, a slew of equity analysts have rated Zenith Bank Plc.’s stock for buy as lender’s proposed to pay ₦2.70 on each share as dividend.

With improved footprint in the retail segment of the market, lender was able to weather the storm as non-interest income pushed results above pre-pandemic performance.

Some analysts see the lender as poised to deliver value to shareholders just as the board of directors proposed a final dividend of ₦2.70k, bringing total dividend to ₦3.00 compared with ₦2.80 in 2019.

Having rated the ticker buy, Pan African Capital, PAC, said the year 2020 will be known as a pandemic year due to the outbreak of coronavirus which has not only claimed the lives of many people, but also affected businesses in many countries.

However, analysts at the investment firm said COVID-19 did not have adverse impact on the performance of Zenith Bank in 2020.

Due to higher foreign currency revaluation gain and treasury bills trading income, noninterest income rose by 8.45% to ₦251.75 billion in from ₦232.12 billion in 2019.

At the bottom line, Zenith bank achieved significant improvement, with double digit growth despite disruption in the economy.

A growing numbers of equity research analysts believe the ticker is poised to deliver value to shareholders.

Analysts at Meristem Securities said for the most part, Zenith Bank Plc gross earnings in 2020 were supported by non-core income, particularly FX revaluation gains following the devaluation of the Naira during the period.

Lender’s trading income was, however, a beneficiary of the relatively low interest rates as the bank was able to book significant capital gains on its investment securities.

Expectedly, fee based income declined significantly by 20.75% due to the new fee regime on electronic transactions which became effective in January 2020.

However it was noted that growth stemmed mostly from a volatile income line – FX revaluation gains.

“Given our outlook for exchange rates this year, we expect gains from FX revaluations to be moderate.

“On the other hand, we expect an uptick in interest rates, coupled with sustained growth in earning assets to yield a higher growth in interest income.

“We are also positive about fee-based income growth in view of the bank’s retail drive.” Meristem Securities said.

It added that outlook for interest rates implies that the firm expects trading income to be pressured during the year.

Like Meristem Securities, a number of analysts told MarketForces that regulatory risk remains the major threat to income growth.

Analysts explained that while the bank’s strong assets growth is commendable, it did not translate to a growth in net interest margin (NIM) despite an 18.45% decline in interest expense.

This was partly because some of the growth in loan book was due to the translation effect of foreign currency loans following Naira devaluation.

This stemmed from decision to provide adequate cover for Stage 3 loans following a significant write-off of ₦53.81 billion.

Due to macroeconomic condition, Zenith bank management has guided that it expects a higher cost of risk of 2.00% in 2021.

Digging into the numbers, it was discovered that Zenith bank cost-to-income ratio inched up to 50.00% from 48.80% on the back of higher impairment charges, IT spending and general inflationary pressure.

In 2020, the bank IT spending jerked up strongly in order to support the business continuity plan triggered by the pandemic.

Analysts said although the bottom line grew by 10.40% to ₦230.57 billion, supported by lower income tax, both return on average asset and equity declined marginally to 22.40% and 3.10% respectively.

“We expect funding costs to remain within the 3.00% to 3.50% band, while NIM should improve given the current trajectory of interest rates”, Meristem stated.

Especially, as management has guided that loans will be repriced.

While the bank has maintained an excellent prudential standing so far, analysts are concerned about adverse changes in loan quality due largely to the pandemic.

“We refer in particularly to the reclassification of ₦359.01 billion Stage 1 loans to Stage 2 during the period.

“This could pressure asset quality which currently stands at 4.29% in 2021.

“Our outlook is consistent with Management guidance of 4.50%”, Meristem said.

This yields a target price of ₦29.57, with an implied upside of 14.38% based on the reference market price.

Standalone, fourth quarter 2020 after tax profit was also up by 22.6% year on year, owing to an increase in both interest income and non-interest income as well as lower taxes.

Due to improved sentiment on the bank performance, analysts at the firm set 12 months target price of ₦33.55.

Reviewing the financials, analysts said Zenith Bank recorded a 12.2% year on year increase in net interest income, despite the reduction in yields on loans and investment securities.

This happened as a result of improvement in interest expense, down by 18.4% in 2020, on account of a 90bps decrease in cost of funds, attributable to repricing of term deposits and cheaper borrowings.

Recall that the bank paid off $392 million of its outstanding Eurobond issuance in the third quarter of 2019, which resulted in a significant easing of its interest expense in 2020.

“Also, majority of its newer funding facilities were pegged at floating rates, allowing the bank to enjoy the benefits of the lower rate environment”, Chapel Hill Denham explained.

Diving into the financials, it was noted that non-interest income jerked up 8.5% despite a 20.8% decrease in fee income particularly credit related fees (down 36.4%) and electronic banking fees (down 36.3%) owing to positive trading income gains following currency devaluations in 2020.

Similarly, the bank recorded an impressive 265% year on year increase in gains realized from the revaluation of foreign currency-denominated asset, due to the bank’s strong net FX position, which stood at ₦425 billion or $1.035 billion in 2020.

Agreeing with Meristem Securities, analysts said some portion of this growth is tied to the translation impact of foreign currency loans, which accounted for 46.8% of loans as at 2020 from 44.7% in 2020.

Analysts at Chapel Hill Denham noted that lender’s non-performing loans (NPL) ratio came in at 4.3%, down 50bps in the fourth quarter on account of improved repayments and loan recoveries in Q4-2020.

So, the bank capital adequacy ratio (CAR) dropped in in at 23.0% in 2020, well above the 15% requirement, which analysts think should be supportive of asset growth in 2021.

Our concerns about the results

In the period, operating expense surged 10.4% year on year owing to a 107% increase in information technology costs, 88% increase in licenses, registrations and subscriptions.

Then, combine effect resulted in its cost-to-income ratio remaining flat at 46.4% Q4-2020, despite the improvement in operating income.

Lenders reported significant increase in impairment charge on credit losses in the period.  This was largely attributable to lower oil prices and Covid-19 outbreak that dominated 2020, leading to an increase in expected loan losses.

Pan African Capital puts the target price of the stock at ₦30.29, representing an increase of 15.15% from the reference price of ₦26.30.

Analysts valuation, forecasts considered several factors including the previous financial reports of the company, the current figures released by the company.

It also include the performance of the bank in the industry and outlook from the bank’s management.

CSL Stockbrokers Limited reckoned that the bank still rates well based on capital adequacy 23.0% up from 22.0% in December 2019, sustainable long-term dividend yield, and stable asset quality.

Analysts at the firm said they also have a buy recommendation on the stock with a target price target of ₦34.19 per share.

In its equity report, analysts at United Capital said lender is making a kill on cheap deposits.

The firm rated Zenith bank a buy after having taken cognisance of the lender’s robust balance sheet and operating efficiency.

“We retain a buy rating on Zenith at current price of ₦26.3/share, buoyed by operational efficiency which was reflected in the reduction in cost of funds, massive cheap deposits and resilient interest income numbers.

“In 2021, interest income from the huge deposits with the CBN should support earnings considering the special bills offering from the CBN which was executed at 0.5%”, United Capital analysts said.

For context, the firm is expecting profit after tax to remain stable and well above ₦200 billion in 2021, consolidating its industry position as the most profitable bank.

Again, United Capital cited that Zenith’s earnings stability continued to more than offset pressure on CAR, as observed in the 2020 numbers.