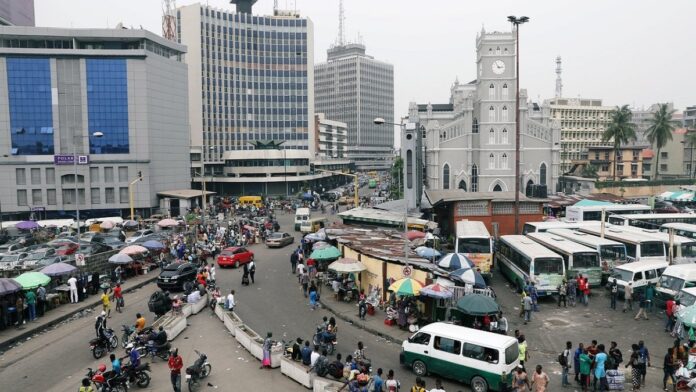 There is a growing uncertainties as Federal Government borrowings to finance fiscal deficit using the Central Bank of Nigeria‘s overdraft facility has skyrocketed, breaching the apex bank’s 5% guideline.

In the last five years, FG borrowings from the CBN in particular has expanded more than 500%, Agusto & Co said in a report. Meanwhile, in its book, CBN reported N2.864 trillion deficit financing in 2020.

Though, it has been noted taking overdraft from CBN pre-dated the coronavirus pandemic which effectively reduced government revenues, especially foreign receipts from exports while import bills grow.

In a report this week, the global rating agency, Fitch, also warned that deficit monetisation will raise macro-stability risk in the country.

The Ratings noted that the present administration has continued, in a sustained recourse to using monetary financing to support weak fiscal base above level provided by the CBN Act.

The CBN’s guidelines placed a limit to the amount that government can access under Way and Means Facility (WMF) to 5% of the previous year’s fiscal revenues.

To support fiscal deficit, Fitch estimated that borrowings from the CBN’s overdraft facility in 2020 was ₦1.9 trillion, complemented by ₦1.7 trillion from other financing sources.

Unfortunately, Nigerian government has been caught in the web of low revenue generation following weak global price of oil accounting for about 90% of the nation’s foreign receipt.

According to analysts, Nigeria’s oil supply is subject to the Organisation for the Petroleum Exporting Countries and Allies (OPEC+) monthly quota.

Historical data from Fitch shows that in financing its budget deficit, FG took ₦1.2 trillion from the CBN overdraft facility in 2015, and ₦0.2 trillion from other sources.

However, in 2016, borrowing from the CBN overdraft facilities was cut down to ₦0.7 trillion while ₦2 trillion was raised from other sources.

Just after then, data from Fitch shows the nation’s reported a decline in CBN overdraft to ₦0.3 trillion while ₦3 trillion was raised from the market, other sources inclusive.

But borrowings from the overdraft facility peaked in 2019 when FG accessed ₦2.5 trillion from the monetary authority and ₦1.3 trillion from other financing sources.

“FG increased borrowing from the CBN has risen by more than 500% in five years, this will likely continue in 2021”, Agusto said.

It added that CBN support is expected to reduce the dependency of the government on financial markets in a period of higher demand for government securities.

“Federal government has budgeted fiscal spending of about ₦13.6 trillion in 2021”, the report reads.

However, Agusto projects aggregate spending of about ₦10 trillion, while fiscal revenues will be about ₦3.5 trillion, indicating a record deficit of over ₦6 trillion.

“Despite the worsening fiscal position of the sovereign, the federal government can access credit at lower yields”.

With naira yields on government debt securities at about the same levels with dollar yields, Agusto stated that the incentives for the carry trade have been effectively nullified.

This, according to the credit agency makes Nigeria an unattractive destination for foreign portfolio investors.

“Our outlook for 2021 is that real interest rates will remain negative, thus enabling the government to cheaply finance its deficits”, Agusto said in the report.

Will the Central Government embark on Macro Reforms in 2021?

“Modern day diction is replete with clichés that draw a nexus between crisis and opportunity.

“Thus, economic historians have always argued that it is much easier to drive macro reforms in periods of downturns than in more prosperous times.

“This truism is quite valid even amongst a reform sceptical citizenry in a nation like Nigeria”, Agusto stated.

Agusto said for instance, current administration has been able to push for Nigeria’s boldest reform in decades in the pricing strategy of petrol.

FG rides on the back of the COVID-19 economic downturn by implementing a new pricing plan that seeks to wean the country off the long-term subsidy regime.

It was also noted that reforms have also been enacted in the electricity markets where the government has also allowed price increases to help market operators absorb more costs albeit with some subsidised tariffs for poor consumers.

The agency explained that COVID-19 induced economic crisis creates a perfect storm to implement market friendly reforms that have long been in the books of this government.

“We believe the government should expend some of its political capital on a full deregulation of the downstream petroleum industry beyond the current reforms on pricing it has currently implemented.

“We also believe that the government should seek bolder actions on asset reforms by reducing its exposures to moribund state-owned enterprises such as the refineries”, Agusto stated.

“While funds earned from such divestments can then be channeled into other high-impact assets such as critical infrastructure”, it noted.

In a recent report, the Fitch said Nigeria’s deficit monetisation may raise macro-stability risks in the country.

According to Fitch, the Federal Government of Nigeria’s repeated recourse to its Ways and Means facility (WMF) with the CBN highlights weaknesses in public finance management.

The Ratings said sustained use of direct monetary financing could raise risks to macroeconomic stability – given the current weak institutional safeguards – but expect the FG to reduce its use of the facility in 2021.

Fitch revealed that FG directly borrowed 1.9% of GDP from the CBN to fund its fiscal deficit in 2020, estimated by Fitch at 3.6% of GDP.

A number of emerging markets resorted to central bank deficit financing in 2020 against a background of urgent spending needs and temporary market dislocations associated with the coronavirus pandemic.

However, the use of central bank financing in Nigeria predates the pandemic shock.

“Unlike the government, we include this balance in our metrics for Nigeria’s government debt. Borrowing from the facility accounted for 30% of the FGN’s debt at end-2019, on our estimates”, Fitch said.

Repeated central bank financing of government budgets could raise risks to macro-stability in the context of weak institutional safeguards that preserve the credibility of policymaking and the ability of the central bank to control inflation.

The CBN’s guidelines limit the amount available to the government under its WMF to 5% of the previous year’s fiscal revenues.

However, the FGN’s new borrowing from the CBN has repeatedly exceeded that limit in recent years, and reached around 80% of the FGN’s 2019 revenues in 2020.

Fitch said the CBN’s guidelines require borrowing under the WMF to be repaid in the year in which it was granted.

The government has stated its intention to securitise balances borrowed under the facility, but published statistics indicate that the amounts borrowed have been rolled over repeatedly in recent years.

Data published by the government indicate that the treasury paid NGN912.6 billion on the facility in 2020, equivalent to 9% only of the outstanding balance at end-2019.

The government has opted to use this source of financing, despite ample liquidity on its domestic debt markets, as illustrated by negative real yields.

“Our understanding is that its ability to borrow from domestic debt markets is constrained by the authorisation granted by parliament in the budget law.

Fitch views the Nigerian government’s fiscal revenue and expenditure projections for 2021 as broadly realistic, which should preclude further significant borrowing by the sovereign from the CBN facility this year.

The government may nonetheless use the facility more extensively if the deficit proves wider than forecast or if external financing falls short of planned amounts.

Monetary financing of the fiscal deficit raises challenges to monetary policy implementation, as tight management of domestic liquidity is a key tool under the CBN’s policy of prioritising the stability of the naira.

“It could also complicate official efforts to bring inflation back under control”, Fitch said.

However, the Rating added that high inflation in Nigeria is a credit weakness.

The National Bureau of Statistics, NBS, recently reported that consumer prices rose by 15.7% year-on-year in December 2020.

“At present, we view inflation as being driven primarily by cost-push factors rather than overly loose monetary policy”, Fitch stated.

The cost push factors listed include restrictions on access to foreign exchange for imports, the impact of border closures on trade, hikes in minimum wages and VAT, and the removal of the fuel subsidy.

Though, the recession was driven by the outbreak of coronavirus pandemic, Nigeria’s fiscal position had been weak.

It added that a second recession in just five years, and a slow post-recession recovery characterised by economic growth (around 2%).

This, in addition with the fact that growth rate falls below country’s population growth at above 2.5%, and the policy inactions to respond to these challenges will test the resilience of many Nigerians in 2021.

Experts believe that overall, this development portends greater risks for the country that could result in increased social fissures.

“The rapid and seismic evolutions in consumer behaviour will prove to be the major driver of corporate performance in this New Year.

“Thus, the winners in 2021 will be those who are able to understand the consumer trends in their industries and make the necessary adjustments to meet the needs or shape consumer behaviour in their favour.

“For instance, in the FMCG space, the recession leaves consumers poorer and thus there will be a greater demand for products in smaller retail packs.

“While in the financial sector, weaker spending even by the segment of the middle class and upper class that are still economically buoyant will lead to an increase in savings.

“This will lead to higher demand for unique investment offerings that can create value for this class of savers.

Overall, the firm stated that the winners in 2021 will be firms and individuals who learn to navigate volatility with greater stability.

“We believe the year will throw up significant volatility that will require resilience to withstand the shocks and on the other end, foresights to help create paths to success even amidst uncertainty.

“Nigerians who have long been inured to instability may find their resilience coming under trial this year”, Agusto stated in the report.