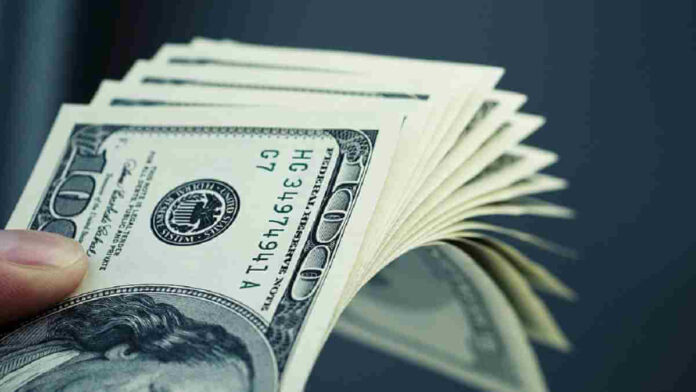 The United States (U.S) dollar was steady-to-higher against its major trading partners early Wednesday ahead of an expected busy pre-Thanksgiving session.

US markets are closed on Thursday and are open for only part of the day on Friday. Wednesday’s schedule is packed with the release of the minutes from the Nov. 2-3 FOMC meeting, personal income and spending, the Fed’s favoured PCE inflation measure, weekly jobless claims, the second look at Q3 GDP, advance trade and inventories, durable goods new orders, the updated Michigan Sentiment index and new home sales.

A quick summary of foreign exchange action heading into Wednesday shows that GBP-USD is holding in a tight range, falling slightly to 1.3372 from 1.3379 at the Tuesday US close, but up from 1.3358 a day ago. Bank of England member Silvana Tenreyro speaks later Wednesday, but otherwise, all the action for the pair will be on the US side.

Both the Fed and the BOE are expected to acknowledge the need for tighter monetary policy sooner than previously expected at their upcoming December meetings. EUR-USD slipped to 1.1218 from 1.1249 at the Tuesday US close and was down from 1.1243 a day ago.

Two European Central Bank members speak later Wednesday, but as with the pound, most of the trading events will be on the US side. COVID-19 cases continue to rise in Europe, prompting travel advisories by the US for Germany and Denmark and reducing business confidence according to data released earlier in the day.

The current outlook is for slower European growth, an easier monetary policy from the ECB, and a depressed euro. USD-CAD moved up slightly to 1.2689 from 1.2670 at the Tuesday US close but remained modestly below the 1.2735 level a day ago.

There are no Canadian data or Bank of Canada speakers on the schedule Wednesday. The opening of petroleum reserves announced on Tuesday should push down oil prices, a negative for the Canadian dollar, but the effects are likely to be only temporary.

USD-JPY slipped to 115.0504 from 115.13 at the Tuesday US close but remains above the 114.9643 level a day ago. There are signs that the Japanese economy is finally recovering, and increased fiscal support from the Japanese government will provide a further lift.

Still, Japan remains significantly behind other G-7 countries, and accelerated monetary policy tightening by the Fed, either by word or action, would increase the interest rate gap between the US and Japan and weigh on the yen. # U.S Dollar Holding Firm Ahead of Heavy Data Schedule

Dollar Slips Ahead of Short US Session on New COVID Strain