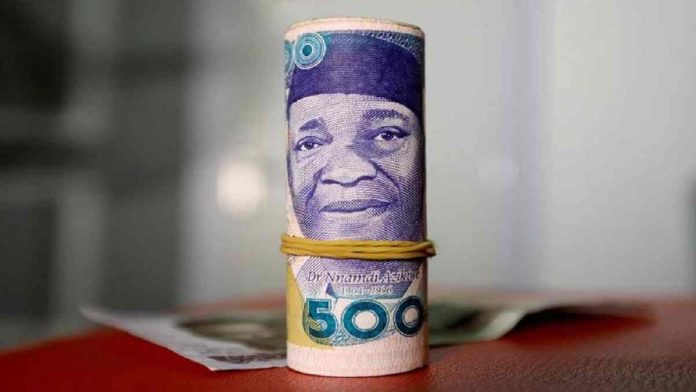 While maintaining a balance as part of their respective portfolio strategies, assets/fund managers buying interest in open market operations (OMO Bills) and Nigerian Treasury bills pull back the yield curve from making an uptrend.

There has been buying momentum across short-term instruments in the local debt capital market amidst strong liquidity in the financial system. Consequently, spot rates have declined significantly and yield on Nigerian Treasury bills has tumbled from a double-digit level seen last year.

Based on the trading pattern witnessed last week, market analysts reported that trading activities in the secondary market for the Nigerian Treasury bills market ended on a mixed note. There was notable bullish momentum in the OMO bill market as local investors’ mood switched positively along OMO bills space, thus dragging yield lower.

In the secondary market, OMO yield had remained at 3.4% following the apex bank’s decision not to refinance the N10 billion maturity in the previous week.  After a sustained rally in the Treasury bill market, average yield across all instruments dropped by 2 basis points to 3.4%, analysts at Cordros Capital note in a brief.

In the money market, short-term rates also rose. With expected liquidity oversupply in the coming week, analysts said they expect higher demand for T-bills and a slight contraction in yields from current levels.

“…we expect market focus to be shifted to the CBN auction holding on Wednesday…with the CBN scheduled to roll over N220.53 billion worth of bills”, Cordros Capital said in its note.

Afrinvest noted that despite the 18.3% uptick in system liquidity, open repo and overnight lending rates were higher at 11.0% and 11.5% respectively from 9.7% and 10.0% in the previous week.

Data indicates that the overnight lending rate inched higher by 150 basis points to 11.5% as activity in the money market was muted given the zero matured and auctioned Treasury and OMO bills.

Short-term rates jerked up despite the fact that there was an inflow of N65.36 billion from the Federal Government of Nigeria (FGN) bond coupon payments. Also, N990 billion hit the financial system from the federal account allocation committee (FAAC) disbursement.