Passage of PIB Could Push NNPC Listing in 2021 –Analysts

The passage of the dragged Petroleum Industry Bill (PIB) could push listing of the Nigerian National Petroleum Corporation, NNPC, in 2021, analysts said in a report.

The state owned Oil Corporation has indicated plan to list 40% of its shares when the industry bill is passed.

However, after series of adjustment, Nigerian Senate has been unable to pass the bill but indicated to complete the process in 2021.

In a report titled navigating the unsteady terrain, Vetiva Capital Analysts said they are looking forward to possibility of new listing as Senate indicated decision to pass PIB this year.

The report stated that over the course of 2020, there were some key developments in the equities space that can have positive impacts.

According to analysts, the impact is not only on market stability but as well as long term growth of Nigerian Stock Exchange (NSE).

The report hinted on the demutualisation of the exchange and the expectation that the PIB will be passed some time in Q1-2021.

Vetiva the latter could pave way for listing of more oil and gas firms on the exchange, as well as the state owner enterprises.

It stated that both companies have seen improvement in efficiency as well as significant growth in value following their listing on NSE.

“With the Senate stating that PIB will be passed in 2021, we are cautiously optimistic that the law will pave way for possible listing of NNPC.

“We recall that in 2018, the NNPC stated plan to list 40% of its shares on NSE once the bill is passed”, Vetiva said in the report.

Analysts stated that with the equities market appearing to be the only viable option available to domestic investors, we believe now presents a favourable time for firm seeking equities financing.

In March 2020, NSE announced that it would carry out a demutualisation process as it seeks to list on the exchange.

Explaining, analysts said the process will convert NSE to a public traded company, allowing it to be eligible for listing on the local bourse.

“Such listing would be positive for the market, as it would provide a boost to local investors’ confidence while simultaneously deepen the exchange”, Vetiva noted.

Should the process be completed in 2021, analysts at Vetiva said they foresee additional value gain for the exchange and investors.

Passage of PIB Could Push NNPC Listing in 2021 –Analysts 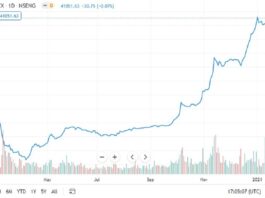 ABOUT US
About Us: MarketForces is a media platform Registered Under LSintelligence Associates for strategic opinions about economic policies strategy and corporate analysis from today's leading professionals, investors, entrepreneurs and analysts on the risk and opportunities surrounding industry shaping businesses and ideas. D/L:08052076440, 08112626316 https://www.dmarketforces.com
Contact us: [email protected]
FOLLOW US
© Copyright 2019 LSintelligence Associates. All Rights Reserved