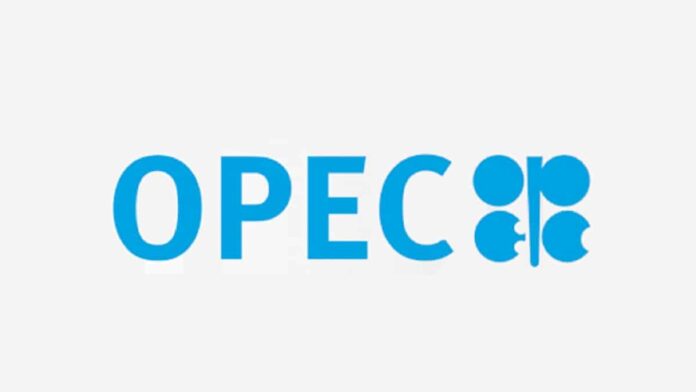 Today, Organisation of the Petroleum Exporting Countries and allies (OPEC+) reached an agreement to extend production cuts through the month of April, 2021.

The Oil cartel said in a statement posted on its website today after its March 4th meeting held virtually, while production cuts was extended for another month, it excludes Russia and Kazakhstan.

Both countries will be allowed to increase production by 130 and 20 thousand barrels per day respectively, due to continued seasonal consumption patterns, OPEC+ agrees.

Including Russia and Kazakhstan’s output rise exemption, the group will reduce its production by 7.9 billion barrel per day (bpd) in April.

It would be recalled that the two countries had been excluded from production cuts during the previous meeting.

In February and March, Russia and Kazakhstan collectively increased their output by 75,000 bpd while the rest of the group held output steady.

The new agreement will also extend Saudi Arabia’s two-month output cut by 1 million bpd for an additional month through April.

The overall conformity of OPEC members with the output cuts was 103% in February, the group said.

It also noted that since the April 2020 meeting, OPEC and non-OPEC countries had withheld 2.3 billion barrels of oil by the end of January 2021, accelerating a rebalance in the oil market.

Pointing to recent improvements in the market sentiment through the acceptance and rollout of vaccine programs and with additional stimulus packages in key economies, the group cautioned all participating countries to stay on course, remain vigilant and flexible given the uncertain market conditions.

“… Based on the market analysis, we have once again underscored the need to remain vigilant and to stick to the previously agreed parameters of the declaration of cooperation, especially for those countries which have not been conforming,” Novak said.

The global economy is slowly improving, he said, adding that OPEC+ is now setting the blocks for future growth, with this year being a crucial one on this path.

The next meetings of the Joint Ministerial Monitoring Committee (JMMC) and OPEC and non-OPEC members are scheduled for March 31 and April 1, respectively.

However, oil market reacts positively as OPEC+ agrees to maintain status quo on production cuts for next month.

By the time the meetings started, oil prices also began to rise with both benchmarks showing increases of more than 4%.

American benchmark West Texas Intermediate (WTI) was at $65.84 per barrel at the same time for a 7.44% increase after it ended the previous session at $61.28 a barrel.

The 14th Meeting of OPEC and non-OPEC Ministers took place via video conference on Thursday March 4, 2021, under the Chairmanship of HRH Prince Abdul Aziz bin Salman, Saudi Arabia’s Minister of Energy, and Co-Chair HE Alexander Novak, Deputy Prime Minister of the Russian Federation.

The Meeting welcomed the appointment of HE Mohammed Al-Fares, Minister of Petroleum of Kuwait and the return of HE Mohamed Arkab, Energy Minister of Algeria.

The Meeting emphasized the ongoing positive contributions of the Declaration of Cooperation (DoC) in supporting a rebalancing of the global oil market in line with the historic decisions taken at the 10th (Extraordinary) OPEC and non-OPEC Ministerial Meeting on 12 April 2020 to adjust downwards overall crude oil production and subsequent decisions.

The Ministers noted, with gratitude, the significant voluntary extra supply reduction made by Saudi Arabia, which took effect on 1 February for two months, which supported the stability of the market.

The Ministers also commended Saudi Arabia for the extension of the additional voluntary adjustments of 1 mb/d for the month of April 2021, exemplifying its leadership, and demonstrating its flexible and pre-emptive approach.

The Ministers approved a continuation of the production levels of March for the month of April, with the exception of Russia and Kazakhstan, which will be allowed to increase production by 130 and 20 thousand barrels per day respectively, due to continued seasonal consumption patterns.

The Meeting reviewed the monthly report prepared by the Joint Technical Committee (JTC), including the crude oil production data for the month of February.

The Meeting noted that since the April 2020 meeting, OPEC and non-OPEC countries had withheld 2.3bn barrels of oil by end of January 2021, accelerating the oil market rebalancing.

The Meeting Extended special thanks to Nigeria for achieving full conformity in January 2021, and compensating its entire overproduced volumes.

The ministers thanked HE Timipre Sylva, Minister of State for Petroleum Resources of Nigeria, for his shuttle diplomacy as Special Envoy of the JMMC to Congo, Equatorial Guinea, Gabon and South Sudan to discuss matters pertaining to conformity levels with the voluntary production adjustments and compensation of over-produced volumes.

In this regards the Ministers agreed to the request by several countries, which have not yet completed their compensation, for an extension of the compensation period until end of July 2021.

It urged all participants to achieve full conformity and make up for pervious compensation shortfalls, to reach the objective of market rebalancing and avoid undue delay in the process.

The Meeting observed that in December, stocks in OECD countries had fallen for the fifth consecutive month, then recognized the recent improvement in the market sentiment by the acceptance and the rollout of vaccine programs.

Also additional stimulus packages in key economies, but cautioned all participating countries to remain vigilant and flexible given the uncertain market conditions, and to remain on the course which had been voluntarily decided and which had hitherto reaped rewards.

Brent Oil Rises to $40 Amid Hopes For Output Cuts

The Ministers thanked the JTC and the OPEC Secretariat for their contributions to the meeting. The next meetings of the JMMC and OPEC and non-OPEC Ministers are scheduled for 31 March and 1 April 2021, respectively.