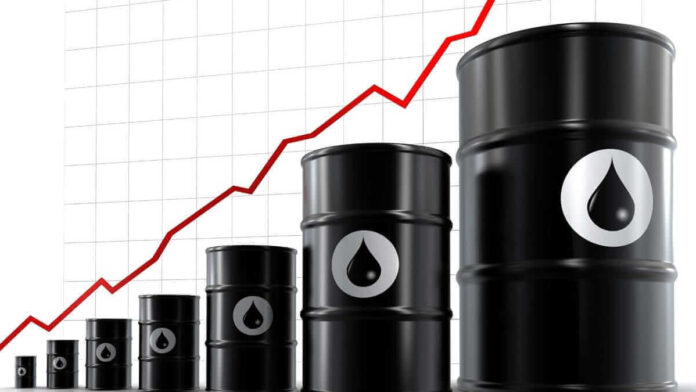 International benchmark Brent crude was trading at $62.73 per barrel early today following 0.93% increase after closing Monday at $62.15 a barrel.

Also, American benchmark West Texas Intermediate (WTI) was at $59.28 per barrel at the same time, recording 1.07% rise after it ended the previous session at $58.65 a barrel.

The upward price trend is mainly driven by positive economic data from the US, which has raised hopes of economic recovery.

On Monday, the Institute for Supply Management (ISM) announced that economic activity in the US services sector grew in March for the 10th month in a row, registering an all-time high of 63.7%, 8.4 percentage points higher than the February reading of 55.3%.

The previous high was in October 2018, when it registered at 60.9%. In addition, the US Labor Department announced last Friday that employers added 916,000 jobs in March, which is seen as the biggest gain since August.

“It’s very good news for over 900,000 working people and their families, with significant growth across most sectors of the economy indicating that recovery is building momentum,” the department said, adding that over 8 million jobs that existed a year ago are also yet to return.

However, the decision last week of the Organization of Petroleum Exporting Countries (OPEC) and non-OPEC countries, known as OPEC+, on an incremental production increase of 350,000 barrels per day (bpd) for May and June and 400,000 bpd in July, threatens to limit the gains.

In March 2021, the OPEC+ agreed to a continuation of the production levels – when the production cut reached 8.05 million barrel per day (mb/d) – in April 2021 for most member countries.

However, it was noted that Russia and Kazakhstan were allowed to increase their crude oil production by 130 kb/d and 20 kb/d, respectively.

The two countries had been already authorised to raise their output by a combined 75 kb/d in February 2021 and a further 75 kb/d in March 2021.

OPEC+ noted that since the April 2020 meeting, OPEC and non-OPEC participating countries had contributed to adjusting downward global oil supply by 2.6 billion barrels of oil by the end of February 2021, which has accelerated the rebalancing of the oil market.