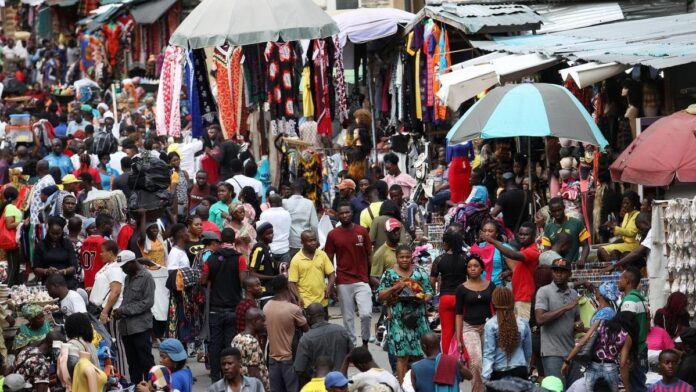 Nigeria’s economy has been projected by investment analysts at Chapel Hill Denham for rebound in the second quarter (Q2) of fiscal year 2021.

Looking over the how long the recession will last, Chapel Hill Denham think odds are in favour of the economy returning to growth phase and exiting the recession in next year.

At the weekend, National Bureau of Statistic GDP report confirmed that the economy is in its second recession in five years, and the worst one since the recession in the early 1980s.

However, it stated that the decline in economic activities was a significant improvement from the -6.10% year on year slump in Q2-2020.

Analysts said in fact, the GDP print could be termed as a positive surprise, as it fell towards the lower bound of analysts forecast range of -3.5% to -4.5%, and also outperformed consensus forecast of -5.3% .

The relatively better GDP print was in line with the trend observed across advanced and developing markets, reflecting the positive knock-on effects of monetary and fiscal stimulus.

More importantly, the decision of authorities to gradually lift some of the restrictions imposed at the peak of the infection wave in Q2-2020.

Recall that the Nigerian government lifted the 35-day lockdown in Abuja, Ogun and Lagos on May 4, and have gradually eased other restrictions, with the ban on inter-state travel lifted in July.

The positive knock-on impact of the lifting of restrictions reflected in the better performance of the manufacturing which plunged 1.5% from -8.9% in Q2-2020.

Against this backdrop, activities picked up in the non-oil sector with a 2.5% drop as against -6.1%.

However, the oil & gas sector cratered at 13.9% year from -6.6% year on year as oil production fell by 17.2% and 6.6% quarter on quarter to 1.69 million barrels per day, due to greater compliance with the OPEC+ production cut agreement.

From an attribution perspective, the industrial sector contributed more than 50% of the improvement in the Q3-2020 GDP print, relative to Q2-2020.

The partial recovery in industrial activity was led by construction, due to resumption of activities, following lifting of restrictions.

The manufacturing sector also shrank at a slower pace, thanks to recovery in production of cement, food, beverage and tobacco and chemical and pharmaceutical products.

The recovery in services was not as impressive as it plunged 5.49% compare to 6.78% in Q2-2020, despite the strong performance of telecoms at 17.36% uptick and big improvement in trade.

The financial institutions sector contributed to the weak performance of services, slowing to +6.80% from +28.41% increase reported in Q2-2020, due to high base effect and risk aversion by banks.

“We expect activities to improve further in Q4-2020, although the pace may not be as impressive as initially projected, due to the public unrest in October, which culminated in widespread destruction of properties and imposition of curfews.

“Nonetheless, the impact may not be as bad as initially feared, at least based on leading economic variables”, Chapel Hill Denham said.

Latest data shows that the CBN’s Manufacturing Purchasing Manger’s Index improved in October (but remained in contraction territory) and finally crossed the expansion threshold of 50.0 points in November.

The larger non-manufacturing PMI also improved in both months, but remained in contraction territory.

From the demand side, valued added tax (VAT) collection, a proxy for consumption spending, did not drop off significantly in October, unlike the steep decline observed in April when lockdowns were imposed.

Analysts at Chapel Hill Denham sated that the oil & gas sector will, however, likely remain in a deep recession, as a result of the subsisting oil production cut agreement.

Nigeria’s request to reclassify some of its crude grades (particularly the 140kb/d Agbami field) as condensates, and thus exempted from the oil production cut agreement, was denied by OPEC+ group last week.

How long will the recession last?

Looking over the horizon, analysts at Chapel Hill Denham think odds are in favour of the economy returning to growth phase and exiting the recession by Q2-2021E.

“Our outlook is based on  low base effect will set in by Q2-2021, considering the significant slump recorded in Q2-2020, due to COVID-19 restrictions, and outlook for oil prices is mildly positive due to progress in the COVID-19 vaccine race.

Also, the firm considered the outcome of stage three vaccine trials announced thus far have been very impressive, and the U.S. Food and Drug Administration (FDA) is scheduled to meet on December 10 to consider Pfizer’s request for emergency use authorisation of its COVID-19 vaccine.

“Under our baseline scenario, OPEC+ will extend the current production cut in January 2021, but will likely reduce the cuts in the second half of 2020”, analysts explained.

Analysts explained that the prospect of higher oil price and production should support fiscal and consumption expenditure.

It added that the CBN’s dovish monetary policy bias is favourable for public sector and private investment spending, and this should be more apparent going forward.

Yet, exiting the recession will be the easy task, the much harder task would be lifting growth back to pre-2015 level trend +6.7% which would require considerable fiscal and structural reforms.

The firm highlighted that the CBN has made it clear in past MPC communiques that the institution’s view is that inflationary pressures are mainly driven by structural factors.

“It is hard to ignore the widening macroeconomic imbalances, rising inflation expectation and weak liquidity in the FX market, all of which have been exacerbated by the CBN’s extremely dovish interest rate policy.

“With GDP growth likely to swing positive in 2021, the stars may begin to align for the CBN to redirect its policy goals from growth, towards its primary mandates of price and exchange rate stability.

“Consequently, we recommend that debt market investors should position their portfolios towards a possible strategic change in the CBN’s policy bias from Q2-2021”, Chapel Hill Denham said.

FX Arbitrage: CBN Will Have to Make Big Call on Devaluation –Agusto