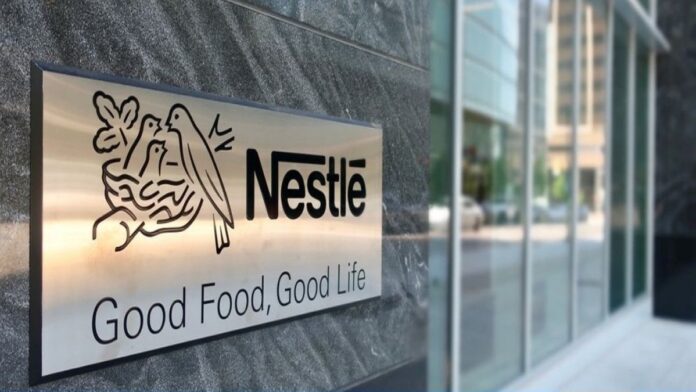 Unstable foreign exchange, rising inflation rate have continued to be having a run on fast moving consumers goods operators earnings in recent time.

Even, Nestlé Nigeria was unable to meet its internal performance guidance, a situation that appear worsen in the pandemic year.

In the last 17 months, headline inflation rate has continued to be maintaining an uptrend before it printed at 16.47% in January.

Also, Naira has been devalued significantly, and the local currency has remained unstable as FX rate crossed ₦410 to a dollar at Investors window.

Both cases which are fundamental to the economy where Nestlé Nigeria earns its revenue appear unsavoury for businesses.

Nestlé Nigeria has to battle both inflationary trend that have resulted to weak purchasing power of the household and unstable local currency.

Though, analysts are projecting ₦297.4 billion revenue for the company based on the premise of a return to growth in the food segment, beverages as economic growth picks up steam and consumer wallets improve.

However, analysts maintained that high costs will continue to weigh on Nestlé’s numbers, and margin improvement remains uncertain.

For 2021, the company’s cost of sales margin is estimated to settle at about 58%.

This means, for every ₦100 sales, cost could account for as much as ₦58 in the year.

This reduced the company’s payout ratio as the Board of Directors declared ₦35.50 as against ₦45 paid in 2019.

In an equity report, Asset & Resource Management (ARM) Securities Limited forecasted that profit will return to growth over the year with pretax profit coming in at about ₦67.4 billion.

Based on these estimates, analysts at the investment firm set a fair value estimate of ₦1502.97 for the ticker.

In the local bourse, the ticker closed at ₦1350 on Friday after price dropped from ₦1450 in 7-day trading charts.

Being one of the highly capitalised stock on the Nigerian Stock Exchange, stockbrokers think the pricey stock hardly change hands having maintained strong history of dividend payment.

“There is this get-glued mentality or rather believe among Nestlé’s shareholders”, some investment analysts told MarketForces Africa.

After raising stake in the company, Swiss Multinational, Nestlé S.A owns as much as 66.77% of the Nestlé Nigeria Plc, followed by Stanbic Nominees holding of 6.08% according to audited report.

As observed, operators in the fast moving consumers’ goods segment have had a tough keeping cost low amidst rising inflation rate in Nigeria.

Rising numbers of substitute products are expected to flow through the borders, it appears momentum is building following gradual implementation of AfCFTA agreement.

However, across the industry, rising cost has come to be a major issue, cutting back on some beautiful performances in financial terms.

For Nestlé’ Nigeria, the story is not different, with pandemic-induced imprints on the result for 2020.

But, just like what happened in Q3-2020, ARM Securities said costs grew faster than revenue at a rate of 10.6%.

This pushed back what would have been an eyes propping result as gross profit plunged 8.3% year to ₦29.19 billion.

Again, just like what happened in Q3-2020, the company’s operating expenses was reduced by 9.8%.

The audited result actually showed a 6.7% year on year drop in the company’s EBIT to ₦14.23 billion.

As often noted, when a company report a drawdown in EBIT, it is very much unlikely to see improve bottom line except interest and tax obligation are minimal.

On Nestlé’s Nigeria EBIT drop, ARM Securities then explained that the difference this time was as a result of increased in net finance expense.

Based on the figure in the audited report, in Q4-2020, Nestlé Nigeria net finance expenses rose significantly after a decline in Q3-2020.

In the period, analysts expressed observation that food business segment drove the strong trajectory reported at the topline.

However, revenues from Beverages declined by 8.44% year on year after a strong performance in Q3-2020 when it reported +33% year on year growth.

Analysts said negative effect of FX depreciation on Nestlé’s costs and that, coupled with higher inflation, continued to weigh on cost of sales.

Specifically noted is the fact that the company’s cost of raw materials was up 13% over financial year 2020 while general license fees was up 4% over the same period.

On the back of the faster rise in costs, the company gross profit fell 8.3% to ₦29.19 billion which translates to a gross profit margin of 39.3%.

Diving into the financial statement, it was discovered that Nestlé’s operating expenses came in lower by 9.8% year on year to ₦14.95 billion.

This happened following strong declines in admin costs at 35% and 5.7% dropped off in sales & distribution costs.

Analysts however said the decline in finance income is understandable given the lower interest rate environment in 2020.

In what appears to be the new normal in the industry, foreign exchange loss drove finance expense higher after Naira devaluation.

This revenue growth was driven by beverages which rose 6.9% over the year while income from food segment fell 2.5% over the same period.

Then, despite efforts, Nestlé Nigeria recorded a contraction in gross margins to 41.5% in 2020 from 45.1% in the comparable period.

Specifically, audited result showed that pretax profit for 2020 fell below 2019 level by about 15% before it printed at ₦60.64 billion.

Meanwhile, the company borrowed to finance its operations, which has to be offset from pretax profit as finance cost ranked higher compare to tax obligation.

From weak profit, Nestlé Nigeria was under obligation to offset its financing obligation, and net finance cost increased more than 300% at the time when profit came down.

Combing through Nestlé’s balance sheet, analysts said they saw a 67% quarter on quarter rise in cash and cash equivalents to ₦58.7 billion.

Boosting this cash position was a couple foreign currency intercompany loans with a total carrying value of ₦33.84 billion.

Also noticeable is a 23% quarter on quarter increase in trade payables to ₦116.51 billion which is comfortably the highest level of payables analysts said they have in records dating back to 2012.

CSL Stockbrokers in a report release recently titled surviving amid uncertainties hinted at the tilt in spending pattern from discretionary to essentials.

Analysts explained that this development which was as observed stem from weakened household income and purchasing power.

“We had expected this and the border closure to be positive for Nestlé’s food segment.

“Defying our expectations however, NESTLE’s food segment contracted while the beverages segment saved the day, leading to the marginal uptick in revenue”, CSL Stockbrokers said.

Analysts at Chapel Hill Denham said the reported EPS came behind its estimate of ₦54.26 by -8.8%.

Analysts attributed the earnings miss to a higher than anticipated increase in cost of sales and finance cost.

Chapel Hill Denham likes what analysts call consistent growth in the company. The firm said Nestlé delivered a 1.1% year on year growth in turnover to ₦287.08 billion in 2020, which was ahead of its estimate of ₦281.27 billion.

According to Nestlé Global, “sales in Sub-Saharan Africa (Nigeria is one of its biggest markets) grew at a double-digit rate, reflecting strong sales development across most countries and categories”.

In Nigeria, analysts express their believe that price increases -inclusive of the VAT increase and additional margins on prices – helped drive the recovery in sales in H2-2020.

During the year, analysts said Nestlé announced that its beverage brand, Milo, will switch to paper straws to foster environmental sustainability.

“We attribute the lower operating expenses to a fall in selling and distribution expenses.

“This is more especially so, given the company’s pivot to telemarketing and sales, due to the covid-19 pandemic in 2020”, analysts added.

Nonetheless, as earlier noted, the company recorded a decline in EBITDA by -9.2% year on year to ₦72.17 billion, which was in line with Chapel Hill Denham’s forecast of ₦72.18 billion.

The firm stated that the decline in EBITDA is due to the impact of higher costs of sales that rose +7.7% year on year to ₦167.87 billion.

“We link this to naira devaluation, higher input prices, and higher inflation in Nigeria”, analysts pinpointed.

Analysts also noted the improvement recorded in cash flow in the financial year 2020. The company’s cash and cash equivalents rose by 741.3% year on year to ₦58.70 billion on the back of stronger growth in net operating cash flow.

Net operating cash flow increased to ₦97.20 billion from ₦49.91 billion 2019. This was largely on the back of supportive working capital conditions.

“This indicates that the company received cash for prior credit sales and delayed payment to its creditors, which is accretive for cash flow and working capital”, Chapel Hill Denham explained.

But the company’s higher finance costs impacted its earnings per share negatively. In 2020 result, finance costs rose by 95.3 to ₦4.43 billion, on the back of a net foreign exchange loss of ₦1.73 billion.

Analyst at Chapel Hill Denham said there was an increase in total borrowings by 204.4% to ₦40.21 billion year on year.

The increase in borrowings linked to the receipts of two intercompany loans worth US$79.5 million -drawable amount of US$200 million – from Nestlé S.A.

“We note with concerns the group’s increased production cost amid muted revenue growth.

“While we believe that the challenge is systemic, given the persistent general prices increases, we remain concerned about the group’s ability to pass these cost increases to consumers”, WSTC Securities Limited hinted.

Analysts also note the continued illiquidity that has characterised the FX market and the CBN inclusion of maize in FX restrictive list portents a downside risk to the group.