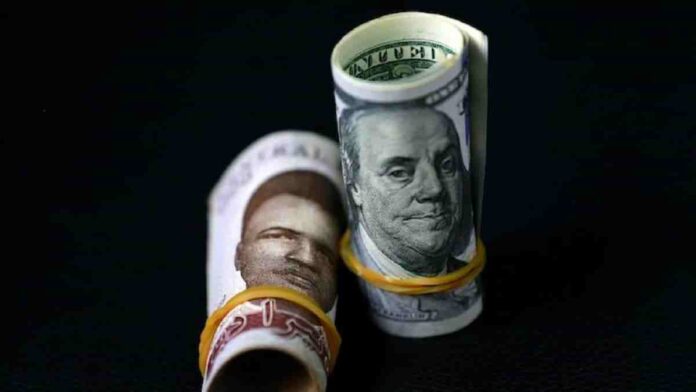 The Nigerian local currency, Naira, trades flat in the foreign exchange markets as increase in oil prices appear to have failed to support the nation’s external reserves yet.

In the last 5 years, Central Bank of Nigeria (CBN) has devalued its official exchange rate by more than 92% while premium rate on black market rates have widened, giving room for possible arbitrage.

Widening premium between official rates and black market rates gives some Nigerian elites and multinationals just like some exporters opportunity to cash out on differential rates.

Meanwhile, the oil market outlook may come under pressure as crisis in India signposts oil demand concern globally in spite of the organisation of Petroleum Exporting Countries (OPEC) optimistic demand outlook and re-adjusting crude oil inventory in the United States.

Consequently, oil prices slightly increased by 2.4% week on week to close at $67.47 per barrel, though Nigerian external reserves declined 0.6% in the week to $35.0 billion.

In the FX market, the naira traded flat at Central Bank of Nigeria (CBN) spot to settle at ₦379/$1.00 last week from previous week as pressure on Naira subsided.

Similarly, in the parallel market and Importers’ & Exporters’ (I&E) windows, the naira traded flat at ₦485.00 and ₦410.00 respectively.

In a report, analysts at Afrinvest said activity level in the investors and exporters window fell by 28.2% to ₦271.9 million from ₦378.9 million in the previous week.

At the FMDQ Securities Exchange (SE) FX futures contract market, the total value of open contracts declined by 12.9% or $685.4 million to $4.6 billion.

It was noted that APRIL 2021 instrument at contract price of ₦419.08 saw a significant loss as there was a decrease of 100.0% in the total value.

“In the coming week, we expect naira to continue to trade in the same streak across market”, Afrinvest said.

Similarly, in the money market, bearish spree continued in the secondary market as interbank rates – OBB and OVN – opened the week lower at 13.8 % and 14.3% respectively from the close of 15.9% and 16.8% last week despite system liquidity reduced to a negative ₦210.8 billion.

At the T-bills auction on Wednesday, the CBN sold instruments worth ₦129.5 billion, ₦41.0 billion higher than the ₦88.5 billion on offer.

Analysts said demand tilted towards the 364-day instruments with bid-to-cover ratio of 3.1x and marginal rate inched higher by 75bps to 9.75%.

In the secondary market, performance was bearish as average yield across benchmark tenors rose 10bps week on week to close at 5.1%.

Although inflows from maturing open market operations (OMO) instruments worth N30.0 billion may be insufficient to influence the movement of rates, Afrinvest expects CBN to religiously keep rates and system liquidity in check through regular auctions.

“There was sell pressure across tenor with the short-end bond suffering the most as yield climbed 55bps week on week. Also, yields on long and medium-end bonds rose 36bps and 10bps respectively”, Afrinvest stated.