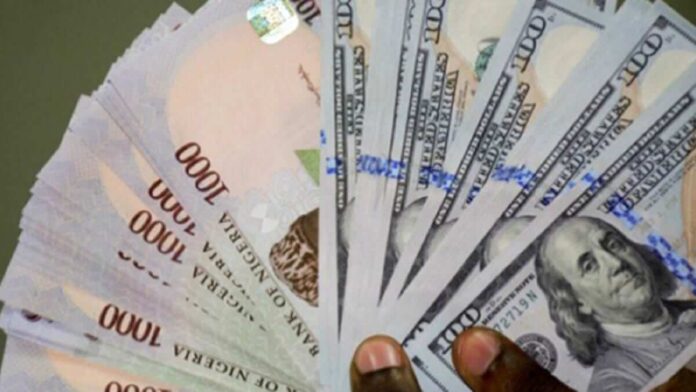 This week, oil market featured increased volatility this following slow vaccinations and brewing concerns about a third wave of COVID-19 lockdown however, the Suez Canal blockage backed up an increase in price.

In the FX market, activity was muted as rates across the different segment remained flat amidst series of unorthodox polices from the apex bank to keep Naira strong.

It explained that the MAR 2022 instrument at contract price of ₦437.88 sustained its strong demand with an additional subscription of $5.0 million.

“In the coming week, we expect rates to remain in the same band across various segments of the market”, Afrinvest stated.

However, system liquidity closed lower at ₦54.8 billion compared to ₦120.1 billion at the beginning of the week following CBN’s OMO auction worth ₦40.0bn.

The OMO sale was oversubscribed at a bid-to-cover ratio of 6.7x, with the 355-day instrument enjoying the most demand.

“With considerations of high liquidity and sustained attractive rates, we expect the strong demand to be maintained in succeeding auctions”, Afrinvest said.

On Friday, OBB and OVN rates further fell to 10.5% and 10.8% respectively despite a decline in liquidity levels.

Overall performance in the secondary market was bearish as average T-bills yield closed at 4.6%, up 1.0% week on week.

Analysts said there was sell-off across board as yield rose 54 basis points (bps), 1bp and 249bps above previous week respectively for the 91, 182 and 364-day instruments.

“In the week ahead, we expect the CBN to mop-up liquidity following OMO maturities of ₦180.8 billion and rates would remain within the same band”, Afrinvest stated.