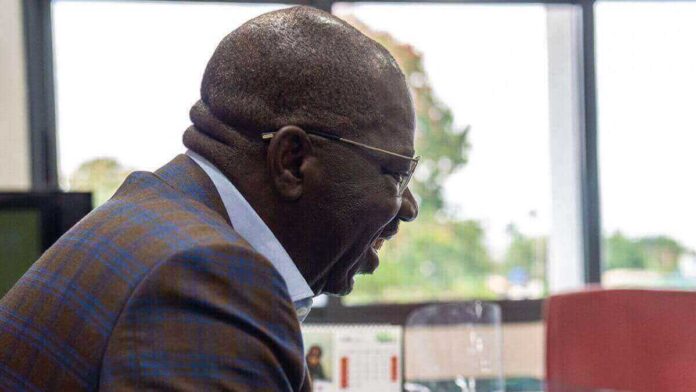 Obaseki insists on claimed the Nigerian government printed some N60 billion in March to augment Federal Accounts Allocation distributed among 36 states and the Federal Capital Territory.

However, both the Central Bank of Nigeria and Finance Ministry however raised flag calling the statement untrue, saying government did not print any money.

Reacting to the exposé, the Finance Minister Zainab Ahmed Wednesday told journalist after the Federal Executive Council (FEC) meeting that government did not print any money.

Ahmed expressed sadness while fielding questions from State House correspondents after the FEC meeting presided over by Vice President Yemi Osinbajo at the Presidential Villa, Abuja.

Obaseki had warned about rising debt and N60 billion printed for distribution among 36 states and Federal Capital Territory as allocation for March, noting that the economy is in dire condition due to huge debt burden.

But the Nigerian Finance Minister said, “The issue that has been raised by the Edo State Governor for me is very, very sad because it is not a fact”.

“What we distribute at Federal Accounts Allocation Committee (FAAC) is revenue that is generated and the FAAC revenue distribution is public information and we publish it”.

Finance Minister insists that the revenue generated by the Federal Inland Revenue Services (FIRS), the Nigeria Customs Service (NCS) and the Nigerian National Petroleum Corporate was distributed at FAAC.

“It is not true that we printed money to distribute at FAAC. On borrowing, Ahmed said that Nigerian debt was within sustainable limits”, Ahmed said.

According to her, what is needed is to improve the nation’s revenue to enhance its capacity to service not only our debt obligation but also to service the needs of running government on a day to day basis.

“So, our debt currently at 23 per cent to Gross Domestic Product (GDP) is at a very sustainable level. You can look at the reports that you see from multilateral agencies; those facts are stated.’’

In his responses on Thursday, Obaseki, in a tweet via his official Twitter handle @GovernorObaseki titled “Our advice is that we stop playing the ostrich”, noted that he is not joining issues with the Federal Ministry of Finance but was only offering useful advice for the benefit of Nigeria.

“While we do not want to join issue with the Finance Ministry, we believe it is our duty to offer useful advice for the benefit our country”.

“We believe it is imperative to approach the Nigerian project with all sense of responsibility and commitments and not play to the gallery because ultimately, time shall be the judge of us all,” he said.