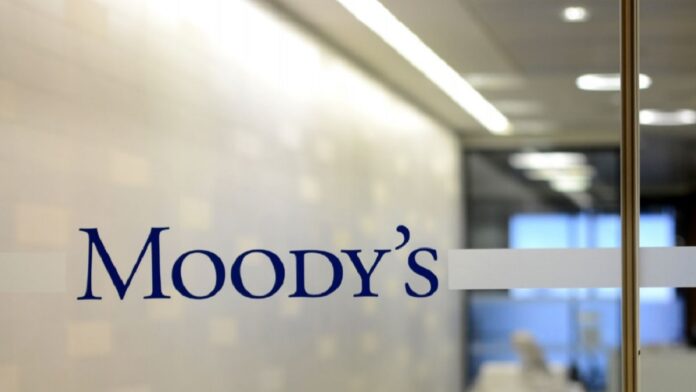 Moody’s Investors Service has today downgraded the long-term issuer and senior unsecured ratings of the Government of Ethiopia to Caa2 from Caa1, adding that the outlook on the country is also is negative. The downgrade to Caa2 reflects increased default risks, according to the ratings statement.

The global rating firm said in the absence of significant developments in and prospects of a near-term resolution of Ethiopia’s application for Common Framework debt treatment, and, partly as a result, without access to official or market-based external funding, external liquidity risks have increased significantly pointing to a possible default.

Continued heightened social tensions and conflict in Ethiopia have weakened the quality of the country’s institutions and governance and further impair the sovereign’s ability to secure external funding, which is essential to shore up its very thin foreign exchange reserves, it added.

The rating note stated that the negative outlook reflects heightened uncertainty regarding political risks and the Common Framework’s resolution and the risk of material losses to investors in the event of a default by Ethiopia beyond what would be consistent with a Caa2 rating.

Moody’s assessment is that non-diversifiable risks are appropriately captured in a local currency ceiling one notch above the sovereign rating, taking into account the extensive footprint of government in the economy, with very limited private sector activity, a very large state-owned enterprise sector, and government ownership of the majority of the banking system, as well as a weak institutional framework and high political and external vulnerability risks.

The one-notch gap between the foreign and local ceiling reflects Moody’s assessment of material Transfer and Convertibility (T&C) risks, given a relatively closed capital account, constrained access to foreign exchange and external imbalances which could lead the government to impose T&C restrictions.

Since Ethiopia formally entered the Common Framework for Debt Treatment beyond DSSI last February, no tangible developments have occurred other than the formation of a creditor committee in September, according to the report.

Moody’s expects the creditor committee’s decision on what debt treatment to apply to take some time, during which period Ethiopia has no access to official and market-based external funding. As a result, liquidity risks have heightened and default risk increased to levels more consistent with a Caa2 rating.

Moody’s understands that the timing of future deliberations of the creditor committee is circumscribed by at least a staff-level agreement on a new Extended Credit Facility (ECF) with the IMF, as well as a refreshed Debt Sustainability Analysis (DSA), which introduces new delays to the process beyond the control of the authorities.

The protracted period is taken for official creditors to start discussing (and eventually agree on) a debt treatment suggests complex negotiations that raise the risk of private-sector creditors being involved. While at this stage there is no indication about the potential losses for private-sector creditors, Moody’s assesses that, since the start of its rating review of Ethiopia in May, the risks have increased with the passage of time without a resolution.

Moreover, the longer the Common Framework conclusion is pending, the longer Ethiopia remains without agreed new external concessional funding and without access to market-based financing.

Liquidity risks, which were at the origin of Ethiopia’s application for Common Framework debt treatment, are increasing, also contributing to higher default risk. While the government has issued a first spectrum license and a new bid has been launched for a second license, such measures only provide partial and temporary liquidity relief in the absence of access to external financing.

The government finances its deficit through domestic sources, which is has managed to date through increasing recourse to central bank financing, but external debt and import payments risk eroding further already low foreign exchange reserves – equivalent to less than 2 months of import cover.

It said continued heightened political risk in Ethiopia also contributes to the downgrade. In the past year, long-standing tensions have escalated to outright conflict.

The situation has put the much-needed economic reforms announced by the Prime Minister in 2018 on hold and has reversed some of the early 2020 gains of the IMF’s 2019 programme.

The political situation is complex, reflecting enduring ethnic tensions, which are unlikely to be resolved in the foreseeable future. Heightened domestic political risks manifest in the war in the Tigray region as well as uprisings spreading into the Afar, Amhara, and Oromia regions.

There is now a concerning humanitarian situation with over 2 million displaced persons. In response, some development partners are withholding development aid resources while others have threatened sanctions in an attempt to prompt a response from the government.

Such deep tensions and conflict are likely weighing on some creditors’ ability and readiness to provide financing or debt relief, further contributing to default risk. The negative outlook reflects risks that are tilted to the downside at the Caa2 rating level.

While there is a high degree of uncertainty about the potential losses for private-sector creditors in the event of a possible default, there is a material possibility that the creditor committee decides on a debt treatment that involves losses consistent with a lower rating; and/or because by the time the creditor committee’s decision is taken, liquidity risks have increased further, necessitating a more significant reprofiling of Ethiopia’s debt, Moody’s explained.  #Moody’s Downgrades Ethiopia over Increased Default Risks