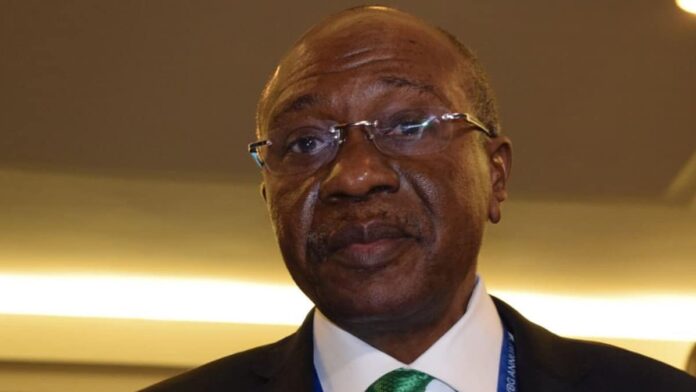 The Monetary Policy Committee (MPC) of the Central Bank of Nigeria (CBN) holds benchmark interest rate at 11.5%, retains other parameters after first meeting in 2021.

Experts have hoped to see policy adjustment that will tamed inflationary trend experienced in the past 16 months, but MPC again maintain status quo.

In a commentary, CardinalStone highlight that the hold decision is consistent with CBN’s disposition to take a wait and see approach at their annual inaugural meeting.

The apex bank has held its policy rate steady in all maiden MPC sessions under the current CBN governor, analysts said.

MPC maintained the benchmark interest rate (MPR) at 11.50% with the asymmetric corridor remained at to +100/-700 bps around the MPR.

At the meeting, MPC observed rapid spread of the new variant of COVID-19 and the high infection rate dampened the initial rebound in the economic recovery towards the end of 2020.

The International Monetary Fund, IMF estimated global output growth in 2020 to contract by 4.4%; albeit, it expected output to grow by 5.2% in 2021.

Again, it noticed steady build-up of systemic liquidity across global economy, arising from the supports from the fiscal and monetary authorities to bolster the economy and return confidence to the financial markets.

Meanwhile, the monetary policy observed the sluggish recovery of the country’s manufacturing and non-manufacturing PMIs.

It noted that this was was due to COVID-19 pandemic, increased costs of production, general increase in prices and decline in economic activities.

In arriving at its decision to maintain status quo, MPC considered the moderation in output contraction in 3Q 2020.

This was associated with news of the discovery of COVID-19 vaccines and rising crude oil prices; albeit, it feared that the good fortunes may be dampened by the second wave of COVID-19 pandemic.

MPC however recognised the need to quicken the pace of recovery through collaboration with the fiscal authority by providing complementary spending to finance productive ventures.

“The unanimous vote by all members of the MPC to leave all key rates unchanged, which was in line with our expectation, was on the back of its optimistic outlook on inflation rate to moderate, stable crude oil prices and increase vaccination against Corona virus.

“Nevertheless, we note that the possibility of the MPC to continue to pursue expansionary policy.

“Especially through the use of MPR, may have been constrained by the level of liquidity in the financial system and its attendant adverse effects on exchange and inflation rates.

Amidst what it calls rising threats, analysts had predicted that the MPC will leave rates unchanged in its first meeting in 2021.

At this meeting, Greenwich Merchant Bank said the Committee is expected to assess its existing policies in line with the recent developments in the international space and their implications on the domestic economy.

“Our analysis posits that the key parameters would be left unchanged”, Greenwich stated.

“On the global scene, we expect the rollouts of COVID-19 vaccinations will top other emerging developments, bearing in mind its impact on global growth”, Greenwich stated.

This alongside the achieved stability in the oil market, pandemic-related risks, the just concluded U.S elections, the slew of positive data in emerging markets, particularly from China, should weigh on the Committee’s decisions.

On the domestic front, analysts believe the Committee would consider several factors such as the heightened level of inflationary pressures.

Its consideration is also expected to include the insecurity challenges, surging Covid-19 cases accompanied by movement restrictions, persistent FX strains, and the downbeat Purchasing Manager Index data, amongst others.

“Ultimately, we envisage the committee would strike a balance between stimulating growth and putting inflationary pressures under control”

At the last MPC meeting, the Committee weighed strongly its options of either hiking, or maintaining status quo.

In view of spiraling inflation, the Committee felt the appropriate decision would be to tighten its current position, as this should stem inflationary pressures, but at the detriment of stimulating credit growth, particularly to the real sector.

“That said, its decision to hold its position came on the heels of the positive results of the Apex Bank’s heterodox policies, which should strengthen the macro-economic environment, and boost productivity across all sectors.

“In addition, we believe the Committee would further urge the government to diversify its revenue base in face of oil revenue volatility, and lingering effects of the coronavirus pandemic”, analysts explained.

Furthermore, Greenwich stated that the passage of the 2021 budget of NGN13.6 trillion, if implemented with vigour should enhance growth in the economy.

Especially due to increased capital spending, that takes about 30% of the expenditure plan.

“In our view, a tightening stance may appear more appropriate to curb inflationary pressures, ensure capital flights are under control, reduce external liquidity shocks, and even attract foreign investors.

“Our premise for a rate hold is based on two factors.

“Firstly, the burgeoning need to stimulate economic activities and create jobs, in a bid to boost a quicker economic rebound.

“Secondly, the Federal Government’s need to foster a closer co-ordination of monetary and fiscal policies to accelerate growth in the country.

“Thereby, we expect the MPC would retain its current monetary policy stance. We opine that it might take a while for growth to return to its pre-pandemic levels, as domestic demand is set to remain weak.

“However, a low base effect and an anticipated pick-up in the non-oil sector underpins growth in the positive territory”, Greenwich explained.

Chapel Hill Denham is also expecting the MPC to maintain status quo at the meeting – retaining the MPR at 11.5% and holding all variables constant.

It added that notwithstanding, the market will be looking for clues on near and medium term monetary policy direction, which are instrumental to the direction of fixed income yields.

Cowry Asset Management also towed the same line of projection, cited the 9.89% increase in credit to the private sector.

Data from the Nigerian Bureau of Statistics revealed that over the 11 months period 2020, credit to private sector surged about 10%.

Analysts said this further reflects the push by CBN to drive increased production output in joint effort with the fiscal authority.

“However, we are beginning to see a backlash of the expansionary policy stance amid rising inflation rate and weakening Naira against other currencies, especially the greenback.

“…we expect the Committee to further maintain status quo despite pressure on the exchange rate and general price level given the need to further stimulate Nigeria’s fragile economy out of recession.

“We note that the direction of interest rates may generally trend northwards at some point further afield in 2021 amid expected increase in borrowings by the fiscal authority to fund its budget deficit”, Cowry Asset stated.