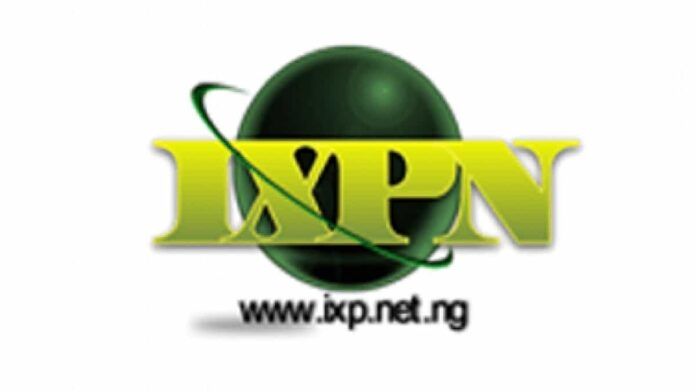 The Internet Exchange Point of Nigeria (IXPN) has crossed the 70% local traffic mark placing Nigeria among economies with the most developed internet ecosystem in Africa, according to a new report by the Internet Society.

There is an urgent need to increase Internet access across the continent, especially in the wake of the coronavirus pandemic, and IXPs are playing a critical role to enable African nations to plug into the internet economy with the potentials to contribute up to $180 billion to Africa’s gross domestic product (GDP) by 2025, according to the report, ‘Moving towards an interconnected Africa: the 80/20 Initiative.’

The study which was released today by the Internet Society examines the African internet ecosystem reveals that the continent’s most developed internet ecosystem, which is South Africa, followed by Kenya and Nigeria, have the most interconnected networks and have succeeded in exchanging 70-80% of their traffic locally.

A shared vision of the Internet Society and the Africa Peering and Interconnection Community is for 80 per cent of the Internet traffic consumed in Africa to be accessed locally, and only 20 per cent routed from outside the continent, they say.

For example, customers spent $5.92 and $12.75 for 500MB prepaid data to access the Internet in Kenya and Nigeria, respectively when 80 per cent of their traffic was routed abroad before 2012.

Once both countries had 70% of their traffic accessible locally in 2020, users paid 2.4 and 3.8 times less than what they paid for the same volume of data in Kenya and Nigeria ‘, according to the report.

According to the Internet Society, IXPs also improve the quality of internet access by providing more direct network connections. Access speeds for content can be up to 10 times faster with an IXP because traffic is routed locally vs international transit routes.

‘In addition, IXPs help attract a range of local and international operators because they provide a cost-effective way to access potential Internet users. This, in turn, spurs innovation and creates opportunities as it encourages people to create local content and applications, according to the report.

According to the Internet Society report, the number of African IXPs has increased by 58% over the past eight years, from 19 in 2012 to 46 in 2020 and are delivering significant savings by localizing Internet traffic.

An IXP is a technical infrastructure where multiple networks, including Internet service providers, mobile operators, enterprise networks, research and education networks, e-Government services, and content delivery networks (CDNs) come together to connect and exchange Internet traffic, according to the authors of the report.

‘IXPs enable the local exchange of Internet traffic instead of using expensive international transit routes. This not only makes Internet access much more affordable but also improves the quality of access by providing more direct network connections. Access speeds for content can be up to 10 times faster with an IXP because traffic is routed locally versus international transit routes.’

According to the Internet Society report, more than half of the countries in Africa have an IXP with six countries having more than one, noting that ‘the presence of content delivery networks has increased significantly and the amount of locally available content and demand for content hosting has increased.’

‘Thanks to the continued work with partners over the years, we have many more sustainable IXPs that exchange a considerable amount of internet traffic in Africa. But there’s still work to do to ensure that more Internet traffic is exchanged on the continent,’ Dawit Bekele, Africa Regional Vice President for the Internet Society, a global nonprofit organization promoting the development and use of the Internet.

‘A key success factor for IXPs is that governments understand the value that Internet infrastructure provides, which encourages the adoption of policies and regulations that enable internet ecosystems to thrive,’ Bekele says.

The new report expands on a 2020 analysis of IXP growth in Kenya and Nigeria and provides an overview of the evolution of Internet interconnection on the continent by examining a country in each of the six sub regions: Angola (Southern Africa), Burkina Faso (Western Africa), Democratic Republic of Congo (Central Africa), Egypt (Northern Africa), Mauritius (Indian Ocean), and Rwanda (Eastern Africa), Internet Society says.

Since 2008, the Internet Society says it has been working with the African Internet community, including community groups, technical experts and policymakers, to improve local Internet infrastructure by helping to establish IXPs and strengthen the trust and cooperation between those that build the Internet.

The overall goal is for 80 per cent of Internet traffic in Africa to be exchanged locally, and only 20 per cent routed from outside the continent.