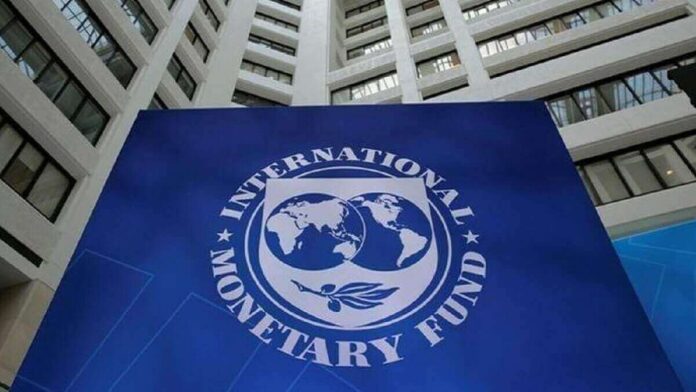 The International Monetary Fund (IMF) has urged countries in Sub-Saharan Africa to do more domestically to increase tax revenues and improve the quality of spending.

Georgieva also assured that the region would enjoy the fund’s support in improving governance, transparency and accountability to their citizens.

According to her, the fund, in 2020 increased 13 times, the financing, especially on emergency basis to Africa.

“We have advocated for debt service suspension and that has provided up to now, some seven billion dollars to low income countries.

“We are looking for ways to reform our concessional lending program, the Poverty Reduction and Growth Trust, so we can do more concessional financing on a larger scale for longer, especially in Sub-Saharan Africa.”

She said the fund now had a big support from the G-20 and was very optimistic it would get a new SDR allocation which for Sub-Saharan African countries with depleted buffers would be a very welcome injection.

The MD, however, called on wealthier members who might not need an injection of reserves to lend through it on highly concessional terms funding that could go to countries that needed it.

On the global front, Georgieva said economic fortunes were diverging dangerously. According to her, a small number of advanced and emerging market economies, led by the U.S. and China are powering ahead. She added that weaker and poorer countries were falling behind in this multi-speed recovery.

“We also face extremely high uncertainty, especially over the impact of new virus strains and potential shifts in financial conditions.

“There is the risk of further economic scarring from job losses, learning losses, bankruptcies, extreme poverty and hunger.

“Policymakers must take the right actions now by giving everyone a fair shot, not just into people’s arms, but also in people’s lives and in vulnerable economies.”

She gave three policy recommendations that should help boost recovery of economies.

First, All should get a fair shot at the vaccine, which means ramping up vaccine production and distribution and steering clear of export controls.

“It also means fully funding the COVAX facility and ensuring that surplus vaccines are transferred to poorer countries.

“Vaccine policy is economic policy. Faster progress in ending the health crisis can add almost nine trillion dollars to global Gross Domestic Product by 2025, best value for public money in our times, but this window of opportunity is closing fast.

“The scientists have given us vaccines in record time, now governments must show the same sense of urgency and collaboration to provide vaccines to everyone, everywhere.”

Secondly, that there is a fair shot at recovery.

According to her, the key is to support vulnerable households and viable firms for as long as the crisis is around.

She added that given diverging recoveries, careful communication by major central banks and prudent policies in emerging and developing countries to minimise harmful financial spillovers was needed.

Thirdly, there was a fair shot at the future.

Georgieva said it was perhaps the most consequential decision that any government could make in 2021 as the focus should be on scaling up public investment.

This should be in green projects and digital infrastructure, in people’s health and education to ensure that everyone could benefit from the historic transformation to greener, smarter and more inclusive economies.

“In many cases, this will mean more progressive taxation and an agreement on questions like minimum taxation for companies and international tax rights.

“This has to be coupled with stronger support for poorer countries as they fight the crisis and seek to invest in the future.”

She added that low-income countries had to deploy 450 billion dollars over the next five years.

She said that as part of a comprehensive effort, they needed more domestic revenue mobilisation, but also more external concessional financing and more help to deal with debt.

The MD added that further extension of the Debt Service Suspension Initiative that was just announced by the G-20 and the new Common Framework for orderly debt restructuring would help. The virtual Spring Meetings which began on Monday would end on Sunday.