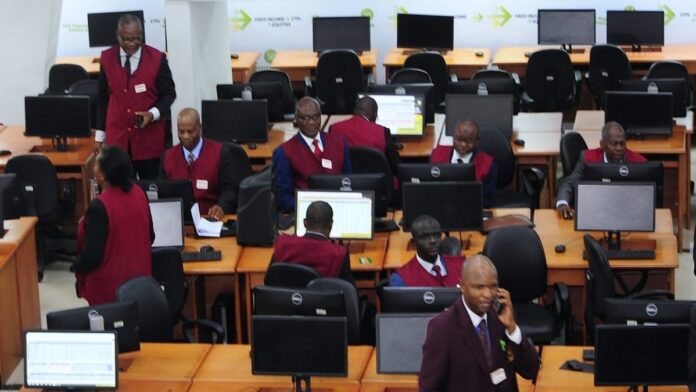 Honeywell on Gaining Streaks despite Bearish Trade on NGX

Honeywell Plc share price stays on gaining streaks on Thursday despite sustained selloffs in the Nigerian Exchange. The group share price continues to record price appreciation after N80 billion business combination deal signed with the Flour Mills of Nigeria early in the week.

The market decline was on the back of selloffs recorded in NB, SEPLAT and some other market bellwethers, analysts at Atlass Portfolios Limited said in a Thursday market note.

The market index dropped off by 136.25 basis points, representing a decline of 0.32 percent to close at 43,108.77 points just as the market records valuation slowdown.  NGX data from its website shows that the market capitalisation lost ₦71.44 billion to close at ₦22.49 trillion.

Meanwhile, the market activities were positive as the total volume and value traded appreciated by 9.43 percent and 12.53 percent, respectively. A total of 266.12 million units valued at ₦4.22 billion were transacted in 3,905 deals.

HONYFLOUR topped the traded stocks in terms of volume, accounting for 19.72 percent of the total volume of trades on Thursday in the local bourse.

SEPLAT emerged as the most traded stock in value terms, with 28.08 percent of the total value of trades on the exchange.

According to stockbrokers, HONYFLOUR emerged as the most profitable stock for the day, topping the gainers’ chart with a price appreciation of 9.87 percent.

The stock gaining streaks have persisted since the first trading session in the week amidst Ecobank claims that could alter the deal that appeared to have been closed.

Conversely, 24 stocks depreciated in price led by MRS with price depreciation of 9.87 percent to close at ₦13.7.

Today, the market breadth closed negative, recording 14 gainers and 24 losers. Safe for the Insurance sector that grew by 0.64%, the Oil & Gas (-1.64%), Banking (-1.16%), Consumer Goods (-1.06%) and Industrial Goods (-0.01%) tanked as against the previous session, Atlass Portfolios Limited said in the note. # Honeywell on Gaining Streaks despite Bearish Trade on NGX