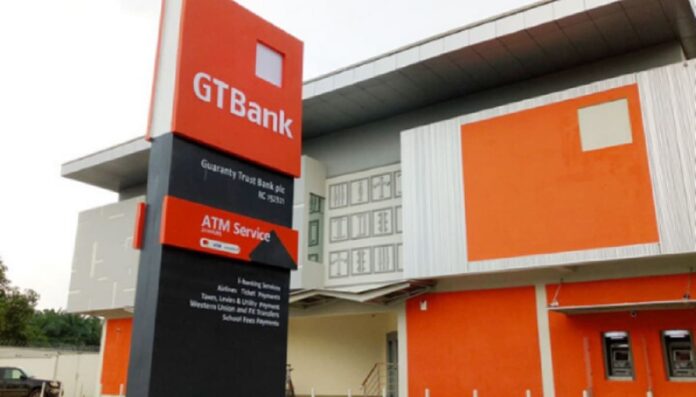 Guaranty Trust Bank (GTBank) stock has been rated as overweight after earnings beat amidst pandemic-induced economic stress in financial year 2020.

In an equity report, by overweight rating, analysts at Asset & Resource Management (ARM) Securities limited guide investors that the stocks has potential to outperform the market in the future.

“Accumulate security to an extent moderated by cognizance of its benchmark weight”, analysts explained.

Though, there is an indication of asset quality pressure which is expected to probably exacerbate following withdrawal of the apex bank loans restructuring forbearance.

In the banking sector, GTBank exposure to oil and gas clients is heavy but things appear to begin to falling in place as oil recovery has been fast and rapid.

A slew of analysts also considered as the bank as industry’s cost leader due to size of cheap customers’ deposits.

GTBank has always recorded lowest cost of funds compare with peers and strong earnings due to strong footprint in the retail segment.

Analysts think GTBank stock will perform very well in the future and they are actually asking investors to ramp up the share in the market.

After earnings beat in 2020, the Board of Directors has proposed to pay final dividend of N2.70 per ordinary shares rank for dividend.

In its audited result for 2020, GTBank profit before tax and profit after tax expanded by 2.8% and 2.3% year on year respectively.

ARM Securities said key driver for the growth in earnings were lower funding cost and slight expansion in interest income.

In addition, there was 8.9% increase in non-interest revenue which analysts think provided support to growth in earnings.

ARM Securities said lender’s profit after tax of N201.4 billion came in slightly lower than its estimate of N207.4 billion, representing a 3% deviation from expectation.

However, analysts think the deviation largely mirrored a higher-than-expected outturn in operating expenses.

This brings the total dividend for the financial year to N3.00/share. Analysts explained that lender’s funding cost was lower by 27.4% with weighted average cost of fund contracting by 103 basis points.

However, analysts at ARM Securities noted that lender’s average yield on assets was down by 130bps year on year to 8.9%.

Overall, net interest income rose by 9.6%, while its related margin contracted by 5bps reflecting a faster decline in asset yield.

Further down the line, analysts noted that GTBank recorded a growth of 8.9% year on year in non-interest revenue against the backdrop of foreign exchange revaluation gain and trading income.

Streamlining to the quarterly numbers, GTB reported a better performance compared with the financial year trend.

ARM Securities consider this as a reflective of improved funding cost and sturdy expansion in non-interest revenue (NIR).

Some 143% quarter on quarter drop on interest expenses paid on deposit from banks and 34% dropped on interest paid to customers lower the bank funding cost.

ARM Securities said the bank’s interest income over the quarter was pressured, declining by 2.7% QoQ, due to the lower interest rate environment.

The stock currently trades at a current P/B of 1.18x which is at a premium its one-year average of 1.08x and a discount to its five-year historical average of 1.56x.

“Our last communicated fair value estimate on GUARANTY is N35.16 which translates to an OVERWEIGHT rating on the stock”, ARM Securities explained.

The bank’s operating expenses went up 12.6% year on year and surged 20.4% in the fourth quarter of 2020 above figure reported in the third quarter.

CSL Stockbrokers Limited explained that the year on year growth coupled with a moderate 10.2% growth in total operating income led to a marginal deterioration in the bank’s cost to income ratio ex-provisions to 36.4% in 2020 compared with 35.6% in 2019.

“Without significant deterioration in asset quality, which we believe is unlikely in the near term, we believe the bank’s capital position will remain resilient.”, CSL Stockbrokers said

Amidst rising asset quality challenge, analysts at CSL Stockbrokers said with NPL ratio of 6.4%, they remain comfortable with the bank’s asset quality.

“We have a Buy recommendation on Guaranty Trust Bank with a target price of N47.74 per share” it added.