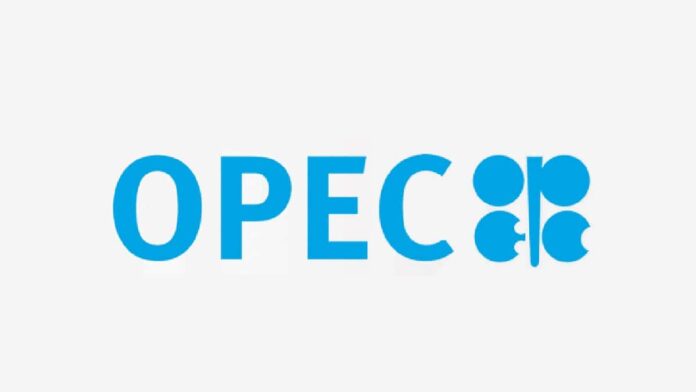 The OPEC Secretary General, Dr Mohammad Barkindo, disclosed this at the Virtual 11th IEA-IEF-OPEC Symposium on Energy Outlooks on Wednesday.

“The global primary energy demand is forecast to continue growing in the medium and long term, rising by a hefty 25 per cent by 2045.

“Oil will remain the largest contributor to the energy mix in 2045 at 28 per cent.

“To meet this future demand, the global oil sector will need cumulative investment of US$ 12.6 trillion in the upstream, midstream and downstream through to 2045.

“These investments are essential for both producers and consumers,’’ he said.

According to him, underinvestment remains one of the greatest challenges for the industry and has been exacerbated by the COVID-19 pandemic.

He noted that over the course of 2020, investments declined by 30 per cent, adding that there was the need to work towards creating an investment-friendly climate.

“There is a common thread linking the cooperation between our Organizations; the “Declaration of Cooperation (DoC) actions to restore market stability and the producer-consumer dialogue.

“It is something deeply ingrained in OPEC’s raison d’etre.

“In our fast-changing and unpredictable world, we seek to contribute to greater stability, more predictability and enhanced transparency,’’ the OPEC Scribe said.

He further noted that the organisation constantly seeks to improve its capacity, believing that this would help to build a better future that would serve the interests of generations of producers and consumers.

Hosted by the IEF, the symposium reviewed the IEA’s and OPEC’s short-, medium- and long-term outlooks, which are analyzed in the newly released IEF-RFF Outlooks Comparison Report.

Produced by the IEF and Resources For the Future (RFF), the report posted on the IEF website highlights a reset in energy outlooks after the biggest demand shock in history last year.

“The pandemic’s impact on energy demand is unparalleled in the history of energy markets,” says IEF Secretary General Joseph McMonigle.

“The symposium explored what government policies and industry responses are necessary to safeguard the long-term stability of energy markets.”

The pandemic has also led to a downward revision in long-term annual economic growth by as much as 0.8 percentage points in some outlooks, the report noted.

The Symposium is part of a wider joint program of work by the three organizations originating from the 12th International Energy Forum held in Cancún, Mexico in March 2010. The Symposium was live-streamed and open to the public.

Dr Fatih Birol, the Executive Director of the IEA, said: “Dialogue and cooperation will be increasingly vital to steer the global energy system towards a future that is fit for tomorrow’s generations, where energy is abundant, affordable, clean and is used to underpin growth and development.”

In his opening remarks to the Symposium, Mohammad Sanusi Barkindo, OPEC Secretary General, recognized the vital contributions of the OPEC and non-OPEC countries participating in the Declaration of Cooperation (DoC) in helping to stabilize the oil market over the past year, and the importance of close dialogue with the G20, the IEA and IEF in supporting market rebalancing efforts.

He also emphasized the need for continued investment in the oil industry to ensure stability of supply and to help maintain an inclusive approach to addressing climate change, the energy transition and energy access challenges.

“These investments are essential for both producers and consumers,” he said.

“In our fast-changing and unpredictable world, we seek to contribute to greater stability, more predictability and enhanced transparency,” the OPEC Secretary General told the Symposium.

“We constantly seek to improve our capacity to do so, for we believe this will help us build a better future, one which serves the interests of generations of producers and consumers.”

GECF Secretary General Sentyurin, said: “Despite the pandemic, GECF Members have displayed outstanding discipline and resilience in the uninterrupted fulfilment of their obligations towards all contracting parties.”

“It is too early to write off hydrocarbons as they will remain the dominating source in the global energy mix for the foreseeable future,” he added.

Other key findings in the IEF-RFF Outlooks Comparison Report include:

Fossil fuels are expected to dominate the primary energy mix thru 2040, even in scenarios where countries meet the Paris Agreement’s climate goals.

The gap between current pathway scenarios and alternative scenarios is large and growing annually, signaling that the zero-carbon emissions scenario may not be achieved.

Demand for oil is expected to be stable over the long term globally, although demand will likely shift from developed to developing countries.

Differing outlooks on the expected importance of hydrocarbons suggest that new technologies such as carbon capture, use and storage (CCUS) could have a bigger role to play.

Nuclear, hydro, wind and solar will account for a majority of growth in the electricity sector, while coal is expected to decline and natural gas faces an uncertain future as a transition fuel.

Growing climate ambitions in the lead up to COP26 will have significant implications for the energy sector, which accounts for three-quarters of global emissions.