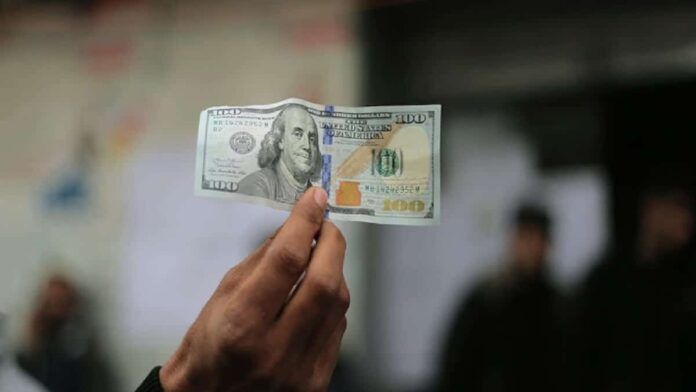 The dollar firmed against most major currencies to start the week, trading near the top of its recent range, with the focus on a busy Tuesday-Wednesday period this week.

The announcement is expected to show no change in actual policy but perhaps changes in outlook. A report noted that FOMC is likely to upgrade its forecasts for inflation and there may be a few more participants seeing a first rate hike in 2022 or even more in 2023.

But neither is expected to move the needle that much. Rather it is timing of a reduction in FOMC’s securities purchases that will get the attention in the statement and Fed Chairman Jerome Powell’s press conference. Until then, the dollar is expected to hold in a narrow range, even after Tuesday’s data.

A quick summary of foreign exchange action heading into Monday:

The pair subsequently lifted back to 1.2100, with the market lacking commitment to follow through. The European Central Bank at its policy review last week stuck to its commitment of significantly higher Pandemic Emergency Purchase Programme purchases, which disappointed some who had been anticipating the removal of the word “significantly” from the bank’s statement.

This has curtailed EUR-USD’s upside potential, while the foreign exchange market also appears reluctant to commit to selling dollars despite the sharp drop in longer-dated Treasury yields last week.

USD-JPY has continued to oscillate around the 109.50 level. The sharp drop in US Treasury yields last week, which saw the 10-year US versus Japan yield differential narrow by well over 10 basis points, had little sustained downside impact on USD-JPY.

The pronounced US versus Japan inflation differential also stands out as a negative dynamic for the nominal level of USD-JPY.

GBP-USD has pushed towards recent range lows, which are marked by 1.4073-1.4085, which marks a key support zone. While the pair has been in a broad uptrend since March last year, upside momentum has waned in the recent phase, and the prevailing bias looks to have shifted to the downside.

There is concern that the UK will need to postpone the last stage of its reopening due to an increased level of COVID cases.

Even so, the upside for the Canadian dollar is rising oil prices, which hit a 32-month high earlier Monday and are likely to remain high due to lower output from the Organization of the Petroleum Exporting Countries.