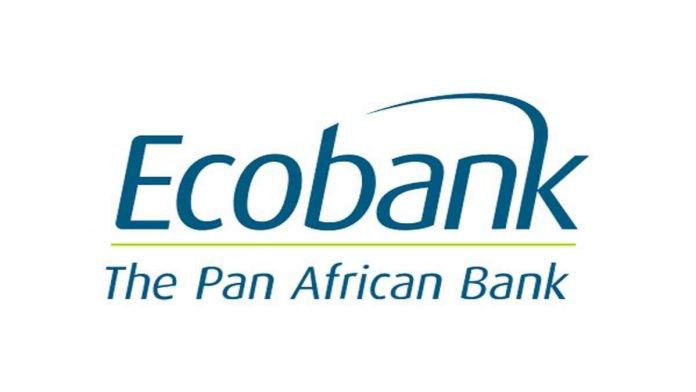 Ecobank Group, a Pan-African lender, reflates earnings performance in the first quarter (Q1) of 2021 as profit before tax printed at $100 million, rising by 11% year on year from $90 million in the comparable period in 2020.

On what drive the uptick, the management said the ongoing focus on driving cost efficiency led to an improvement in the cost-to-income ratio from 62.7% in 4Q-2020.

Accordingly, the group cost-to-income ratio printed at 59.3% in Q1, the lowest in a decade, despite a challenging revenue environment.

According to the group financials, customer deposits grew $2.0 billion year-on-year to $18.1 billion while the Pan Africa lender’s non-performing loans (NPL) ratio closed at 7.7%. Coming flat with record level in 4Q-2020 but a significant improvement when compare with 9.9% in 1Q-2020.

Profit before tax printed at $100 million, increasing by $10 million or 11 per cent. Adjusting for the net impact of foreign currency translation effects (constant currency), the growth in pre-tax profits was 27 per cent, reflecting strong operating leverage.

Ecobank group net revenue (operating income) settled at $409 million, increasing by $17 million or 4 percent having benefited from an increase in net interest income.

In constant currency, net revenue increased by $32 million or 8 per cent.

The strategic focus to increase current accounts and savings accounts (CASA) deposits and reduce our cost of funds is paying off and supporting margin expansion in a low interest rate environment.

However, the group non-interest revenue of moderated by 6% to $172 million. Ecobank said the decrease reflected ongoing challenges in the economic environment that is impacting business activity and consumer consumption.

“Also, the likelihood of a resurgence in virus infections is possible. These uncertainties are holding businesses from investing and affecting trading activity, in turn impacting our fee and generation income”, the Pan African lender said.

It added that episodic consumer spending led to an increase in card management fees. Overall, net fees and commissions rose by $3 million or 3 per cent to $100 million.

Expenses were $243 million, declining by $17 million ($14 million in constant currency).

Specifically noted is the fact that Staff costs declined by $10 million to $108 million and other operating expenses by $9 million to $109 million. However, depreciation and amortisation costs inched up by $3 million to $26 million.

The cost-to-income ratio (efficiency ratio) was 59.3 per cent, an improvement of 670 basis points and 350 basis points, from the first quarter of 2020 and yearend 2020. Impairment charges on loans (net) were $48 million compared with $35 million in the prior.

Ecobank indicated that the higher impairments in the current quarter reflected an increase in gross impairments, partially offset by lower loan recoveries than prior year.

Also, given the still uncertain economic outlook, total impairments for the first quarter includes a macro-overlay of approximately $10 million.

The group financial statement showed gross loans and advances to customers printed at $9.541 billion in Q1-2021, up $150 million or 2 per cent year on year. Though, year to date, lender’s loan book dropped.

Explaining, the group said the year to date decrease in loans reflected the ongoing challenges in the operating environment in which potential demand and lending opportunities within its risk appetite remained limited.

Also contributing to the decline according to the Pan-African bank were early client pay downs and run-offs of loans as businesses de-risked their balance sheets.

“Overall, we saw lower loan balances across all our business lines in the year to date period. Deposits from customers were $18,102 million, up $1,999 million or 12 per cent”, the group stated.

Ecobank said recoveries, collections, and write-offs drove the decrease, which caused non-performing loans ratio to inch up slightly to 7.7 per cent from 7.6 per cent in 2020.

“As we continue to build higher pre-tax pre-provision operating profit, we expect to drive coverage gradually towards 100 per cent of nonperforming loans in the near term”, the group stated.

Commenting on the result, Ade Ayeyemi, Ecobank Group CEO, said the firm’s performance in the first quarter was strong, despite the continuing challenging operating environment.

The group CEO said revenues increased 4% to $409 million, and the bank earned $100 million in profit before tax, an increase of 11% year-on-year.

“Earnings per share grew by 8%, and return on tangible equity was 15.7%. These results reflect the benefits of our diversification and the sustained focus on our strategic priorities.

“We were also pleased with the underlying performance of our businesses. Our Corporate and Investment Bank delivered a 4% increase in revenues, driven by efficient balance sheet utilisation and support for clients with structured financial solutions”, the Pan-African bank Chief said.

However, the consumer continues to be disproportionately affected, which contributed to revenues in Consumer Bank declining by 3%.

“But we are encouraged by the gradual pick-up we are seeing in consumer spending activity. We continued to be unrelenting in our efficiency goals and improved further our cost-to-income ratio from 62.7% in the fourth quarter of 2020 to 59.3% in the current quarter, the lowest in a decade.

“We continued to build our impairment reserves on nonperforming loans in line with our goal of achieving a reserve coverage close to 100% in the near term. Consequently, the coverage ratio improved to 81.5%, from 74.5% in the fourth quarter of 2020.

“Our balance sheet continues to be liquid, robust, and healthy, providing us with the capabilities to be supportive of our client’s financial needs. The focus on driving digitalisation in all our client engagements contributed to sustained growth in customer deposits,” Ayeyemi continued.

“Finally, I am proud of my fellow Ecobankers who continue to serve our customers and communities. Though the economic outlook remains uncertain with virus resurgences across parts of the world creating fragility in economic recovery, whatever the outcome, we are focused on remaining resilient and creating shareholder value for the long term.

“We will drive momentum to ensure a sustainable revenue expansion path with our clear focus on our people, platforms, products and ultimately performance.” Ayeyemi concluded.