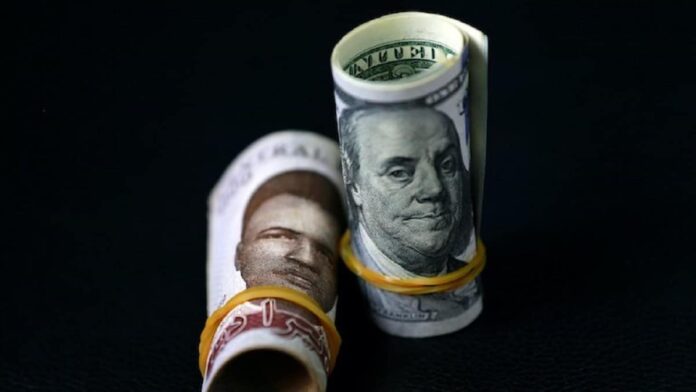 Plan to deploy foreign currency (FCY) borrowings could expose the Federal Government to a high level of exchange risk, Coronation Research said in a report.

Despite low interest rate environment, the Budget document indicated FG plan to part-finance total deficit with local and foreign borrowing at the ratio of 50:50.

In its report for this week, Coronation Merchant Bank expressed fear the move to substantially finance deficit with dollar would expose it to a high level of foreign exchange risk.

The research segment of the Merchant bank said in a report where it appraised the government plan towards budget deficit financing in 2021.

The firm in the report asks what will be the Federal Government of Nigeria’s (FGN) next move when it comes to financing its deficit.

It added that this may be true, but position that today’s market conditions suggest the Eurobond market, where conditions are good, in our view.

The firm said over the weekend Bloomberg featured a discussion about the rates of a recent series of CBN open market operation (OMO) bills, which exceeded 10.0% at one year duration.

“This, it was argued, could pave the way for an adjustment in the Naira/US dollar exchange rate which would, in turn, encourage foreign investors to purchase OMO bills again”, it stated.

The report added that sales of OMO bills to foreign investors has been a key part of public sector financing in recent years.

“Our issue with this line of reasoning is that foreign portfolio investment (FPI) depends on liquidity, as well as attractive interest rates and a solid exchange rate”, Coronation stated.

The firm noted that typically, a foreign investor’s purchase of OMO bills is backed with a purchase of non-deliverable forwards (NDF) for which the investor is paid back in Naira.

It also note that the conversion back into US dollars depends on foreign exchange liquidity and this, which in its view, is difficult to fix.

“It is not impossible to fix it but for the time being we think that issuing Eurobonds would be the better way of using foreign investors to finance the public sector”, Coronation added.

The firm hinted that it would help if an exchange rate adjustment convinced the markets that a period of exchange rate stability lies ahead.

Coronation recalled that an argument against the Federal Government of Nigerian issuing Eurobonds, until recently, was that their yields were higher, in US dollars, than those of FGN bonds in Naira.

It said this was true up until December 2020, but since then yields of FGN Naira-denominated bond have risen sharply, so the interest cost of issuing US dollars is now lower than Naira.

However, Coronation maintained that for the FGN to fund its deficit substantially in US dollars would expose it to a high level of foreign exchange risk.

“As a rule, it is best for countries to borrow in their own currencies unless for the purpose of diversification”, the firm added.

As a result of adhering to this maxim the outstanding face value of FGN public debt in US dollars is small in comparison with what it owes in Naira.

Using an exchange rate of N395.9/US$1, Coronation said the face value of the FGN’s Naira public debt to its US dollar public debt stood at a ratio of 3:1.

It recognised Nigeria was widely judged to have missed the boat this time last year when it was slow to come to the market with a Eurobond issue.

The report reads that in the first months of 2020 Ghana and Gabon issued a total of US$3.0bn in Eurobonds between them before Nigeria could get to the market.

“Nigeria has been absent from the new issue market for over two years, and we believe a sale would be welcomed now”.

Coronation said all this is good news for investors in FGN Eurobonds.

Nigerian Eurobonds not over-supplied and the country has a good track record in paying back both interest and principal, the firm added.

In January, for example, the report stated that Nigeria paid back the principal of a US$500 million Eurobond.

It noted the so-called global hunt for yield keeps investor interest high, with Nigeria’s yields trending down over recent months.

Those investors tolerating high-risk and high-yield issuers when interest rates in developed markets are extremely low.