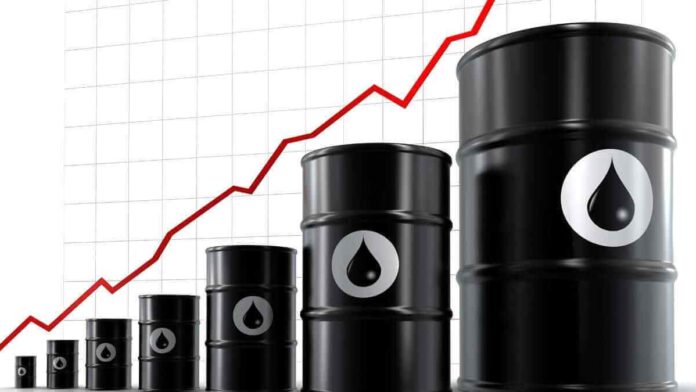 Oil prices increased on Thursday as a more-than-expected decline in US crude oil inventories combined with the easing of restrictions in the country signal an oil demand rebound.

In the oil market, international benchmark Brent crude was trading at $69.09 per barrel, recording a 0.18% increase after closing Wednesday at $68.96 a barrel.

American benchmark West Texas Intermediate (WTI) was at $66.12 per barrel at the same time for a 0.74% rise after it ended the previous session at $65.63 a barrel.

Oil prices found support from the narrowing gap between demand and supply with the greater-than-expected fall in US crude stocks last week, signaling a crude demand rebound in the US, the world’s largest oil consumer.

Some oil and gas analysts explained that the easing of coronavirus restrictions by major oil-consuming countries also help in pushing demand upward.

The Organisation of Petroleum Exporting Countries and allies (OPEC+) began to bring additional supply to the market from the beginning of May, after expressing confidence in an oil demand recovery in the second half of the year.

The group’s positive sentiments coincided with the gradual easing of pandemic mitigation measures in the US and Europe, although the worrisome increase in Asian countries, especially in India, continues to curb demand.

Several US states, including New York, New Jersey and Connecticut announced either partial or complete lifting of restrictions, while European countries are also experiencing the gradual removal of restrictions.

France is lifting internal travel restrictions while many countries, including Germany, Italy, and Denmark, are set to ease restrictions for those fully vaccinated. In Ireland, restrictions will be lifted gradually up to June 7 and the UK expects Covid restrictions to be further eased on May 17.

Some security personnel were killed and injured in the bombing, however, the attack did not affect oil output.