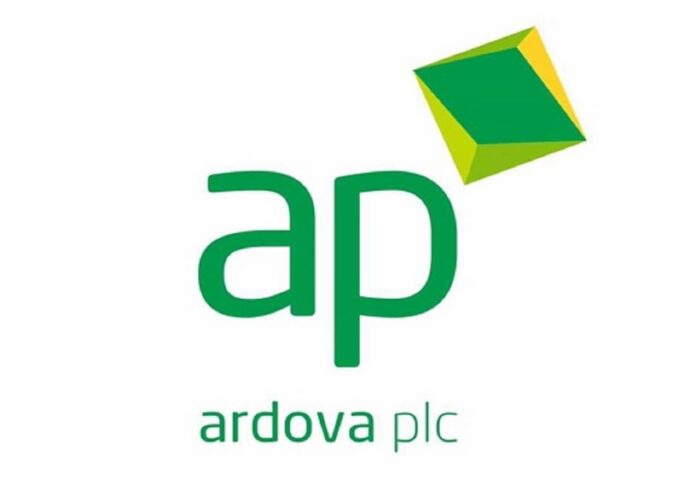 ARDOVA: What Moderate Outlook Mean for Shareholders after Earnings Slump

Equity analysts at United Capital have a moderated outlook for the ARDOVA Plc, Nigerian leading indigenous and integrated energy company, performance after earnings slumped in 2020.

Dragged by coronavirus-induced stress, the downstream oil company’s profit tumbled by about 53% to N1.858 billion from N3.916 billion.

Share price settled at N14.85 after Friday close as investors valued the company at N19.341 billion on 1.302 billion shares outstanding.

A deep dive into the company’s audited financial statement showed that non-recurring income in the prior year overwhelmed its profitability performance.

As a result of this high base effect, performance scorecard for 2020 appears dry as earnings fell from comparable year. It was a case of good time transcending into bad time for ARDOVA, formerly Forte Oil Plc.

Basically, investors in the company shares would feel the heat of the moment partly ushered in by the outbreak of coronavirus.

While the company earned N1.40 on every shares used to finance its operations and ranked for dividend, shareholders would receive paltry N0.19 kobo.

This translates to less than 14% of the earnings while the company recapitalise some 86% in the year amidst plan to acquire Enyo assets.

The downstream oil company is also face with continuation of the NNPC direct sale, direct purchase program (DSDP) that makes NNPC through the PPMC sole importer of PMS

With the business model, analysts believe that ARDOVA and other downstream players will continue to earn a retailer’s margin for PMS sales.

For 2021, analysts then said they are expecting moderate outlook for Ardova Plc due to existing industry’s challenges including tightly controlled margin.

In its recently released audited financials, ARDOVA Plc did 3.1% year on year growth in revenue, printing at N181.9 billion from N176.5 billion.

Equity analyst at United Capital believed that the company’s revenue growth was driven by increased sales of petroleum products.

In the pandemic year, ARDOVA raised sales of petroleum products by 3.4% above what it reported in 2019.

It was then noted that operating income dropped by 16.0% to N4.1 billion due to 2019 high base lifted by gain on disposed assets recorded.

Earnings per Share (EPS) fell 52% to N1.4 per share while ARDOVA proposed a dividend of N0.19 per share. Analysts see the company financial scorecard trend as a reasonable growth despite tough operating environment.

Explaining their views, analysts said n 2020, the economic lockdown brought about by the Covid-19 pandemic hampered fuel demand in Nigeria.

However, they also recognised that due to the price hikes and increased market share, Ardova Plc reported a relatively strong year.

In addition, analysts said the company’s solar system business performed poorly as it recorded a 74.4% decline in revenue to print at N10.0 million from N39 million in 2019.

At the company’s analyst presentation, United Capital hinted the management said its rising sales numbers were due to its increased market share.

That comes in the quest to become the market leader, citing data from Nigeria’s Major Oil marketing association (MOMAN). Its trading profile indicated that cost of sales printed higher at N169.7 billion from N165.2 billion in 2019, translating to a 2.6% uptrend.

United Capital stated that the growth in cost of sales was mainly driven by an increase in petroleum product costs, which grew 3.0% to N157.0 billion from N152.3 billion in 2019.

In addition, analysts added that the company booked N25 million in direct costs due to the unveiling of its haulage business as part of its efforts to bolster operating efficiency.

“We note that the marginal improvement in gross margin was driven by the higher margins in its Lubricant (26.2%) segment compared to Petrol or PMS (4.2%)”, United Capital explained.

It was noted that profit margins in the PMS segment remained low, as the firm does not hold any wholesaler privileges, which would have allowed for improved margins.

However, analysts said ARDOVA’s drive to increase its market share in the lubricant market by signing an agreement with Shell lubricant is laudable as it looks to support its more profitable segment.

As analysts at United Capital adjusted for the non-recurring profit of N2.6 billion booked on disposal of the company’s stake in subsidiaries, operating profit was up 46.6%, projecting Ardova’s performance in 2020.

ARDOVA’s finance income also declined by 94.1% year on year, mainly due to interest on subsidy booked in N3.9 billion in 2019.

This impacted on the company’s financial performance in 2020 as net finance cost increased by 356.1%.

As noted by United Capital, Ardova’s total assets in the period grew 10.4% to N68.4 billion, which was due to increase in building under construction.

Analysts recognised the ongoing capital investment as ARDOVA continues to expand on its base – retail stations.

Carrying value of the company’s properties, plant and equipment rose 49.0% to N15.2 billion in the period.

While starving for funding, the management stretched debt/borrowing lines in 2020 as total debt grew 121.1% to N11.8 billion.

However, finance costs tumbled 68.9% though average cost of borrowing settled at 10.5% because the bulk of the borrowing was accessed via overdraft facilities, analyst explained.

United Capital added that at 10.5%, ARVODA’s cost of borrowing is well above discount rates on commercial papers which tumbled to a record low in 2020, with several large corporates issuing capital at sub-3%.

“We opine that ARDOVA would benefit from a capital market program to optimize its funding cost, considering that the yield environment remains relatively friendly for private sector capital raise”, the firm added.

Interest coverage was however stronger at 3.9x in 2020 compare with 1.5x in 2019 as net cash flows from operations printed at N4.8 billion from N4.7 billion.

They noted that the company’s operating margin and profit before tax margin were up 100 bps and 47bps in the year.

This was attributed to a 166 bps moderation in operating costs year on year -adjusting for gain on assets in 2019.

“Due to the continued uncertainty around the adjustment of Petrol (PMS) prices, we have also tempered our optimism around full price recovery”, United Capital explained.

Analysts however noted the government made efforts to partially deregulate and moved away from its regulated pricing regime in 2020.

The recent dynamics in the market points to another episode of policy backflip.

According to the PPPRA pricing framework, the landing cost of PMS should be in the range of N209-N212 per litre, considering the rising spot free on board Rotterdam prices.

“The FX challenges and the continuation of the NNPC direct sale, direct purchase program (DSDP) means the NNPC through the PPMC remains the sole importer of PMS”

As such, analysts believe that ARDOVA and other downstream players will continue to earn a retailer’s margin for PMS sales.

It would be recalled that recently, the company disclosed its intentions to acquire Enyo.

United Capital said clearly, the Enyo acquisition fits nicely into ARDOVA’s expansion drive and would complement its retail base.

ARDOVA currently has a network of about 450 or more stations, Enyo will add to this strong base with about 90 or more retail outlets in 15 Nigerian states.

“While we are unable to factor in the potential impact of the acquisition into our model estimates for now due to non-availability of the official data.

“We expect this to further bolster volumes and improve overall performance due to a potential benefit from economies of scale.

“In view of the foregoing, our expectations for the performance of ARDOVA in 2021 remain moderate.

“As such, we retain our model assumption while awaiting details about the proposed acquisition”, analysts stated in the equity report.

However, the company’s target price has been adjusted to N17.63 compared to the current market price of N14.85.

This, according to equity research analyst at United Capital, portends an upside of 19.6% thus retain BUY rating on the ticker.

ARDOVA: What Moderate Outlook Mean for Shareholders after Earnings Slump