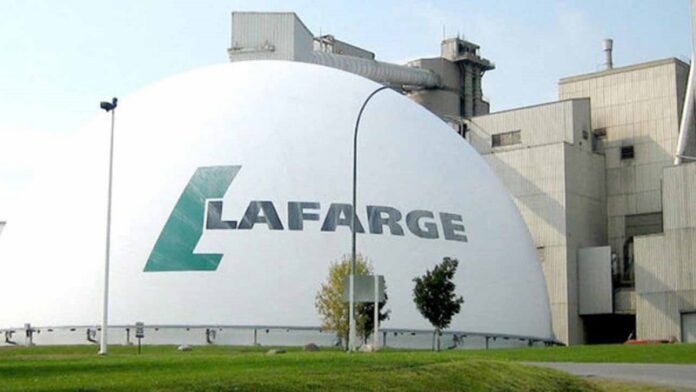 In the week, Lafarge Africa Plc released a notification on the outcome of the emergency meeting of the Board of Directors.

According to the notification, the Board resolved to divest its 35% shareholding in CBI, a company involved in the development, financing, and operation of cement grinding plant in Ghana.

Chapel Hill Denham in an equity report said Lafarge is on its way to complete turnaround plan with the proposed divestment.

Considered as a margin dilutive, CBI has been returning negative, the same experience Lafarge had with its South Africa subsidiary until sold recently.

Lafarge has been on turnaround program to strengthening its market and earnings position amidst strong rivalry in the oligarchy market in Nigeria.

Due to size, and of course margin, Nigeria remains most pricey across African countries and solid footprint in the domestic market means strong earnings for the company.

“We see this decision as an extension of its restructuring/turnaround plan, following the divestment from Lafarge South Africa Holdings Limited (LSAH) in 2019”, Chapel Hill Denham said in a report.

While the decision to divest from CBI means that Lafarge will completely miss out from the growing export market, especially in Ghana, Chapel Hill Denham thinks the move is positive, since management will now strictly focus on Nigeria.

“Beyond that, we imagine that the structural demand opportunity in Nigeria will continue to keep the company’s volume and margins strong”, analysts stated.

Meanwhile, unlike LSAH’s spin-off, where Lafarge booked N106 billion in divestment proceeds, analyst Chapel Hill Denham said they do not anticipate any substantial consideration from the dissociation from CBI.

“From our analysis, we understand that the carrying amount of Lafarge’s investment in CBI has been fully depleted with a carrying net liabilities of N375.61mn.

“We wait for further clarity from management to gauge the expected accretive impact on cash flows and valuation”, Chapel Hill Denham explained.

Analysts believe that Lafarge’s management will be less distracted henceforth, said the news of its proposed disassociation from CBI is, by far, less surprising to us.

“In fact, our previous view on the company’s tactics now aligns neatly with management’s strategy. We had said that the need to regain the lost market share in Nigeria, where profitability is at the highest, will incite management to strictly focus on the domestic market.

“At this initial stage, we have retained our BUY rating and 12-month TP of N31.11, but stress that consensus upgrade to valuation is on the cards on the back of this announcement”, Chapel Hill Denham added.

On an absolute basis, analysts think the stock offers a potential upside of 19.7% from the current level, including a dividend yield of 7.6%, implying a total expected return of 27.3%.

“We find Lafarge to be unjustifiably cheap, trading at 2021E enterprise value (EV) to earnings before interest tax depreciation and amortisation (EBITDA) and price earnings ratio of 4.8x and 8.5x, respectively.

“While we believe companies with significant exposure to export markets will benefit from the growing clinker demand across West and Central African markets, a development that could trigger an above-sector volume growth, we are confident that the structural demand opportunities in Nigeria will continue to support volume growth for the company”, Chapel Hill Denham stated.

“Since 2018, the year which marked the official floating of its turnaround strategy, Lafarge Africa halted cement export to Ghana, due to an uncompetitive pricing environment.

“Beyond that, it has also divested from the margin-dilutive LSAH, to essentially cement its domestic-centric stance.

“These decisions, especially the latter, have proved to be margin accretive and have helped de-risk the balance sheet of Nigeria on a standalone basis.

“We like that the asset disposal gains of N106bn booked on LSAH has helped to gradually wound down its debt profile, a development that has midwifed finance charges deceleration and helped bolster EPS growth”, analysts explained.

Lafarge’s balance sheet is stronger with the company’s earnings now less volatile to currency shocks, as Foreign currency debt is no longer in existence.

In its report, Chapel Hill Denham sees Continental Blue Investment (CBI) as margin dilutive in Lafarge portfolio as with LSAH in the past.

For the sake of evidence, from the revenue of N13.31 billion achieved in 2019, CBI reported a total comprehensive loss of N116.85 million.

The reported loss was however a significant reduction from the N574.11 million loss recorded in 2018, mostly owing to the substantial expansion in topline.

For the same period, the share of loss accrued to Lafarge Africa amounted to N40.90 million.

Meanwhile, analysts said as of December 31, 2019, the carrying amount of Lafarge’s investment in CBI has been fully depleted.

“This is because the losses reported over the years have exceeded the carrying amount of the investment”, Analysts said.

Thus, Analysts explained that Lafarge did not recognise the share of losses for the period that exceeds its carrying amount on the investment.

However, analysts held that Lafarge will miss out in the fast-growing Ghana cement market.

Chapel Hill Denham stated that the Ghanaian cement market is the second largest in West Africa, second only to Nigeria.

“The total installed capacity in Ghana is estimated at 11.9MT, relative to 32.25MT in Nigeria.

“Unlike Nigeria where most plants are integrated, only 1.8MT or 16% of the 11.9MT is integrated, the balance is grinding facilities.